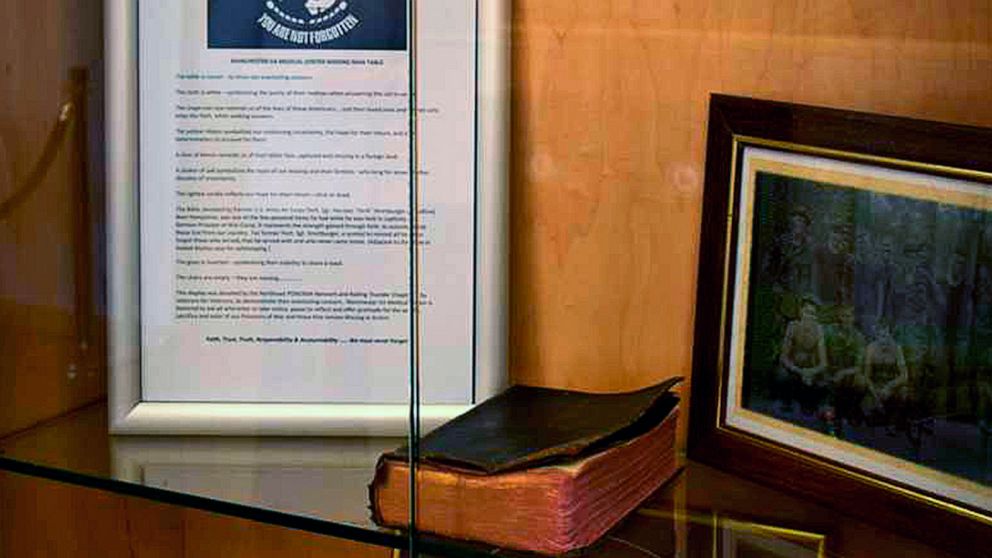 CONCORD, N.H. — A judge agreed to dismiss a nearly 3-year-old lawsuit Wednesday over a Bible displayed on a table at a New Hampshire veterans hospital after the plaintiffs’ lawyer proposed a separate display and sought to work with the hospital.

Two U.S. Air Force veterans filed the lawsuit in federal court in 2019 against the Manchester VA Medical Center director, saying the Bible’s inclusion on a “missing man” table near the entrance honoring fallen or missing veterans and prisoners of war is a violation of the First Amendment of the U.S. Constitution. The case went to mediation.

“One of the focuses was us putting up our own table,” attorney Lawrence Vogelman, who represents the veterans, said at a hearing in requesting the dismissal. He said Veterans Affairs has a specific procedure for requesting a table and would negotiate the details with the hospital’s lawyers in an effort to avoid any more litigation.

“I think that we’re close enough, or hopefully we are, and in the event it doesn’t work out, then you’ll see us again, but I am very optimistic,” Vogelman said to the judge.

An attorney representing the hospital director did not object to the voluntary dismissal request and agreed it would be fine for the veterans to use the hospital’s procedure.

The table, usually placed near military dining facilities, is set for one person and features a white tablecloth, single rose, a lit candle and more. In some displays, a Bible is also on the table.

The lawsuit said the table should be a memorial to all who have served. The veterans had suggested replacing the Bible with a “book of faith” containing the writings and prayers from seven religious groups. Government lawyers argued the lawsuit should be dismissed, saying that some of the allegations were vague and undefined, and that the lead plaintiff acknowledged he wasn’t offended by the display.

The medical center initially removed the Bible in January 2019 after the Military Religious Freedom Foundation objected, saying it got complaints from 14 patients who felt it violated the First Amendment.

But the Bible later reappeared on the table. It was put in a clear case and secured to the table. A VA spokesperson said the medical center received an outpouring of complaints from veterans and others. The lawsuit was filed that May and paid for by the foundation.

That year, former Vice President Mike Pence weighed in on the lawsuit, saying under the current administration, “VA hospitals will not be religion-free zones.”

“We will always respect the freedom of religion of every veteran of every faith,” Pence said in a speech addressing the American Legion National Convention in Indianapolis. “And my message to the New Hampshire VA hospital is this: ‘The Bible stays.’”

U.S. District Judge Paul Barbadoro approved of the plaintiffs’ request and noted that their proposal doesn’t involve any necessary change to the current missing man table.

Barbadoro told Vogelman that from the beginning, “I’ve had some confusion about exactly how to conceptualize your claim.” He said he thought it would be better poised for resolution if it were a “restricted or limited public forum case, rather than a government speech case.”

The Bible at the hospital was carried by a prisoner of war in World War II. The table was sponsored by a veterans group called the Northeast POW/MIA Network, which had intervened in the lawsuit and did not object to the plaintiffs’ actions Wednesday.

The new, proposed table would be sponsored by the Military Religious Freedom Foundation.

Mikey Weinstein, group president, said the table would have the American flag draped on it and contain a published, generic book of faith. A granite stone would display the opening words of the First Amendment: “Congress shall make no law respecting an establishment of religion, or prohibiting the free exercise thereof.”

“We want them to honor them all,” he said.