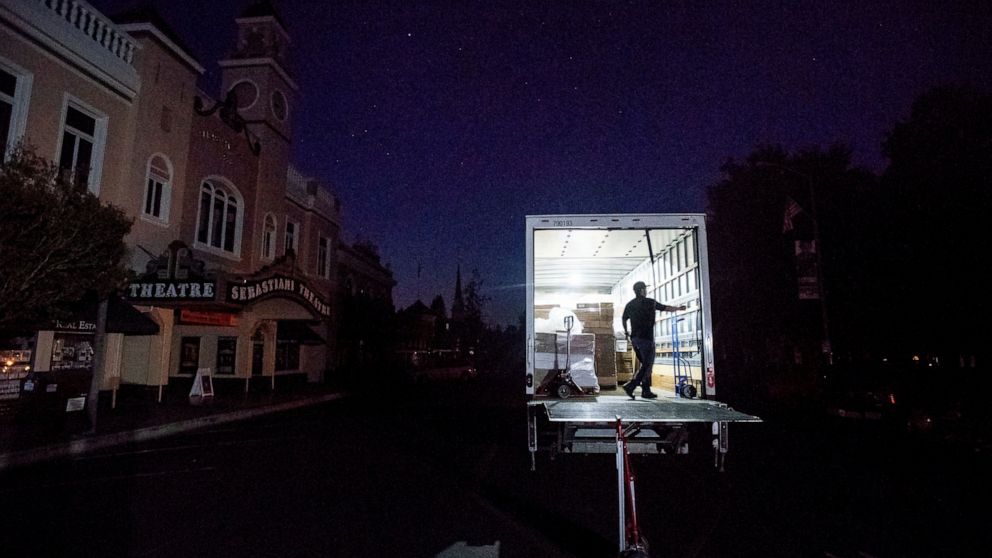 SAN FRANCISCO — Pacific Gas & Electric started cutting power Sunday to tens of thousands of customers in Northern California and planned outages for many more to prevent the chance of sparking wildfires due to extreme fire weather.

The nation’s largest utility said outages began in the north of the state in Shasta, Tehama, Glenn, Colusa and Lake counties and were expected to continue southward throughout Sunday and possibly into Monday.

Power was initially cut to 26,500 customers. As many as 361,000 customers in 36 counties could be affected by the planned outages. Previously, the company announced more expansive blackouts but said it had scaled back in some areas due to shifting weather forecasts.

California is bracing for a return of gusty winds and bone-dry weather that carries the threat of downing or fouling power lines or other equipment that in recent years have been blamed for igniting massive and deadly blazes.

The National Weather Service issued red flag warnings for many areas, predicting winds of 35 mph (56 kph) or higher in San Francisco and lower elevations and up to 80 mph (129 kph) in some mountainous areas of Southern California. The concern is that any spark could be blown into flames sweeping through tinder-dry brush and forestland.

Areas of greatest risk include the Sacramento Valley and some mountainous areas of Southern California, the National Weather Service said.

Southern California saw cooler temperatures and patchy drizzle during the weekend, but weather conditions were expected to change dramatically overnight. Los Angeles County urged residents to sign up for emergency notifications and prepare to evacuate, preferably arranging to stay with family or friends in less risky areas who aren’t suspected to have the coronavirus.

“The reality is come midnight and through Tuesday we’re going to be in the most significant red flag conditions we’ve had this year,” said Kevin McGowan, director of the County’s Office of Emergency Management.

More than 8,600 wildfires have scorched well over 6,400 square miles (16,576 square kilometers) and destroyed about 9,200 buildings in California this year. There have been 31 deaths.

All of the huge fires have been fully or significantly contained, but more than 5,000 firefighters remain committed to 20 blazes, including a dozen major incidents, the California Department of Forestry and Fire Protection said.

Many of this year’s devastating fires were started by thousands of dry lightning strikes. But some of the fires remain under investigation for potential electrical causes.