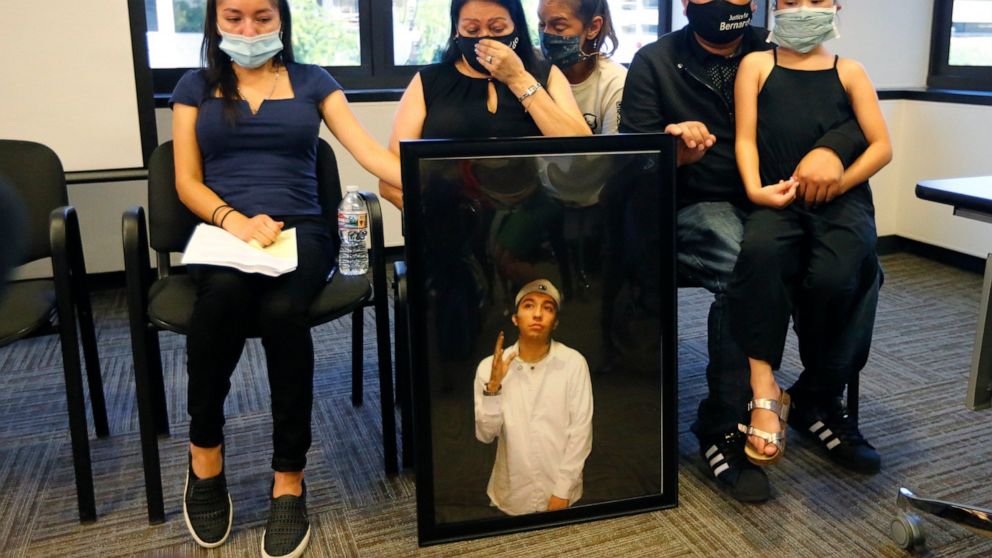 SALT LAKE CITY — The family of a Utah man who was shot at nearly 30 times and killed as he ran from police filed a lawsuit Friday against Salt Lake City and its police department.

The family of Bernardo Palacios-Carbajal family allege the officers engaged in “gratuitous violence” by shooting at him between 27 and 29 times after he was already on the ground and incapacitated. They also say Palacios-Carbajal’s body remained in a parking lot where he was shot for about seven hours.

“Despite the family’s attempts to negotiate, it is apparent that the SLCPD and the Salt Lake City Mayor’s Office (are) not interested in real reform,” the family’s attorneys wrote in a statement. “It is further apparent that the recent proposed changes and statements made by public officials have simply been hollow words designed to placate a discouraged and frustrated public.”

Palacios-Carbajal, 22, was struck 13 to 15 times shortly after midnight on May 23 as he ran away from officers who were investigating a gun-threat call and had yelled for him to drop a gun, according to prosecutors.

District Attorney Sim Gill ruled that the officers’ use of force was justified because Palacios-Carbajal had repeatedly dropped and picked up a gun while running away. Gill, a Democrat, said he was unable to pursue prosecution because the law protects officers if they fear that they or someone else are at risk.

Gill’s decision to clear the officers prompted protests that resulted in an officer being injured. Demonstrators have chanted Palacios-Carbajal’s name, posted fliers calling for justice and painted the street outside Gill’s office red to symbolize blood.

“We are concerned that the district attorney’s decision to not prosecute the officers and SLCPD’s failure to discipline these officers have merely galvanized an already ingrained belief that certain citizens are not deserving of due process, fairness and common decency,” the family’s attorneys wrote.

Salt Lake City police did not immediately return a message seeking comment on the lawsuit.

Sophia Eppolito is a corps member for the Associated Press/Report for America Statehouse News Initiative. Report for America is a nonprofit national service program that places journalists in local newsrooms to report on under-covered issues.