The United States on Tuesday will move to block imports of cotton and tomato products from western China’s Xinjiang region due to allegations that they are produced with forced labour, officials with US Customs and Border Protection (CBP) told Reuters News Agency.

The actions, which hit two of China’s major commodity exports, are expected to be formally announced later on Tuesday by CBP Acting Commissioner Mark Morgan, along with five other import bans involving Xinjiang forced labour abuses in an unprecedented move that is likely to stoke tensions between the world’s two largest economies.

The “Withhold Release Orders” allow the CBP to detain shipments based on suspicion of forced labour involvement under long-standing US laws aimed at combating human trafficking, child labour and other human rights abuses.

The Trump administration is ratcheting up pressure on China for its treatment of Xinjiang’s Uighur Muslims. The United Nations has said it has credible reports that one million Muslims have been detained in camps in the region, where they are put to work.

China has denied mistreatment of the Uighurs and says the camps are vocational training centres needed to fight extremism. 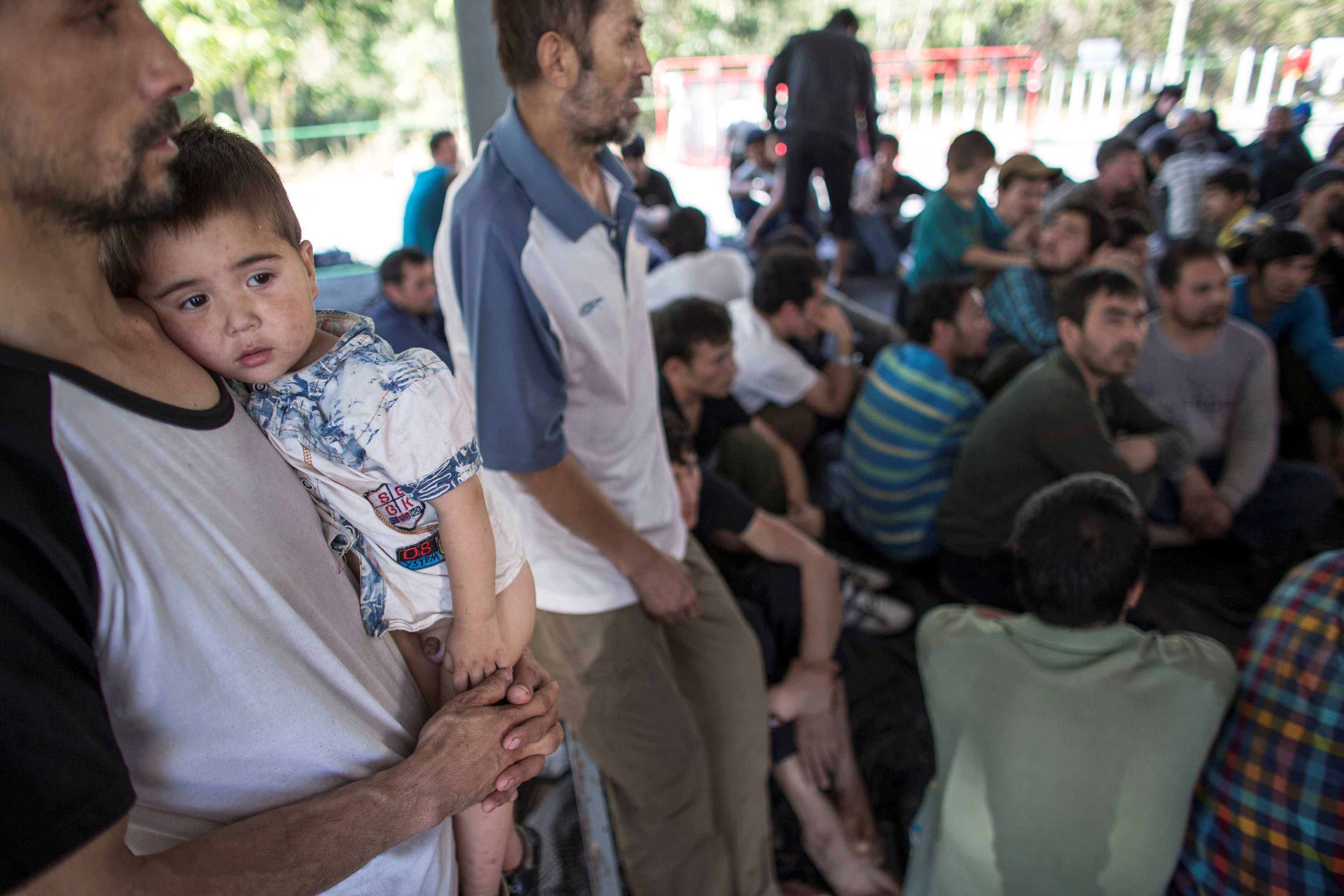 A suspected Uighur from China’s troubled far-western region of Xinjiang, holds his son at a temporary shelter after they were detained at the immigration regional headquarters near the Thailand-Malaysia border in Hat Yai, Songkla [File: Athit Perawongmetha/Reuters]

CBP Executive Assistant Commissioner Brenda Smith told Reuters that the effective import bans will apply to the entire supply chains involving cotton, including cotton yarn, textiles and apparel, as well as tomatoes, tomato paste and other products exported from the region.

“We have reasonable but not conclusive evidence that there is a risk of forced labour in supply chains related to cotton textiles and tomatoes coming out of Xinjiang,” Smith said. “We will continue to work our investigations to fill in those gaps.”

US law requires the agency to detain shipments when there is an allegation of forced labour, such as from non-governmental organizations, she said.

The bans could have far-reaching effects for US retailers and apparel producers, as well as food manufacturers. China produces about 20 percent of the world’s cotton and most of it comes from Xinjiang. China also is the world’s largest importer of cotton, including from the US.

In March, the US legislators proposed legislation that would effectively assume that all goods produced in Xinjiang are made with forced labour and would require certification that they are not.

In July, Washington issued an advisory that said companies doing business in Xinjiang, or with entities using Xinjiang labour, could be exposed to “reputational, economic, and legal risks”.

The Department of State also said it sent a letter to top American companies including Walmart Inc, Apple Inc and Amazon.com Inc warning them about the risks faced from maintaining supply chains associated with human rights abuses in Xinjiang region.

In an announcement seen by Reuters, the CBP said it identified forced labour indicators involving the cotton, textile and tomato supply chains “including debt bondage, unfree movement, isolation, intimidation and threats, withholding of wages, and abusive working and living conditions.”

The agency also is blocking cotton produced by the Xinjiang Production and Construction Corps, and apparel produced by Yili Zhuowan Garment Manufacturing Co Ltd. and Baoding LYSZD Trade and Business Co Ltd. It said these entities use prison labour from Chinese government-administered “re-education” internment camps. In addition, CBP is blocking imports of products made at the Lop County Industrial Park, as well as the Lop County No. 4 Vocational Skills Education and Training Center. The moves follow the detention on July 1 of hair extensions and other goods from the Lop County Meixin Hair Product Co.

The CBP orders also block imports of computer parts made by the Hefei Bitland Information Technology Co Ltd, based in Anhui, China.