US Supreme Court: The top contenders to fill vacancy 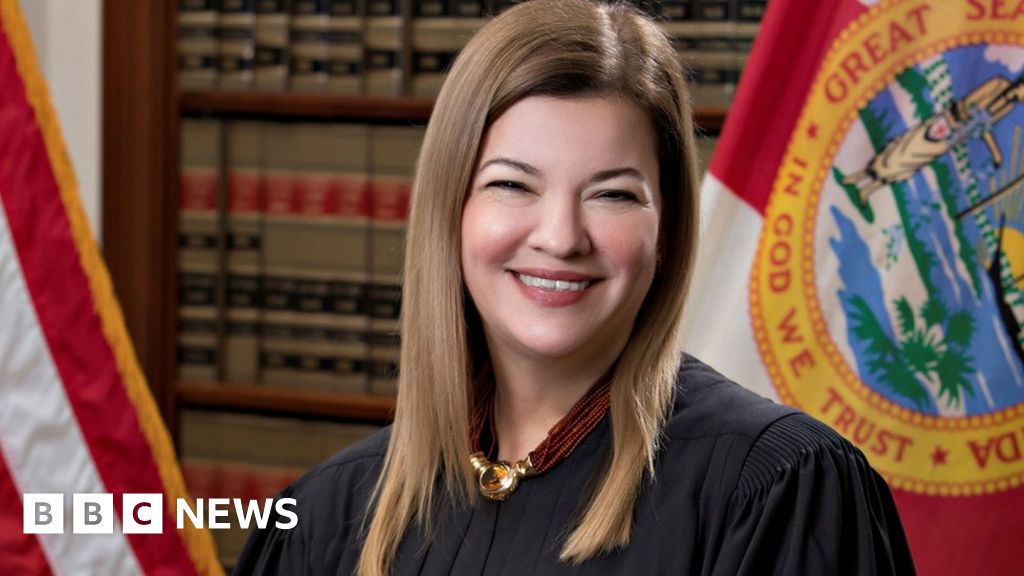 US President Donald Trump has said he will announce this week his candidate to fill the vacancy at the Supreme Court created by the death of Justice Ruth Bader Ginsburg, a liberal icon.

President Trump said his choice would be “a woman – a very talented, very brilliant woman”. Two conservative candidates are seen as the main contenders for the lifelong job – but reports suggest some other names are also being considered.

The president has already appointed two justices for the court – Neil Gorsuch in 2017 and Brett Kavanaugh in 2018. But with six weeks to go before the presidential election, Mr Trump is facing fierce opposition from Democrats, who insist any nomination should be made only after the poll.

A Cuban-American born in Miami, she was the first Hispanic judge on the Florida Supreme Court. If nominated and then confirmed by the Senate, she would become the second Hispanic judge to serve at the highest court, after Justice Sonia Sotomayor, who was nominated by former President Barack Obama.

The 53-year-old was nominated in September 2019 by President Trump to serve on the Atlanta-based 11th Circuit Court of Appeals, one of the regional appeals courts that are one step below the Supreme Court. She was confirmed by the Senate in a 80-15 vote.

This month, she joined the majority in a ruling that upheld a law that requires people with past felony convictions to pay outstanding court fees.

Like Ginsburg, Ms Lagoa graduated from Columbia Law School and later as a federal prosecutor. She then spent more than a decade as a judge on an appeals court in Florida.

In 2000, she worked as a pro bono lawyer for the family of Elián González. The boy, who was found floating off the Florida coast after his mother drowned while trying to escape Cuba for the US, became the centre of a custody battle between his Cuban father and American relatives.

She is married to a lawyer, and they have three daughters.

The 48-year-old is described as a devout Catholic who, according to a 2013 Notre Dame Magazine article, said that “life begins at conception”. This makes her a favourite among religious conservatives keen to overturn the landmark 1973 decision that legalised abortion nationwide.

She has also voted in favour of President Trump’s hardline immigration policies and expressed views in favour of expansive gun rights.

Nominated by President Trump to the Chicago-based 7th Circuit Court of Appeals, she was confirmed by Senate in a 55-43 vote in October 2017 after a tough process. She was one of the names the president considered to replace late Justice Anthony Kennedy in 2017.

After graduating from Notre Dame University Law School, she clerked for late Justice Antonin Scalia, who died in 2016. She served as a legal scholar at Notre Dame for around 15 years.

Born in New Orleans, she is married to a former assistant US Attorney in the Northern District of Indiana and together they have seven children.

Other names also being considered