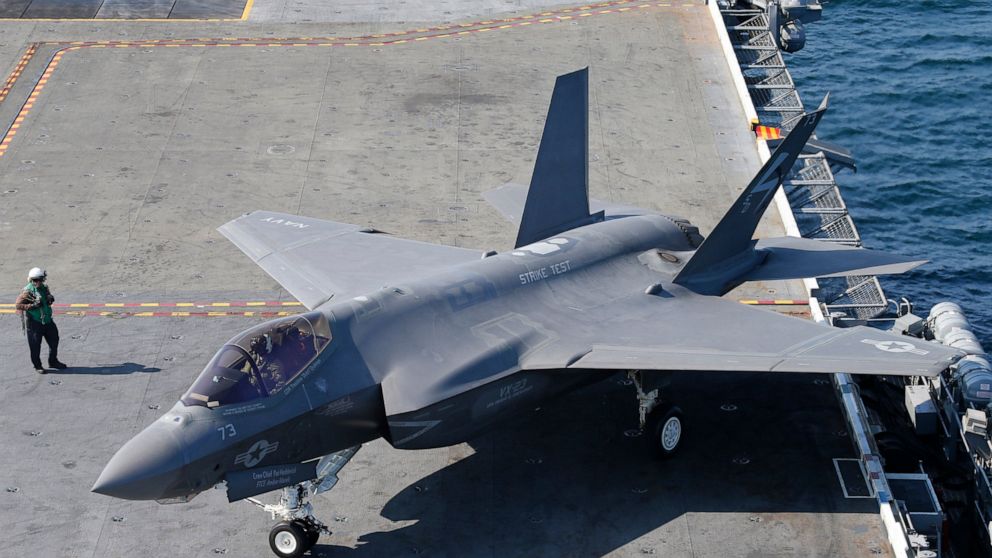 The U.S. Navy says it has recovered an F-35C Lightning II aircraft that crashed while attempting to land on an aircraft carrier in the South China Sea in January, injuring seven sailors

BEIJING — The U.S. Navy says it has recovered an F-35C Lightning II aircraft that crashed while attempting to land on an aircraft carrier in the South China Sea in January.

The 7th Fleet said a robot submarine attached rigging lines to the long-range joint strike stealth fighter, which was then raised from a depth of 3,780 meters (12,400 feet) on Wednesday using a ship’s crane.

The recovery alleviates concerns that China or Russia might reach it first and gain access to its advanced technology, whether to replicate it or learn how to defeat it.

The multimillion-dollar aircraft was conducting “routine flight operations” from the USS Carl Vinson when it crashed on Jan. 24, the 7th Fleet said.

Leaked footage showed it coming in too low for a landing, hitting the rear of the deck wing-first and then skidding and rotating across the flight deck before falling overboard. The pilot ejected and was injured, along with six sailors aboard the aircraft carrier.

The wreckage will be delivered to a nearby base to be studied for clues to what caused the accident and may be sent onward to the continental United States, the fleet said. The exact location where the accident occurred has been kept secret.

The aircraft carrier had superficial damage and was able to resume operations. The Carl Vinson and its strike group returned to San Diego on Feb. 14 after an eight-month deployment.

China claims virtually the entire South China Sea, where it has placed military facilities on seven human-made islands built atop reefs and atolls. It has also increased pressure on self-governing Taiwan to the north that it claims as its own territory.

The increased Chinese Naval and Coast Guard presence has prompted the U.S. and its allies to step up exercises in the region in what they call freedom of navigation operations in line with international law.