US Lays Out Plans For How It Will Share Surplus COVID-19 Vaccines Abroad : Coronavirus Updates – NPR 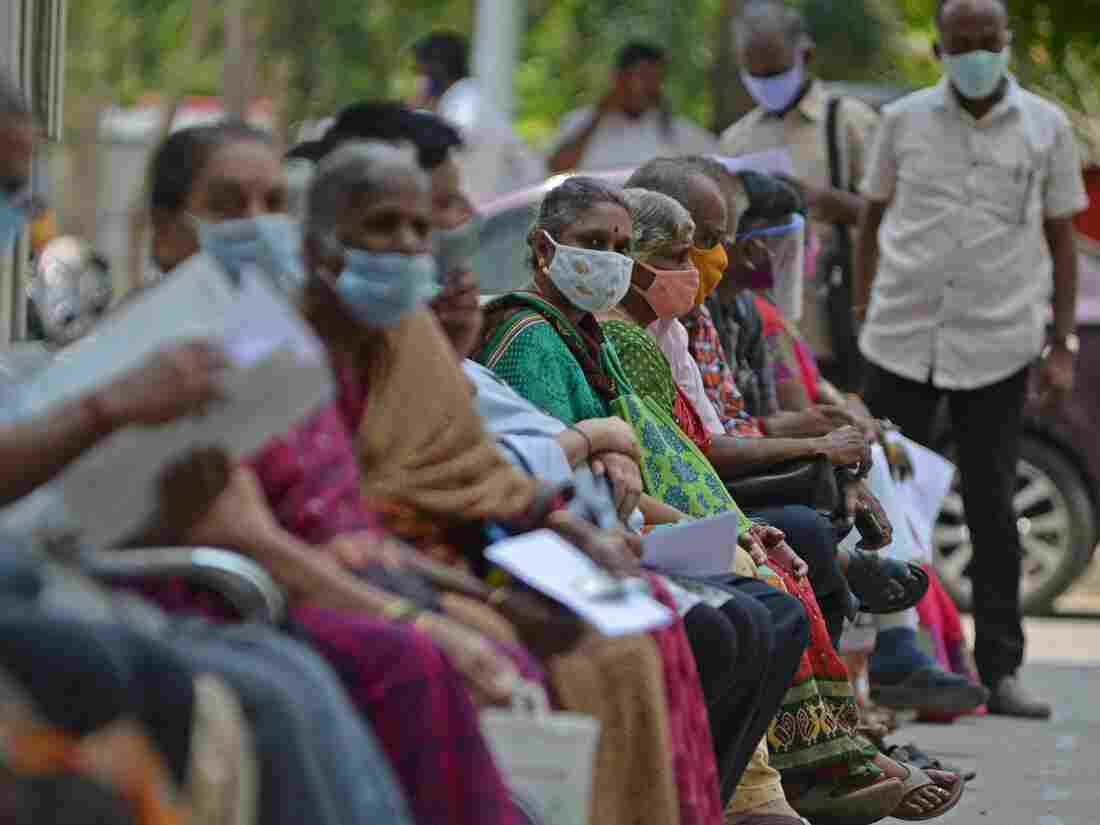 People wait their turn to receive the COVID-19 vaccine at a hospital in Chennai, India, in April. India is among the nations that will receive surplus U.S. vaccine through the international distribution system COVAX, the White House announced. Arun Sankar/AFP via Getty Images hide caption 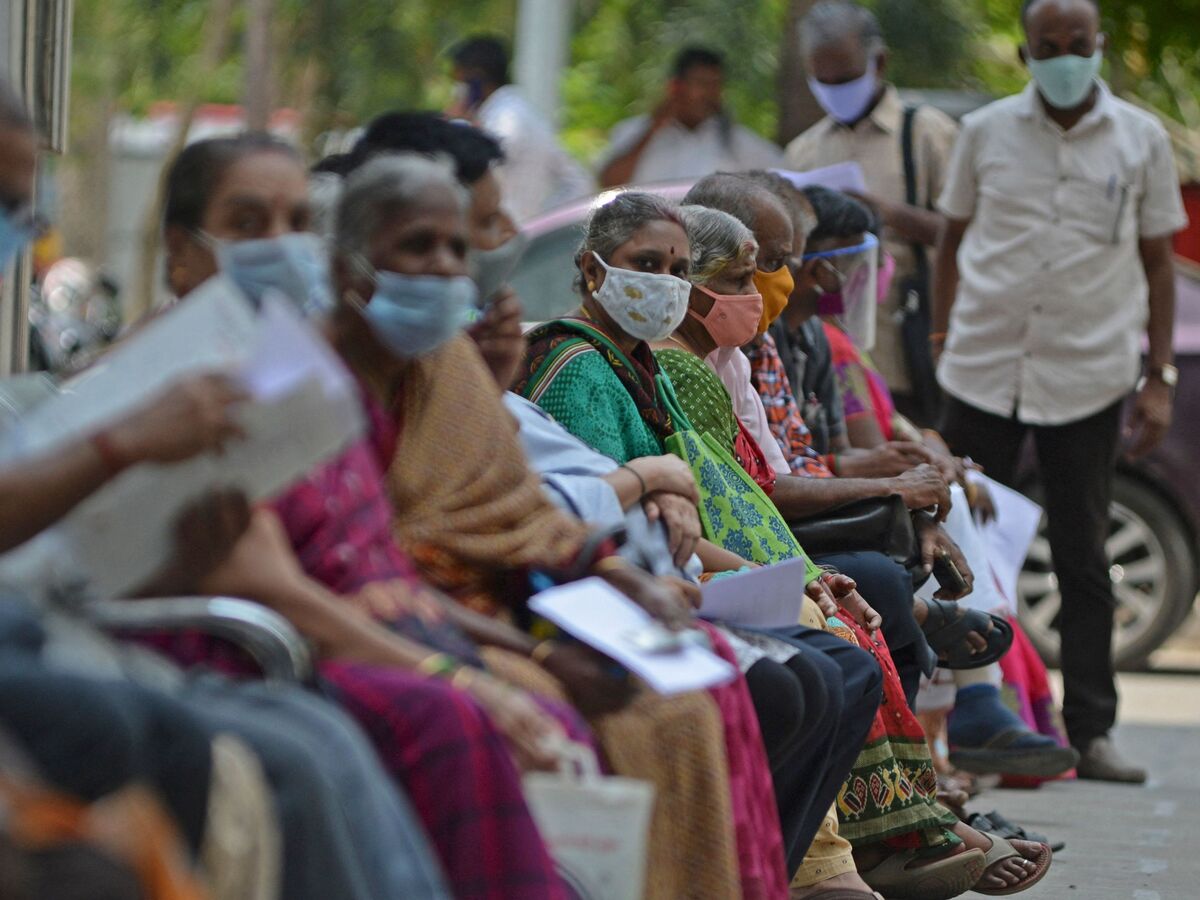 People wait their turn to receive the COVID-19 vaccine at a hospital in Chennai, India, in April. India is among the nations that will receive surplus U.S. vaccine through the international distribution system COVAX, the White House announced.

The United States will send its first shipments of surplus COVID-19 vaccine doses abroad on Thursday, spelling out for the first time how it will share its wealth of vaccines with parts of the world struggling to get shots in arms.

The Biden administration has previously said it would share 80 million doses by the end of June. “We know that won’t be sufficient,” said Jeff Zients, coordinator of the White House COVID-19 response. But he said it’s an important step toward boosting global production and trying to end the global pandemic.

“We expect a regular cadence of shipments around the world across the next several weeks. And in the weeks ahead, working with the world’s democracies we will coordinate a multilateral effort, including the G-7, to combat and end the pandemic,” Zients said.

The U.S. has contracts for hundreds of millions more vaccine doses than it could possibly use — and this is a major move by the Biden administration to attempt to exert global leadership after months of pressure from global health organizations.

Zients said 75% of the first 25 million doses will be allotted through COVAX, an international distribution system aimed at helping vaccinate people in the world’s poorest countries.

The administration also removed contract ratings under the Defense Production Act that prioritized U.S. contracts for suppliers to AstraZeneca, Novavax and Sanofi — three vaccines not currently authorized for use in the United States.

“While the manufacturers will continue to make these three vaccines, this action will allow U.S.-based companies that supply these vaccine manufacturers to make their own decisions on which orders to fulfill first,” Zients said.

The administration says no strings attached

The first priority for doses shared through COVAX will be Latin America and the Caribbean, South and Southeast Asia, and Africa, the White House said.

The remaining doses will go to countries that have made their case to the White House, including nations such as India that have seen surges in cases; places such as Gaza, which is grappling to rebuild from recent fighting; and neighboring countries such as Canada and Mexico, the White House said.

“This won’t be enough to end or reduce the life span of the pandemic. And that’s why we’re working with allies and partners to expand the production of vaccines and raw materials, including here at home,” said Jake Sullivan, President Biden’s national security adviser, on a call with reporters.

Sullivan emphasized there would be no strings attached to the doses — a veiled criticism of China and Russia, which have rapidly shared doses around the world. “We’re not seeking to extract concessions. We’re not extorting. We’re not imposing conditions the way that other countries who are providing doses are doing.”

In accordance with the administration’s framework, the White House announced approximate allocations for the first 25 million doses that will ship:

Leaders are facing calls to do more

Both Biden and Vice President Harris leave next week on their first official foreign trips and are expected to discuss the U.S. plans for vaccine distribution. Harris is set to travel to Guatemala and Mexico City starting on Sunday, and Biden leaves Wednesday for the U.K., Brussels and Geneva.

Harris made a series of calls about the shipments on Thursday, including to leaders in Mexico, Guatemala and India. Mexican President Andrés Manuel López Obrador tweeted about his conversation with Harris, announcing that a shipment of 1 million Johnson & Johnson vaccines would be heading for Mexico. The White House did not immediately confirm those details.

Carolyn Reynolds of the Pandemic Action Network called the announcement a good start but said the White House and other world leaders needed to pick up the pace.

“It is time to have a global road map to vaccinate the world. That’s what we hope will come out of the G-7 summit next week,” Reynolds told NPR. “As long as this pandemic is raging anywhere around the world, Americans aren’t safe, none of us are safe.”

Tom Hart, acting CEO of the ONE Campaign, said he was disappointed that the Biden administration has not moved faster to ship 60 million doses of the AstraZeneca vaccine, which U.S. regulators have not yet authorized for emergency use.

“Less than 1 percent of COVID-19 vaccine doses globally have been administered to people in low-income countries,” Hart said in a statement. “This is a once in a generation crisis, and as we approach the G7 next week, the world is looking to the US for global leadership and more ambition is needed.”