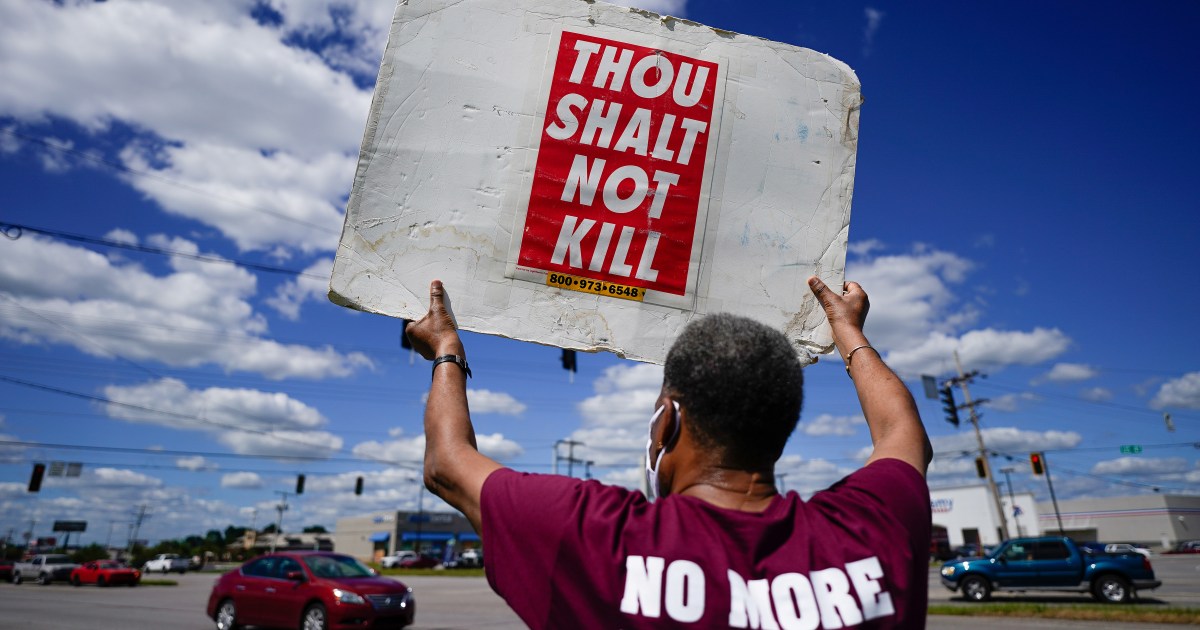 The US government on Thursday executed Christopher Vialva, a convicted murderer and the first Black man to face the federal death penalty since the punishment was resumed earlier this year after a 17-year hiatus.

Vialva was 19 years old when he and fellow members of a gang in Killeen, Texas killed Todd and Stacie Bagley, white married Christian youth ministers from Iowa, on the Fort Hood army base in 1999.

The Department of Justice had said it would kill Vialva, 40, using lethal injections of pentobarbital, a barbiturate, at 6pm EDT (22:00 GMT) at its execution chamber in Terre Haute, Indiana, the sixth federal execution this year after the hiatus and the second this week.

The US Supreme Court denied Vialva’s application for a stay on Thursday.

In a last statement, Vialva asked God to comfort the families of the couple he had killed, saying, “Father … heal their hearts with grace and love.” His final words were: “I’m ready, Father.”

Vialva’s execution came as the United States grapples with racial disparities in the criminal justice system, with daily protests occurring in US cities against police brutality against Black people.

Of the 56 people on federal death row, 26, or 46 percent, are Black, and 22, or 39 percent, are white, according to the Death Penalty Information Center (DPIC), a non-profit organisation based in Washington. Black people make up only 13 percent of the US population.

The death penalty has been used disproportionately against Black people for decades. People are unaware that many of us here were arrested before we were old enough to drink

DPIC published a report this month concluding that racial bias persists in the US system of capital punishment.

The report said that the killers of white people were more likely to face the death penalty than the killers of Black people, and a study in North Carolina found that qualified Black jurors were struck from juries at more than twice the rate of qualified white jurors.

In a video statement released his lawyers released Thursday, Vialva expressed regret for what he had done and said he was a changed man.

“I committed a grave wrong when I was a lost kid and took two precious lives from this world,” he said. “Every day, I wish I could right this wrong.”

Vialva’s mother, Lisa Brown, spoke at an anti-death penalty rally Thursday morning across from the prison where her son was later put to death.

“This is the first venue I’ve had in which I could say to Todd and Stacie’s family, I am so sorry for your loss,” said Brown, who was expected to witness her son’s execution.

At Vialva’s trial in the US District Court for Western Texas in 2000, a jury of 11 white people and one Black person found him and a Black accomplice, Brandon Bernard, guilty of carjacking and murder, and voted for them to receive the death penalty. Bernard’s execution date has not been set.

The American Civil Liberties Union has said that the teenaged Vialva was unfairly tried as an adult and circulated a video of Vialva this month speaking from prison about racial disparities.

“The death penalty has been used disproportionately against Black people for decades,” Vialva says in the video. “People are unaware that many of us here were arrested before we were old enough to drink.”

Christopher Vialva is scheduled to be executed this Thursday, September 24 for a crime he committed as a teenager.

NO ONE should be executed for a mistake they made as a juvenile. pic.twitter.com/N48XrPB26b

According to court records, Vialva and his accomplices were looking for someone to rob when they found Todd Bagley using a payphone at a convenience store, and he agreed to give them a ride in his car. In the back seat, Vialva pulled out a gun and ordered Bagley and his wife to get into the car’s boot.

After forcing Bagley to disclose his PIN, Vialva withdrew cash from Bagley’s account at an ATM, though there was less than $100 available. He used the cash to buy fast food and cigarettes, among other items. During the several hours they spent in the boot, the Bagleys could be heard telling their kidnappers to embrace Christianity.

Eventually, Vialva parked the car in an isolated part of Fort Hood, opened the boot and shot both Bagleys in the head, killing Todd and rendering Stacie unconscious. Bernard then set the car on fire, and an autopsy showed that she died from smoke inhalation.