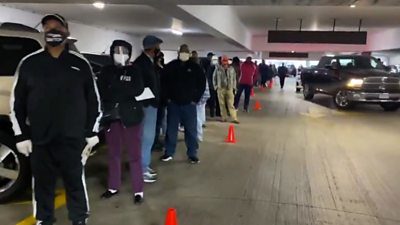 American voters have been forming long queues, as more US states start early voting for the 3 November presidential election.

Most states allow people to vote ahead of election day in person. All states have mail voting – but you may need a reason.

More than four million Americans have already cast their ballots, according to the United States Election Project. That compares to only 75,000 at this point in 2016.