US Carries Out First Airstrike in Somalia Since August 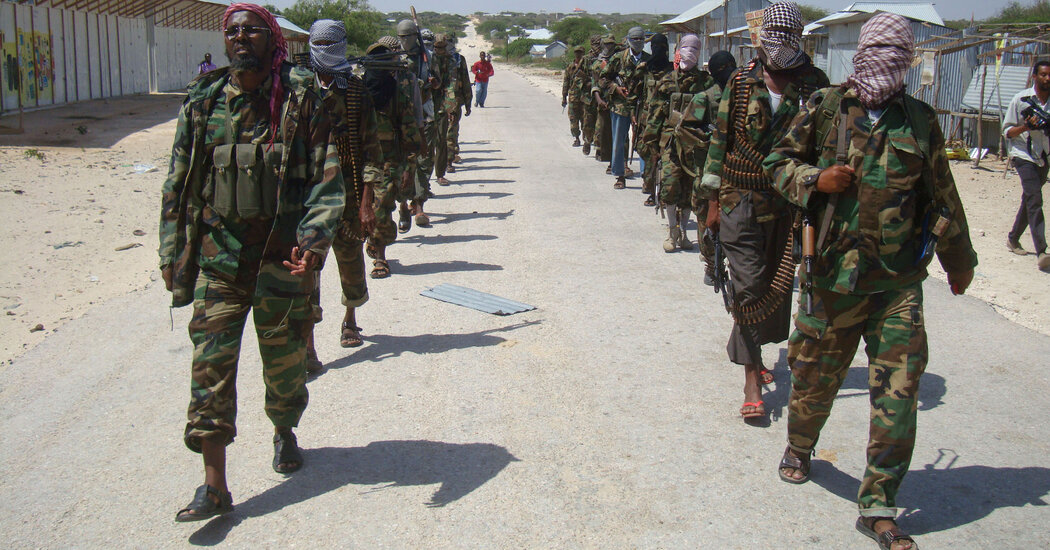 WASHINGTON — The United States conducted a drone strike against Al Shabab militants in Somalia this week, the first such military action against the Qaeda affiliate in East Africa since August, the military’s Africa Command said on Thursday.

The MQ-9 Reaper strike on Tuesday followed a Shabab attack on allied Somali forces in Duduble, about 40 miles northwest of Mogadishu, the capital, the command said in a statement.

The command said it was still trying to determine how many Shabab insurgents had been killed in the strike, but it said no civilians were believed to have been harmed.

When the Biden administration took office in January 2021, it placed new limits on drone strikes outside active war zones as it worked to develop a permanent policy. While the Trump administration set broad rules for strikes in particular countries and delegated authority to commanders in the field on when to carry them out, proposals for strikes are now generally routed through the White House.

But in this case, as in four previous attacks since President Biden took office, White House approval was not needed because the Africa Command has the authority to conduct strikes in support of allied forces under what the military calls collective self-defense.

There were no U.S. forces accompanying Somali forces during this operation, an Africa Command spokesman said. Instead, U.S. forces were advising and assisting the Somali forces’ mission from a remote location, but the official did not say where that was.

Under orders from President Donald J. Trump, most of the 700 American troops based in Somalia to advise and assist Somali military and counterterrorism forces were withdrawn in the waning weeks of his administration and sent to nearby Kenya and Djibouti.

Mr. Biden and his advisers are nearing a decision on a Pentagon-backed proposal to restore some of those troops in Somalia as a way to improve training and coordination with Somalia security forces. Right now, U.S. trainers visit the country periodically.

American commanders have said that the lack of a permanent presence of trainers coupled with political instability in Somalia has allowed the Shabab to surge.

“I think in East Africa, I think particularly in Somalia, Al Shabab is taking advantage of the political leadership there being distracted by a prolonged political crisis,” Gen. Stephen J. Townsend, the head of the Africa Command, said recently. “While that’s going on, the pressure is off Al Shabab.”

During a visit to Somalia, Djibouti and Kenya last week, he added: “Al Shabab remains Al Qaeda’s largest, wealthiest and most deadly affiliate.”