US calls bid to stop extradition of 2 to Japan ‘meritless’ 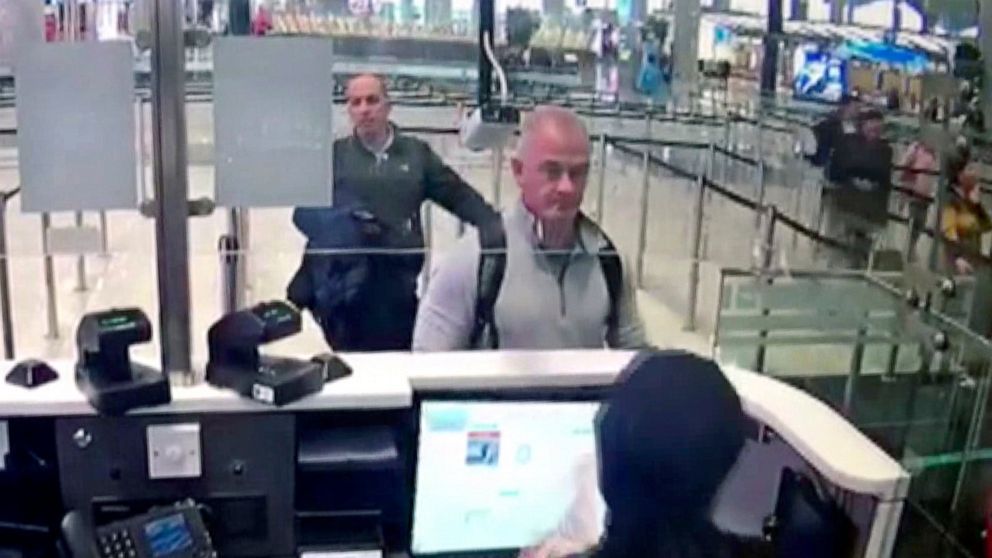 U.S. Department of Justice lawyers urged a judge Friday to deny a bid to block the extradition of two American men wanted in Japan for helping former Nissan Motor Co. boss Carlos Ghosn sneak out of the country in a box

BOSTON — U.S. Department of Justice lawyers urged a judge Friday to deny a bid to block the extradition of two American men wanted in Japan for helping former Nissan Motor Co. boss Carlos Ghosn sneak out of the country in a box.

Assistant U.S. Attorney Stephen Hassink described Michael Taylor and Peter Taylor’s “eleventh-hour bid to thwart their extradition” as “meritless,” and asked the judge to allow the father and son to be handed over to Japan. The U.S. Department of State has agreed to extradite them, but a judge put a hold on it Thursday after their lawyers filed an emergency petition.

“Here, the United States has a strong interest in having extradition requests submitted by Japan (and other treaty partners) resolved promptly,” Hassink wrote in court documents.

The men’s lawyers, which include former Trump White House attorney Ty Cobb, said Thursday that they are also appealing to officials within the State Department and White House to block the extradition. The lawyers were told in a letter they received this week while Secretary of State Mike Pompeo was in Asia that Deputy Secretary of State Stephen Biegun had authorized the extradition.

The State Department has said it does not comment on pending extradition requests.

The Massachusetts men are wanted by Japan so they can be tried on charges that they helped the former Nissan chairman flee the country last year with Ghosn tucked away in a box on a private jet. Ghosn had been out on bail and awaiting trial on financial misconduct allegations, which he has denied.

The flight went first to Turkey, then to Lebanon, where Ghosn has citizenship but which has no extradition treaty with Japan. Ghosn said he fled because he could not expect a fair trial, was subjected to unfair conditions in detention and was barred from meeting his wife under his bail conditions.

The Taylors have not denied helping Ghosn flee but insist they can’t be extradited because they say what they are accused of isn’t a crime under Japan law. They have asked the judge to rule that the Secretary of State’s decision to surrender them to Japan violates the law.

Prosecutors have described it as one of the most “brazen and well-orchestrated escape acts in recent history, involving a dizzying array of luxury hotel meetups, fake personas, bullet train travel, and the chartering of a private jet.”

Authorities say that Peter Taylor arrived in Japan on Dec. 28, 2019, and met with Ghosn at the Grand Hyatt Tokyo for about an hour. Just before 10 a.m. the next day, Michael Taylor flew into Osaka on a chartered jet from Dubai with another man, George-Antoine Zayek, carrying two large black boxes and told airport employees they were musicians carrying audio equipment.

At one point, the group split up and Peter Taylor headed to the airport to hop on a flight to China, authorities say. Meanwhile, the others hopped on a bullet train and went back to a hotel where Taylor and Zayek had booked a room. They all went in; only two were seen walking out.

Michael Taylor is a private security specialist who has been hired by parents to rescue abducted children, gone undercover for the FBI in a sting on a Massachusetts drug gang and worked as a contractor for the U.S. military in Iraq and Afghanistan.