US Border: Risking everything for an American dream 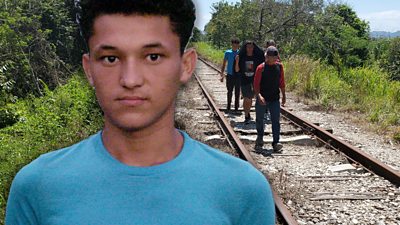 After a decline during first year of pandemic, thousands of migrants from Central America are again on the move trying to reach the United States – many of them families or unaccompanied minors.

Joe Biden’s government has already asked for support from its emergency management agency to help handle a spike in the number of unaccompanied children arriving at the border with Mexico, as the influx of children is straining the system.

The BBC followed some of these migrants on this dangerous journey.