US astronaut and Russian cosmonauts return to Earth 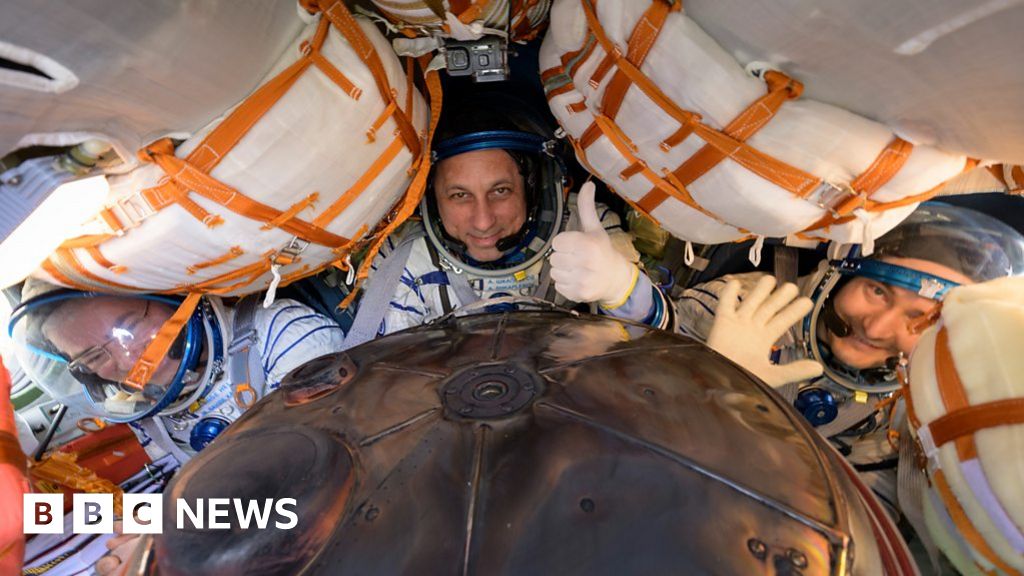 Nasa astronaut Mark Vande Hei and Russian cosmonauts Anton Shkaplerov and Pyotr Dubrov shared a capsule on their flight back to Earth from the International Space Station (ISS).

Mr Vande Hei logged a US space-endurance record of 355 consecutive days in orbit as he finished his second ISS mission.

It was Mr Dubrov’s first space flight, while Mr Shkaplerov was ending his rotation as the latest ISS commander, accumulating a total 708 days in space.

There has been concern that tensions over the war in Ukraine may have an impact on the long cooperation on the ISS between Russia and the US.