US and 10 other countries condemn North Korea missile launch 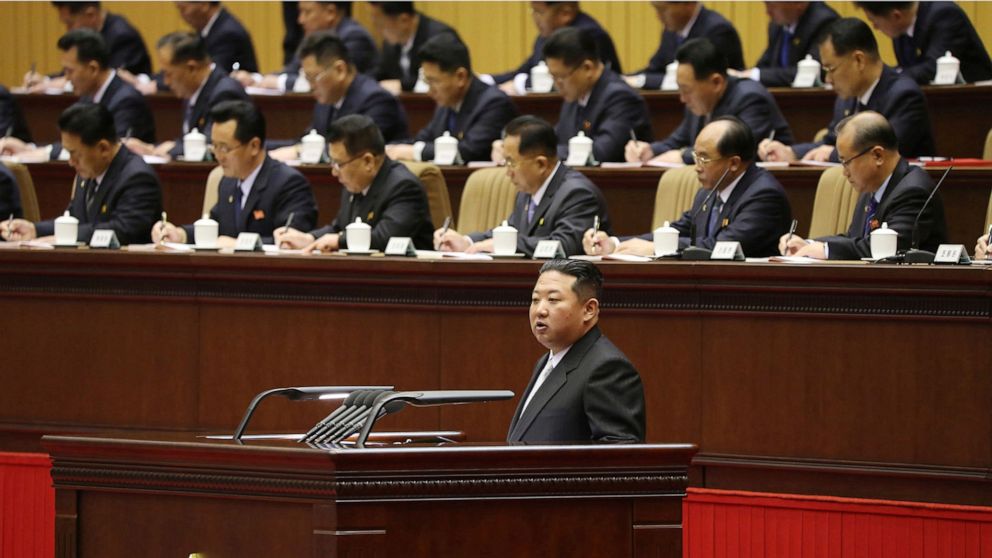 The United States and 10 other countries are condemning North Korea’s latest ballistic missile launch as “unlawful and destabilizing” and urging the U.N. Security Council to condemn it as well

UNITED NATIONS — The United States and 10 other countries condemned North Korea’s latest ballistic missile launch as “unlawful and destabilizing” and urged the U.N. Security Council to condemn it as well because it violates multiple council resolutions.

In a joint statement, the 11 nations urged the 193 U.N. member nations to implement all Security Council resolutions that obligate North Korea to abandon its weapons of mass destruction and ballistic missile programs and implement all U.N. sanctions.

North Korea’s neighbors detected a launch Sunday of a missile that flew 300 kilometers (190 miles) and reached 600 kilometers (370 miles) in altitude before landing off North Korea’s eastern coast. North Korean state media, without confirming the launch, said the country had recently tested cameras for a reconnaissance satellite that could photograph Earth from space.

The joint statement from the 11 U.N. members said North Korea has launched several ballistic missile this year in violation of U.N. resolutions.

The Security Council initially imposed sanctions on North Korea after its first nuclear test in 2006 and toughened them after further nuclear tests and launches from its increasingly sophisticated ballistic missile program.

Former U.S. ambassador to the United Nations Nikki Haley said in 2018 that the sanctions had cut off all North Korean exports and 90% of its trade and disbanded the pool of workers which North Korea sent abroad to earn hard currency.

In November, the North’s most important allies, China and Russia revived their 2019 effort to ease sanctions against North Korea.

They circulated a draft resolution to Security Council members that would end a host of sanctions against North Korea including a ban on exports of seafood and textiles, a cap on imports of refined petroleum products and a prohibition on its citizens working overseas and sending home their earnings. It stresses the economic difficulties in the North and says these and other sanctions should be lifted “with the intent of enhancing the livelihood of the civilian population.”

The Security Council has repeatedly stated it would modify, suspend or lift sanctions if North Korea complied with its demands, but Pyongyang has ignored them and advanced its nuclear and ballistic missile programs.

The Russia-China draft resolution to lift some key sanctions has never been put to a vote because of opposition from many council members.

“We remain committed to seeking serious and sustained diplomacy and urge Pyongyang to respond positively to outreach from the United States and others,” the statement said.

The 11 countries urged North Korea “to choose the path of diplomacy to ease regional tensions and promote international peace and security,” and affirmed their readiness for dialogue, stressing that “we will not waver in our pursuit of peace and stability.”