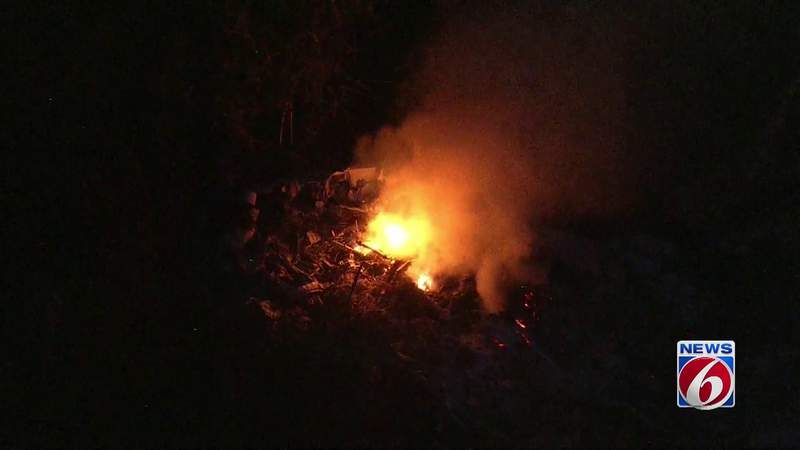 LEESBURG, Fla. – At least one person is dead after a Black Hawk helicopter crashed into a marsh near the Leesburg airport during a training exercise on Tuesday, according to reports from the Federal Aviation Administration and the Leesburg Fire Rescue.

The FAA said four people were on board the Sikorsky UH-60 firefighting helicopter when it crashed around 4 p.m.

Fire crews said the crash appears to be a total loss and no survivors have been located.

Black Hawk helicopters are widely used by the U.S. military and 28 other counties, according to Lockheed Martin, the aircraft manufacture.

A photo from the Leesburg Fire Rescue showed black smoke coming up from a wooded area at the airport.

Crews said most of the fire is under control now and US forestry is on scene plowing a line around the scene to prevent any vegetation fires.

Leesburg Police Captain Joe Iozzi said officers were able to talk to witnesses at the scene.

“It’s apparent that the helicopter went into a tailspin and at some point, the tail separated from the main body,” Iozzi said.

Leesburg officials said the FFA will start their investigation on Wednesday.

“The tail actually went onto the airport runway area while the main body of the helicopter went into the wooded swampy area which is making it difficult for rescue crews to get back to,” Iozzi said.

This is a developing story. We will update this story as more information becomes available.