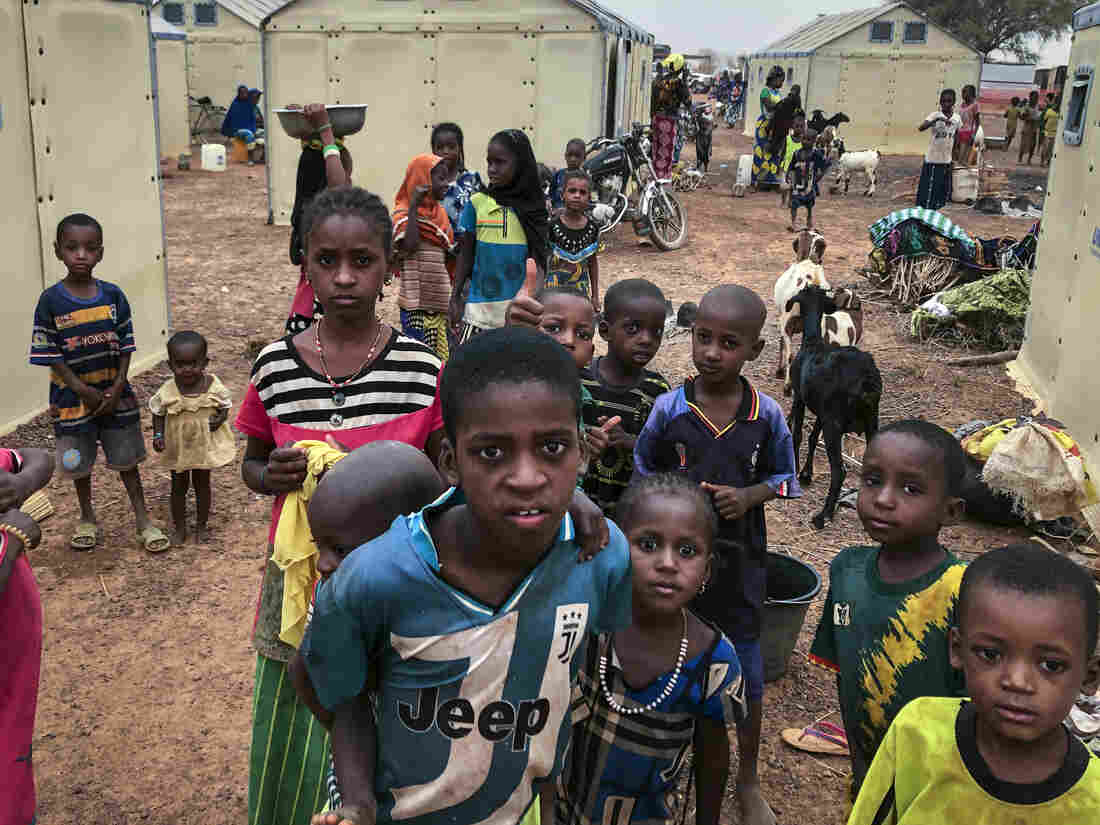 Children of about 6,000 ethnic Fulanis who have been displaced by attacks gather in a makeshift camp in Youba, Burkina Faso, in April 2020. The West African nation continues to be racked by violence linked to Islamic extremists and local defense militias. Sam Mednick/AP hide caption 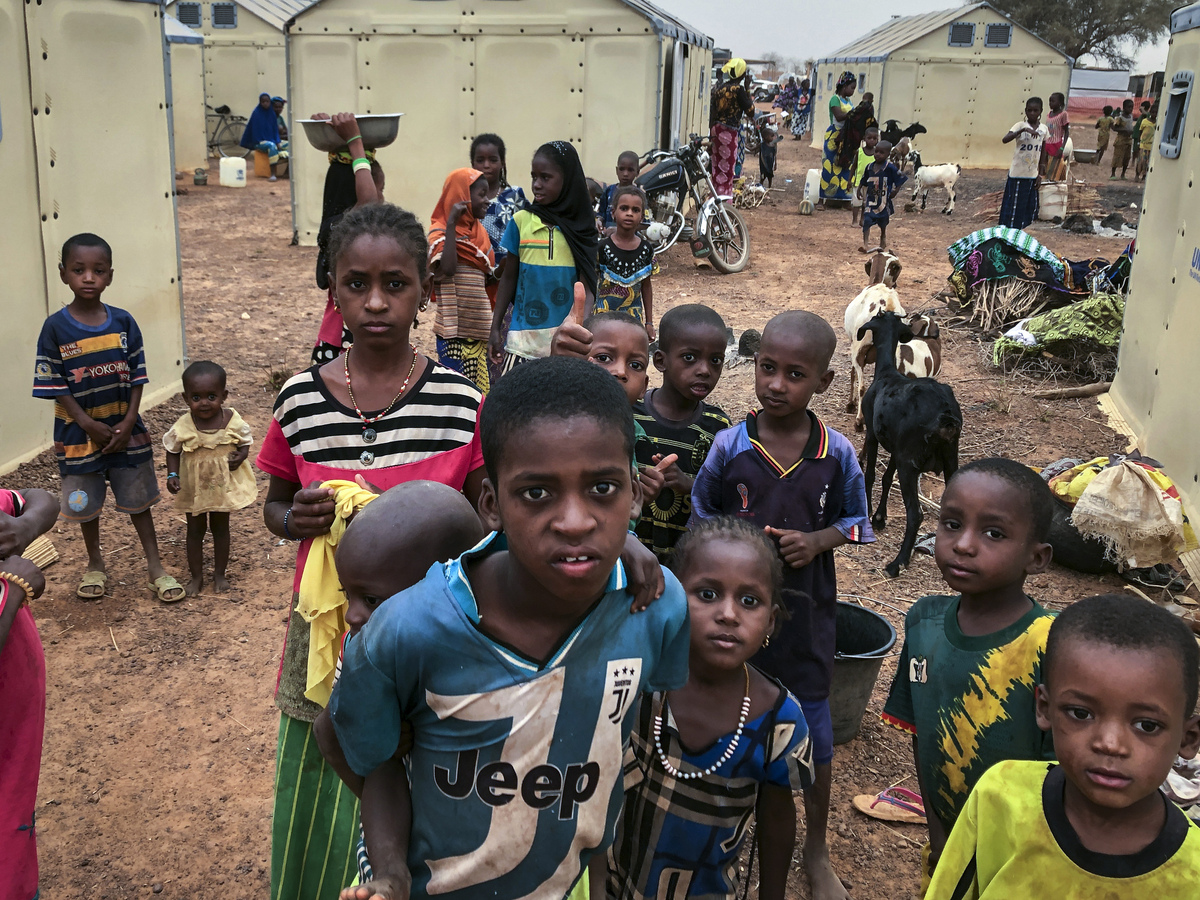 Children of about 6,000 ethnic Fulanis who have been displaced by attacks gather in a makeshift camp in Youba, Burkina Faso, in April 2020. The West African nation continues to be racked by violence linked to Islamic extremists and local defense militias.

FREETOWN, Sierra Leonoe — Gunmen opened fire at 2 a.m., killing more than 160 people in the West African nation of Burkina Faso over the weekend, according to local officials.

The assault on the village of Solhan on Saturday is the latest incident in a region reeling from a recent coup and plagued by instability. Human rights groups say it was the worst attack on civilians in the region in years.

The village is in the dry northeast corner of Burkina Faso near the border with Niger. No group has claimed responsibility for the attack.

Villagers who fled are now returning to bury the dead and clear charred sites that used to be homes. The country’s president, Roch Kabore, has declared three days of national mourning.

Government officials blame the attack on “barbaric” jihadists linked to al-Qaida and the Islamic State and vowed to “neutralize the terrorists” responsible.

The Sahel region, along the southern stretch of the Sahara desert, has become a refuge for both al-Qaida and the Islamic State. Fighters move regularly between Niger, Burkina Faso and Mali. It’s also become a major smuggling route for African migrants trying to get to Europe.

The West Africa director for Human Rights Watch, Corinne Dufka, says this latest attack followed a pattern consistent with other recent assaults. The militants overpower local security forces and then carry out collective punishment against the rest of the village.

“The children who are killed are often burnt in a house because they can’t get away. The elderly as well,” Dufka says.

She says the Islamist militants are trying to implement a Sharia legal system in the Sahel and also to drive international companies, aid agencies and the U.N. out of this part of West Africa.

Political instability has made the situation in West Africa even worse

More than 2 million people in the region have been displaced from their homes after clashes between armed militants and government forces, according to the U.N.

U.N. Secretary-General António Guterres condemned the latest attack over the weekend, noting that at least seven children were killed.

Guterres called it a “heinous attack.” In a statement, he said it underscores the urgent need for the international community to help governments in the region fight violent extremism.

But that fight against extremists has been disrupted by instability in neighboring Mali, which has seen two coups in the past nine months — the most recent occurring just two weeks ago.

The United Nations has thousands of troops in the region under a peacekeeping mission. France has a separate military operation in the Sahel with 5,000 troops deployed specifically to counter Islamist insurgents.

French officials, however, threatened to pull forces out after the latest coup in Mali. Paris later announced it would instead suspend its joint military operations with its former colony but remain in the country.

All of this adds up to more turmoil in a remote part of West Africa. It’s a region hampered by a chronic lack of investment in public infrastructure, climate change and an encroaching desert.

“The slaughter of over a hundred civilians, the highest number of casualties from a single attack in recent years in Burkina Faso, marks a shocking escalation in the violence that has engulfed the country since 2015,” Manenji Mangundu, country director for the Norwegian Refugee Council in Burkina Faso, said in a statement.

The recent escalation of attacks in Burkina Faso, Mangundu added, “has triggered fresh displacements in a country that is overstretched and struggling to cope with a full-blown humanitarian crisis.”