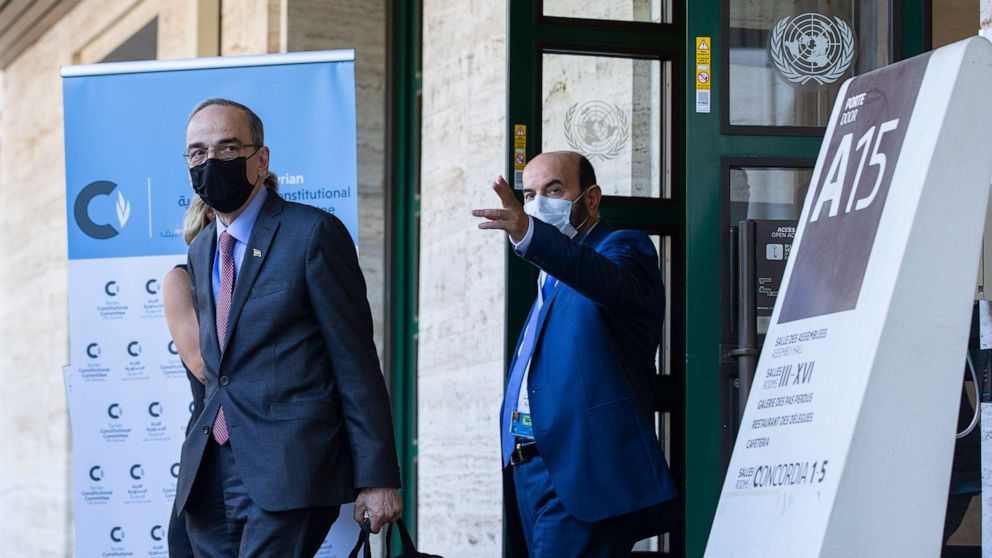 U.N.-mediated talks involving Syrian government, opposition and civil society envoys were put “on hold” after three participants turned up positive for COVID-19, just hours after the meetings started in Geneva

The office of U.N. Syria envoy Geir Pedersen said the three delegations had gotten off to a “constructive first meeting” before the talks were suspended. They are discussing a possible new constitution for the war-battered country — a step he has called a prospective “door-opener” to a final resolution of the country’s devastating nine-year civil war.

His office did not specify which delegation or delegations that the three participants were from.

The meeting, set to last through the week, is the first of its kind in nine months. The pandemic forced the postponement of an earlier meeting in March. Participants were tested for the coronavirus before and after arrival in Geneva, the U.N envoy’s office said.

Pedersen is hosting three 15-member teams from Syria, while major regional and world powers — Iran, Russia, Turkey and the United States — are expected to be present on the sidelines.

With a fragile cease-fire largely holding in the rebel-held region of Idlib, Pedersen said last week he is hoping to build “trust and confidence” in a U.N.-led process that has produced few concrete results so far. He’s also hoping for detainee releases and a nationwide cease-fire.

The Syrian war broke out in 2011, leading to hundreds of thousands of deaths and the exile of millions from their homes. The opposition wants a new constitution, while the government says the current charter should be amended.

U.S. envoy for Syria James Jeffrey, who is in Geneva, noted this month a “shift at least in tone” from Syrian President Bashar Assad by acknowledging the U.N.-backed process in ways that he had not previously. Jeffrey said the United States will keep watch on whether the government has changed, “at least tactically,” in its approach to the talks.

A larger group of 150 delegates is also part of the process, but is not meeting this week.