Ukrainian military forces were successful in destroying a Chechen special forces column of 56 tanks near the capital of Kyiv on Saturday, Ukrainian news agency The Kyiv Independent reported.

According to the report, which the outlet said was confirmed by the Ukrainian President’s Office, the attack killed top Chechen general Magomed Tushayev, head of the 141 motorized regiment of the Chechnya National Guard.

The report was not independently verified.

The Chechen special forces, referred to as “Kadyrovites,” after Chechen leader Ramzan Kadyrov, were reportedly deployed by Russia to “capture and kill” Ukrainian leaders, including Ukrainian President Volodymyr Zelensky, according to the Daily Mail.

The Daily Mail report claimed that every soldier in the Chechen force was given a deck of cards displaying pictures of Ukrainian officials the Kremlin had deemed high valuable targets, a tool infamously deployed by the United States while hunting down targets in Iraq.

However, the convoy of 56 tanks was targeted by Ukrainian missile fire near the town of Hostomel, just northeast of Kyiv, and obliterated only a couple of days into its mission, according to reports.

The death toll caused by the attack was unknown as of Sunday, but was alleged to reach the hundreds.

City officials in Kyiv said Sunday the capital remained under the control of Ukrainian forces despite clashes with “sabotage groups.”

Russian President Vladimir Putin has reportedly expressed frustration over the stalled invasion, with Western officials warning of possible indiscriminate use of weapons by the Russian military if the Kremlin’s timetable is not met.

Regional administration chief Oleg Sinegubov wrote on Facebook that “the Russian enemy’s light vehicles broke into the city” and urged residents not to leave shelters.

“The Ukrainian armed forces are eliminating the enemy,” he wrote. 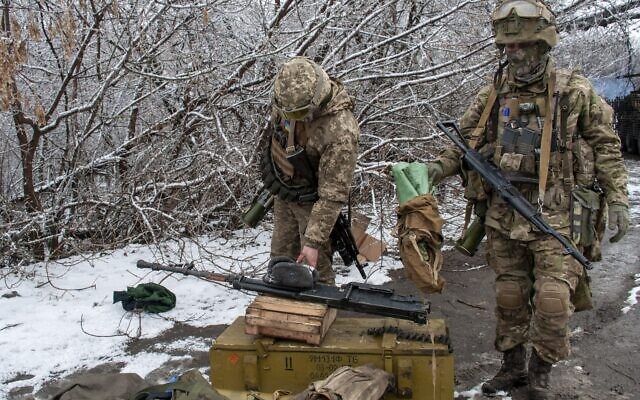 Putin hasn’t disclosed his ultimate plans, but Western officials believe he is determined to overthrow Ukraine’s government and replace it with a regime of his own, redrawing the map of Europe and reviving Moscow’s Cold War-era influence.

US officials speaking on condition of anonymity have said the Russian advance is moving more slowly than Moscow hoped as it meets with fierce resistance from Ukrainians.