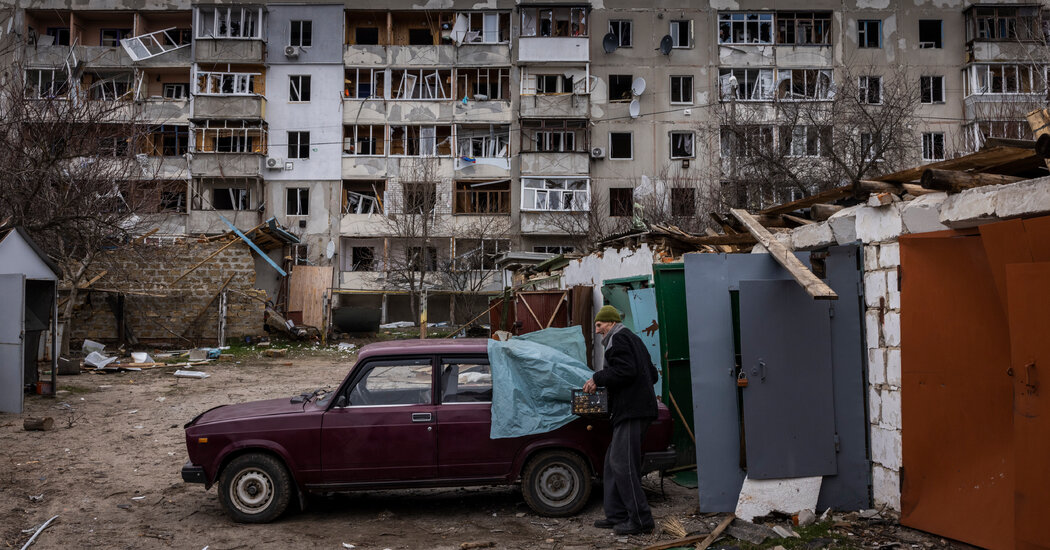 The evidence of apparent atrocities in Ukraine, with civilians executed in the suburbs of Kyiv, brings to mind another European horror: the bloody Balkan wars of the 1990s and the sometimes fraught, yearslong effort to bring those responsible to justice.

In 1999, Slobodan Milosevic, the former president of Yugoslavia and the architect of a decade of war that took more than 200,000 lives and tore the country apart, became the first sitting head of state to be charged with war crimes. Three years later, he became the first former head of state to stand trial for genocide for the war in Bosnia and Herzegovina, as well as for crimes against humanity and violations of the Geneva Conventions for the wars in Croatia and Kosovo.

Recalling the significance of the trial, Human Rights Watch, the advocacy group, observed in a 2006 report that bringing the former president before an international criminal tribunal “marked the end of the era when being a head of state meant immunity from prosecution.”

Since then, it noted, other former heads of state, including the former Liberian prime minister Charles Taylor and the Iraqi leader Saddam Hussein, have been brought to justice.

Mr. Taylor was sentenced to 50 years in prison for his role in atrocities committed during Sierra Leone’s civil war in the 1990s. Mr. Hussein was convicted in 2006 by an Iraqi special tribunal for crimes against humanity for the brutal repression of a Shiite town in the 1980s and sentenced to death by hanging.

Mr. Milosevic died in his prison cell in The Hague in 2006, denying his victims the closure of a final judgment, but the public airing of his heinous crimes was nevertheless an important moral and legal reckoning.

While the circumstances in Ukraine and the Balkan wars differ in fundamental ways, including the scope and scale of the bloodshed, some parallels jump out — not least of which is Russia’s obfuscation and denial. In the face of graphic evidence that Ukrainian civilians in the suburb of Bucha, some with hands bound, were killed by Russian soldiers, Moscow has claimed it is all a “hoax.”

Mr. Milosevic, too, responded with a fanciful conspiracy theory when he was accused of complicity in the 1995 massacre at Srebrenica, in Bosnia, during which some 8,000 Muslim men and boys were killed, many with their hands tied behind their backs. He said the people really responsible for the worst bloodbath in Europe since World War II were French intelligence operatives, Muslim officials from Bosnia and mercenaries.

The wartime massacre of civilians at a Sarajevo market was not done by Serbs but staged by Muslims with bodies from a morgue, he claimed.

Whatever the echoes, legal experts say that bringing the Kremlin to account would be far more difficult than it was with Mr. Milosevic.

In the first place, no sitting president has ever been handed over to an international court. While President Vladimir V. Putin has significant public support and leads a nuclear power, Mr. Milosevic had already been ousted from power by the time he was sent to The Hague in June 2001.

And Russia is not Serbia.

Mr. Putin is an authoritarian leader with vociferous antagonism toward the West and its legal structures.

The Serbian prime minister in power when Mr. Milosevic was handed over for trial, Zoran Djindjic, was eager for a rapprochement with the West, while $30 billion in foreign aid to rebuild Serbia’s devastated economy was at stake.

The burden of proof for war crimes, moreover, is very high.

Even with the Serbian government’s reluctant cooperation after Mr. Djindjic was assassinated in 2003, the task was difficult because of Mr. Milosevic’s obstructionism. A defiant Mr. Milosevic refused to recognize the U.N. war crimes tribunal, lied, dissembled and called in sick when insider witnesses materialized.

War crimes prosecutors are sometimes fortunate enough to have real-time evidence of atrocities at their disposal, but they still face enormous challenges. Many dots must be connected.

In the case of Mr. Putin, prosecutors would have to demonstrate that he issued specific orders that led to specific atrocities or that he knew about the crimes or did nothing to prevent them. Prosecutors would also have to show that Russian commanders had intentionally targeted civilian structures, or struck them during attacks that failed to discriminate between civilian and military targets.

Experts say the International Criminal Court in The Hague offers the best chance for real accountability for Russia. It was established in 1998 after separate United Nations tribunals that prosecuted mass atrocities in Rwanda and the former Yugoslavia demonstrated the need for a standing judicial body to handle such cases.

The United States is not among the Hague court’s 123 member nations, and Mr. Putin recently instructed his government to withdraw from the treaty that created the court. His government assailed the tribunal as “ineffective and one-sided.”

By contrast, the tribunal that tried Mr. Milosevic was created by the United Nations Security Council in 1993 to track down and punish those responsible for the horrific violence against civilians during the breakup of Yugoslavia. As such, it had some political muscle behind it.