Ukraine must decide its own future, says Poland’s president – Reuters.com 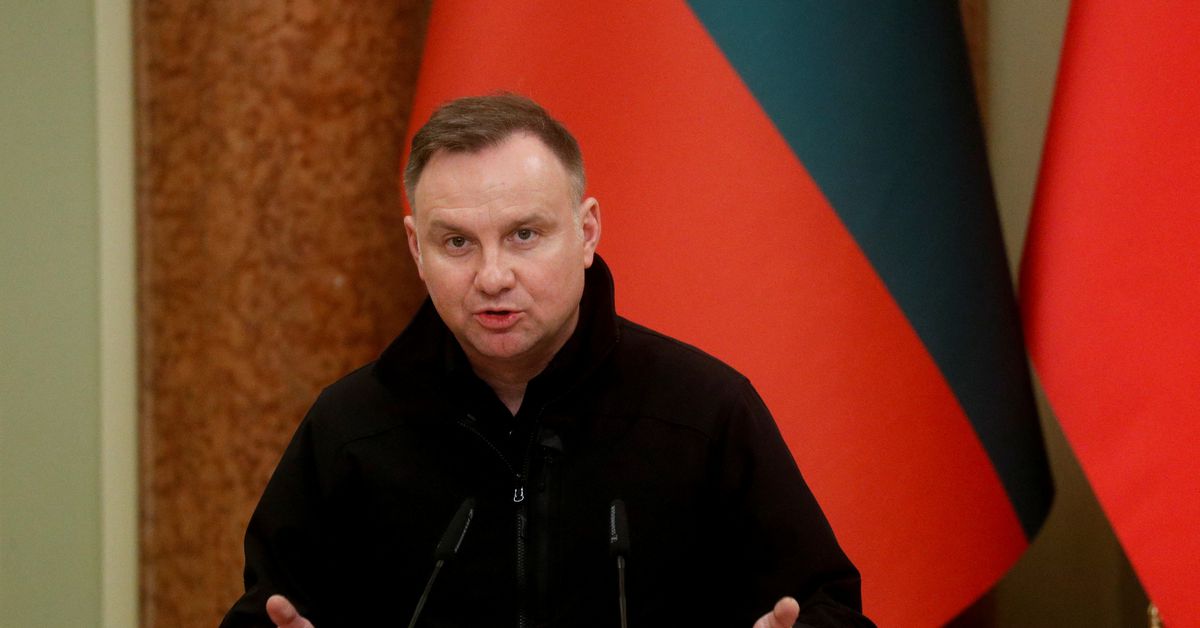 KYIV, May 22 (Reuters) – Only Ukraine has the right to decide its future, the Polish president told lawmakers in Kyiv on Sunday, as he became the first foreign leader to give a speech in person to the Ukrainian parliament since Russia’s Feb. 24 invasion.

“Worrying voices have appeared, saying that Ukraine should give in to Putin’s demands,” Andrzej Duda said. “Only Ukraine has the right to decide about its future… nothing about you without you,” he added, to a standing ovation in the chamber.

Duda said that the international community must demand that Russia completely withdraw from Ukrainian territory.

“If Ukraine is sacrificed for… economic reasons or political ambitions – even a centimetre of its territory – it will be a huge blow not only for the Ukrainian nation, but for the entire Western world,” Duda said.

Birthplace of the Solidarity trade union that played a role in ending Communism in eastern Europe, Poland’s relations with Russia have long been fraught. Since the Russian invasion Warsaw has positioned itself as one of Kyiv’s staunchest allies.

Poland is a strong advocate of tough sanctions against Russia and has been vocal in its support of Ukraine becoming a member of the European Union.

“I will not rest until Ukraine becomes a member of the European Union,” Duda said on Sunday.