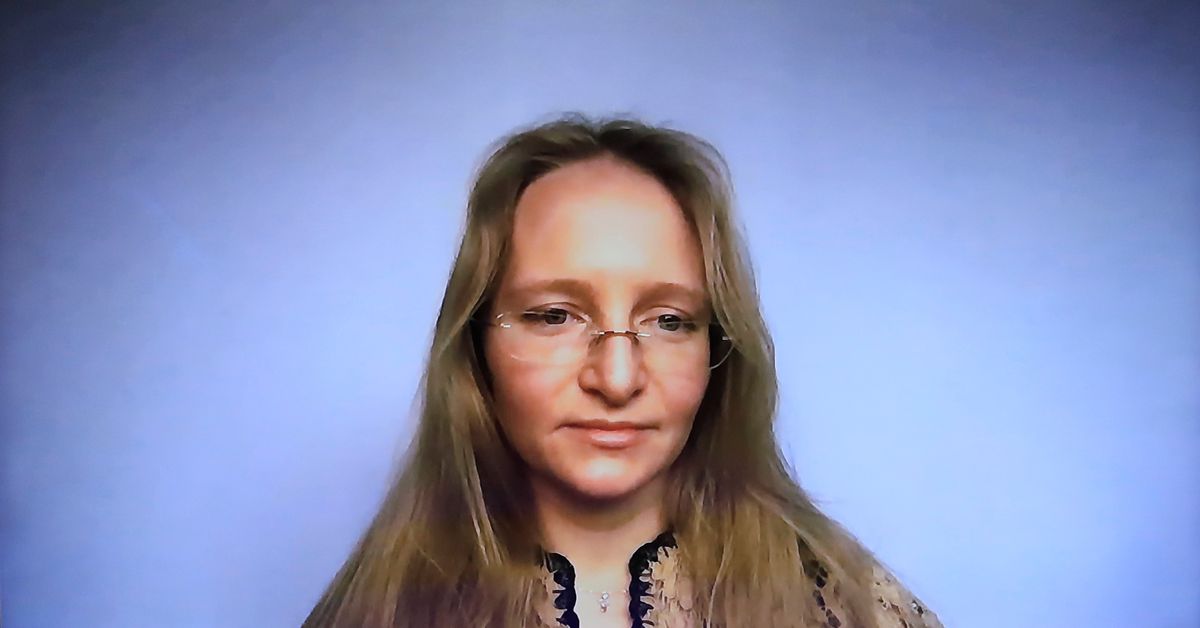 Katerina Tikhonova, deputy director of the Institute for Mathematical Research of Complex Systems at Moscow State University, daughter of Russian President Vladimir Putin, is seen on a screen as she takes part in a session of the St. Petersburg International Economic Forum (SPIEF) in Saint Petersburg, Russia June 4, 2021. REUTERS/Evgenia Novozhenina

LONDON, April 8 (Reuters) – Britain added Vladimir Putin’s daughters to its sanctions list on Friday, mirroring moves by the United States, in what it said was an effort to target the lifestyles of those in the Russian president’s inner circle.

Following the Russian invasion of Ukraine, Britain and other Western allies have announced several waves of sanctions targetting Moscow’s wealthy elites, key industries and its access to the international financial system.

“Our unprecedented package of sanctions is hitting the elite and their families, while degrading the Russian economy on a scale Russia hasn’t seen since the fall of the Soviet Union,” Foreign Secretary Liz Truss said in a statement.

Britain also said its analysis showed Russia is heading for the deepest recession since the collapse of the Soviet Union. Britain estimates that 60% of Russian foreign currency reserves have been frozen as a result of international sanctions.

On Thursday, the Kremlin, which says its actions are a “special military operation” to disarm and “denazify” Ukraine, described the move against Putin’s daughters as part of a broader Western frenzy against Russia.