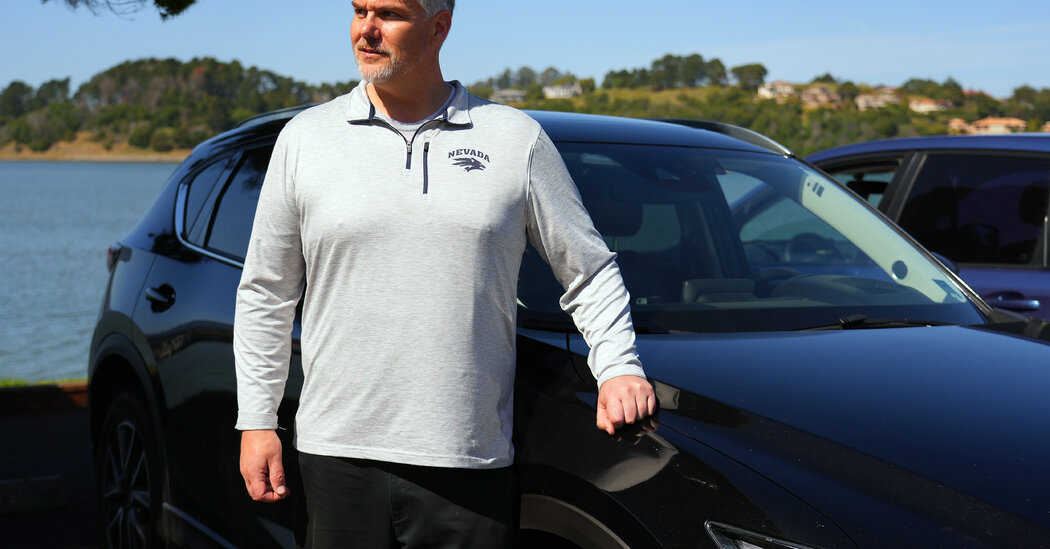 When Adam Potash started driving for Lyft six months ago to help make ends meet, he was happy with the pay. The business was far from lucrative, but he was making about $200 a day before paying for costs like gas and car maintenance.

But as gas prices have risen in recent weeks, Mr. Potash has barely been breaking even. To compensate, he has focused on driving during peak customer hours and tried to fill up at cheaper gas stations in the area around San Francisco where he works. He has also reduced his driving time from about 45 hours each week to roughly 20 hours.

Gig workers who drive for ride-hailing and delivery companies like Uber, Lyft and DoorDash have been hit hard by rising gas prices, because their ability to earn money is tied directly to driving hundreds of miles each week. And because the drivers are contract workers, the companies do not reimburse them for the cost of fueling up.

Some drivers say that they have had enough, and that the added cost of gas is making an already difficult financial equation untenable. The national average price of a gallon of gas peaked at a record $4.33 last week, according to AAA. In California, where Mr. Potash lives, gas now averages $5.77 a gallon.

“High gas prices are the final nail in the coffin,” said Harry Campbell, who writes a blog called the Rideshare Guy and produces a podcast aimed at helping ride-hailing drivers. “Rising gas prices make a tough situation even tougher, and for a lot of drivers it’s sort of the final straw that pushes them over the edge.”

In a survey last week of 325 drivers who follow his content, Mr. Campbell found that 38 percent were driving less because of high gas prices and 15 percent had quit driving altogether.

Some drivers around the country staged a boycott of ride-hailing apps on Thursday, though it was difficult to say for certain how many participated. The effort, initially organized to raise awareness about driver safety, gave way to an outpouring of frustration about how high gas prices were making a tough business even tougher.

“We started organizing months ago about the poor safety, and when gas prices went through the roof, many drivers said, ‘We need to stand up and make the companies get involved in both,’” said Torsten Kunert, who gives advice to drivers on his YouTube channel, Rideshare Professor.

Uber, Lyft and DoorDash say overall driver numbers are not down. Uber said it had more active drivers now than it did in January. Both Uber and Lyft added small fees to the price of rides in most places for the next two months, a change they say will help compensate drivers.

“We know drivers and couriers are feeling the sting of record-high prices at the pump,” Liza Winship, Uber’s head of driver operations in the United States and Canada, said in a statement announcing the gas surcharge. Lyft echoed that sentiment in a blog post on Monday.

DoorDash announced a gas rewards program on Tuesday. Those who use a prepaid debit card designed for DoorDash workers will get 10 percent cash back at gas stations, the company said, and DoorDash is adding bonus payments depending on miles driven. Grubhub also said it would boost driver pay.

Both Uber and Lyft say drivers have been making more money since lockdowns lifted than they did earlier in the pandemic or even prepandemic, even when accounting for rising gas prices. And both companies are promoting a partnership with an app called GetUpside that offers some cash back rewards for getting gas.

Gridwise, an app that helps drivers track their earnings and tallies data, found that drivers’ earnings had risen nationally in recent months, from an average of $308 per week in early January to $426 in early March. But gas costs for ride-hailing drivers have also gone up, from $31 per transaction to nearly $39 in the same period.

Uber and Lyft say the entirety of their new gas fees — 35 to 55 cents per trip for Uber and 55 cents for Lyft — will go to the drivers. But some drivers say the action is inadequate. Gas prices, on average, have increased 49 percent in the past year, according to AAA.

“That literally insulted every driver, and that was their first communication since gas prices were going up,” said Philippe Jean, an Uber and Lyft driver in Coopersburg, Pa.

Jennifer Montgomery, an UberEats driver in Las Vegas, where gas costs $5 per gallon, agreed that the gas fee “doesn’t even put a dent” in the cost of fuel, which for her has been at least $30 more each day since prices began to increase.

Ms. Montgomery, 40, said she was becoming disillusioned with the job, and had begun looking for other work that didn’t require her to drive. She has cut her six-hour, daily shifts in half, because “it’s really not a profit anymore.”

“I don’t want to deliver anymore,” she said. “Especially when you have bills to pay and rising cost of rent and mortgage, groceries — it affects everything.”

Mr. Jean mostly drives for Uber and Lyft during the winter and spring, when his work as a handyman tends to slow down. He said he enjoyed interacting with passengers and usually made $300 to $400 per week, with about $60 of that going to filling his tank.

Lately, though, Mr. Jean has been paying twice that amount for gas, and has had to cut back elsewhere to compensate — including by reducing his car insurance coverage.

“I’m driving Uber now hoping not to get in an accident, because if I do, I’m going to lose my car completely,” he said.

The gas price woes have actually caused Mr. Jean to drive more in the short term, because people with cars that get poor gas mileage have told him they have stopped driving. With his hybrid Toyota Prius, he figured he would be able to snap up some of their business and still be able to make some money. But Mr. Jean said he would most likely give up Uber altogether later in the spring when his handyman work picks up again, because of the high gas prices.

He questioned whether he or other drivers were even profiting from the ride-hailing business at all, after all of the costs involved.

“I think personally if I sat down and did the numbers, it would be break-even,” Mr. Jean said. “I don’t think we’re making money on it anymore. I think I’m afraid to admit it to myself, because then I would definitely stop doing it.”

For Electric Vehicle Makers, Winners and Losers in Climate Bill