U.S. to welcome up to 100000 Ukrainians fleeing war amid broader aid effort – Reuters.com 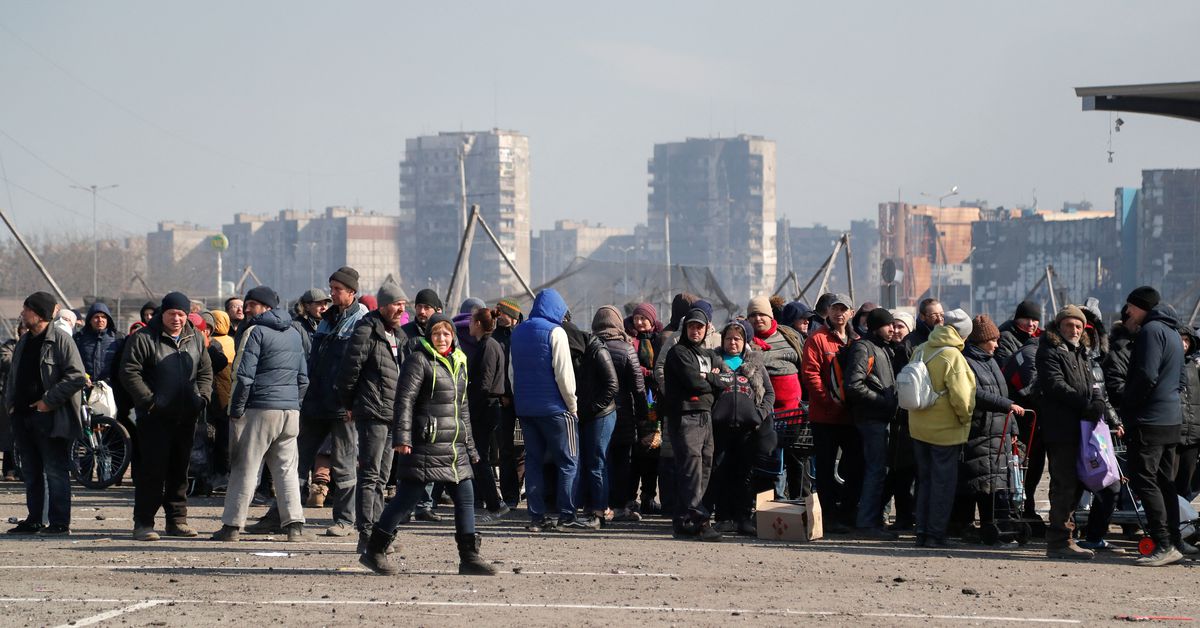 BRUSSELS/WASHINGTON, March 24 (Reuters) – The United States plans to accept up to 100,000 Ukrainians fleeing Russia’s invasion and is pledging $1 billion in new humanitarian aid, the Biden administration said on Thursday after a month of bombardments touched off Europe’s fastest-moving refugee crisis since the end of World War Two.

The announcement coincided with U.S. President Joe Biden’s meeting with European leaders in Brussels to coordinate the Western response to the crisis. read more

More than 3.5 million people have fled since Russia invaded Ukraine on Feb. 24, putting a strain on the neighboring European countries receiving them.

U.S. lawmakers and advocates have urged Biden to do more to help those seeking refuge in the United States.

Some Ukrainians have traveled to Mexico to seek U.S. asylum at the southwest border. read more

A senior Biden official said the administration still expected many Ukrainians to choose to remain in Europe close to their home country but added the U.S. commitment to receive more people would relieve some pressure on European nations currently hosting the bulk of refugees fleeing the conflict, which Russia calls a “special military operation.” read more

“We recognize that some number of Ukrainians who have fled may wish to come to the United States temporarily,” the official told reporters on the condition of anonymity.

The Biden administration said in a statement it would use “the full range of legal pathways” to bring Ukrainians to the United States, including the U.S. refugee resettlement program, which provides a path to citizenship.

As part of the effort, Ukrainians may enter through existing visa avenues and through a relief program known as “humanitarian parole,” which allows people into the country on an emergency basis, the senior administration official said. The Biden administration said it will focus on Ukrainians with family members in the United States.

People stand in a long queue during the distribution of humanitarian aid near a damaged store of wholesaler Metro in the course of Ukraine-Russia conflict in the besieged southern port city of Mariupol, Ukraine March 24, 2022. REUTERS/Alexander Ermochenko

Before the crisis erupted in Ukraine, Biden launched the largest U.S. resettlement effort since the Vietnam War by accepting about 80,000 Afghans – many arriving in a mass airlift operation – after U.S. troops left Afghanistan following 20 years of war.

In contrast to the Afghan evacuation however, the 100,000 Ukrainians would not necessarily be allowed into the United States all at once or even within the current fiscal year, which stretches until the end of September, the U.S. official said.

About 355,000 Ukrainian immigrants live in the United States, according to data analyzed by the Migration Policy Institute (MPI), a Washington-based think tank.

Julia Gelatt, a senior policy analyst with MPI, said that she welcomed the new U.S. commitments, but that “there are lots of questions” about how much, and how quickly, they could help.

A Democrat, Biden set a goal to resettle 125,000 refugees this fiscal year, which began last October, a massive jump from former President Donald Trump, a Republican who slashed refugee levels. But amid COVID-19 delays and other challenges, only around 6,500 refugees from around the world have been admitted, far below Biden’s goal.

For Ukrainians who have relatives in the United States, the administration will seek to speed up processing of family-based visas for permanent residency.

But placing Ukrainians through these legal pathways risks adding to an already ballooning backlog of hundreds of thousands of unprocessed visa applications, Gelatt said.

The humanitarian parole program, another route the administration could use for Ukrainians, does not provide permanent status in the United States, meaning Ukrainians entering that way would face an uncertain future.

Reporting by Jarrett Renshaw in Brussels and Ted Hesson in Washington; Additional reporting by Susan Heavey and Kristina Cooke; Editing by Mica Rosenberg and Howard Goller