U.S. stock futures slump ahead of a parade of economic reports – MarketWatch 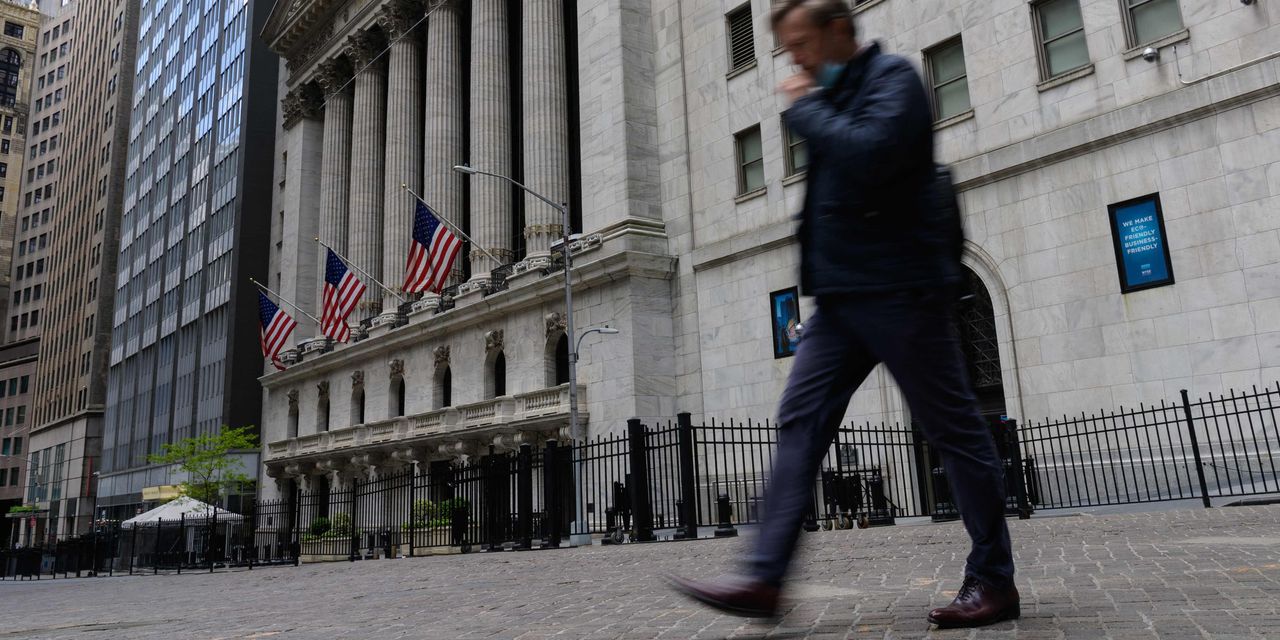 How are stock benchmarks performing?

Private-sector employment jumped by 978,000 in May, according to the ADP National Economic Report, well above forecasts from economists surveyed by the Wall Street Journal who expected a gain of 680,000 jobs. Economists noted, however, that the ADP report hasn’t been a reliable guide to official jobs data over the course of the COVID-19 pandemic.

Meanwhile, weekly data on applications for unemployment benefits also painted a positive picture for the labor market. First-time claims for benefits fell to 385,000 last week, the first reading below 400,000 since the pandemic began.

The Federal Reserve’s Beige Book, released on Wednesday, showed that the economy was experiencing moderate growth as it emerged from the COVID pandemic, as vaccinations and the easing of lockdowns playout, but it also highlighted supply-chain disruptions and labor shortages that could intensify fears of inflation.

The Fed’s policy makers have been saying that they expect inflation to be transitory. However, market participants say the Fed has been laying the groundwork for discussions around scaling back its accommodations if the economy overheats.

“The Fed is stealthily planting the seeds for normalizing monetary policy, which could become the dominant market theme by the late summer or fall, assuming US economic data remains strong,” wrote Marios Hadjikyriacos, investment analyst at XM, in a daily note.

In addition to jobs data, surveys of service sector purchasing managers are scheduled to be released starting at 9:45 a.m. from IHS Markit and the Institute for Supply Management at 10 a.m.

Although the broader market moves have been subdued, so-called meme stocks, which have been heavily influenced by social media and not financial fundamentals, have been on a tear, including AMC Entertainment Holdings AMC, +95.22%, GameStop Corp. GME, +13.34% and Bed Bath & Beyond BBBY, +62.11%, raising concerns anew about bubbles forming in parts of the financial system amid the low-interest-rate environment.

On the public health front, the seven-day average for new U.S. cases has fallen 46% from two weeks ago, according to a New York Times tracker, and for hospitalizations has declined 22%, and deaths have dropped 35% as vaccinations continue to increase.

Which companies are in focus?