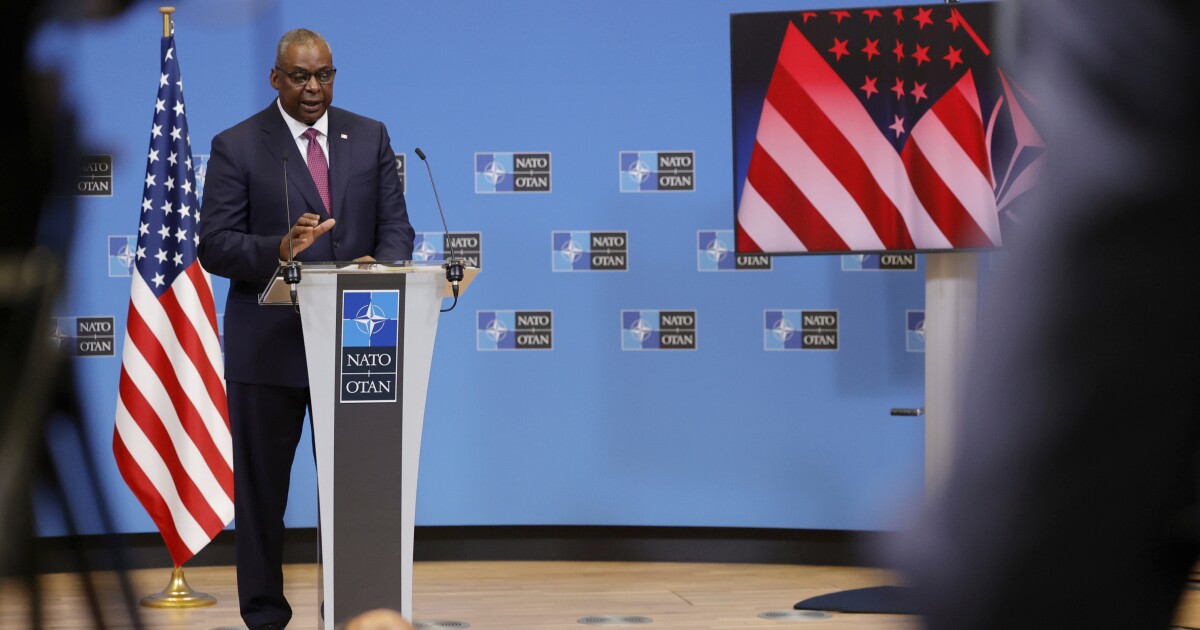 The U.S. military ordered the deployment of 500 additional troops to Europe, pushing the total number of American forces on the continent to about 100,000 as it seeks to deter Russia from broadening its unprovoked war in Ukraine, Pentagon officials said Monday.

The officials said the personnel moves come as Russia has committed nearly all of its pre-assembled combat forces into the battle over the former Soviet republic, an onslaught that has resulted in an increasing number of civilian fatalities. In a sign that Russian forces may need additional help in overcoming stiff Ukrainian resistance, U.S. officials said it appears the Kremlin is seeking to recruit foreign fighters from Syria to help in Ukraine.

“We do believe that the accounts of the Russians seeking Syrian fighters to augment their forces in Ukraine, we believe there’s truth to that,” said Pentagon spokesman John Kirby, adding that the Pentagon does not have any assessments on who these fighters would be, how many there would be, if there are any inside Ukraine now, what they are getting paid or any other details.

The Wall Street Journal first reported Sunday that Russia is recruiting fighters from Syria to aid in its invasion of Ukraine. A news outlet in Syria, Deir Ezzor 24, reported last week that Russia was offering $200 to $300 for Syrian fighters willing to go to Ukraine for six months to “operate as guards.”

Russia may be seeking to bolster its forces in Ukraine because its advance has stalled, said a Pentagon official, speaking on condition of anonymity. “They just have not made any significant progress on the ground” toward major cities that Russian forces have been seeking to capture, the official said.

“The Ukrainians are putting up a very stiff resistance,” the official added, “and [the Russian troops] just have not made much progress” in recent days. Russian President Vladimir Putin launched his invasion on Feb. 24 after Ukraine and the North Atlantic Treaty Organization countries rebuffed his demands to block Ukraine from ever entering NATO.

Defense Department officials said the troop deployments on Monday and others in recent weeks were temporary measures designed to shore up the defenses of NATO countries and deter potential Russian aggression.

President Biden and other top U.S. officials have stressed the country’s commitment to NATO’s Article 5, which stipulates an attack on one of the alliance’s 30 members is an attack on all. That would mean committing troops to combat to help another NATO member. It has been invoked just one time — after the Sept. 11, 2001, terrorist attacks.

“These are not permanent moves. We’re going to adjust the posture as conditions evolve,” the official said.

While the world has rallied around Ukraine and cheered on its defiance, Russia’s lack of progress has led its military to change its tactics in more brutal ways. It is now relying on more long-range missile and artillery bombardments to subdue Ukrainian resistance, leading to a spike in civilian casualties and far more damage to apartment buildings, schools and hospitals, according to U.S. officials.

“The bottom line is, more civilians are being killed and wounded, more civilian infrastructure’s being damaged or destroyed,” Kirby said.

While Kherson, a city in the country’s south, fell to Russian forces , Ukraine maintains control over Kyiv, the capital, as well as Kharkiv and Chernihiv, two other major cities, U.S. officials said.