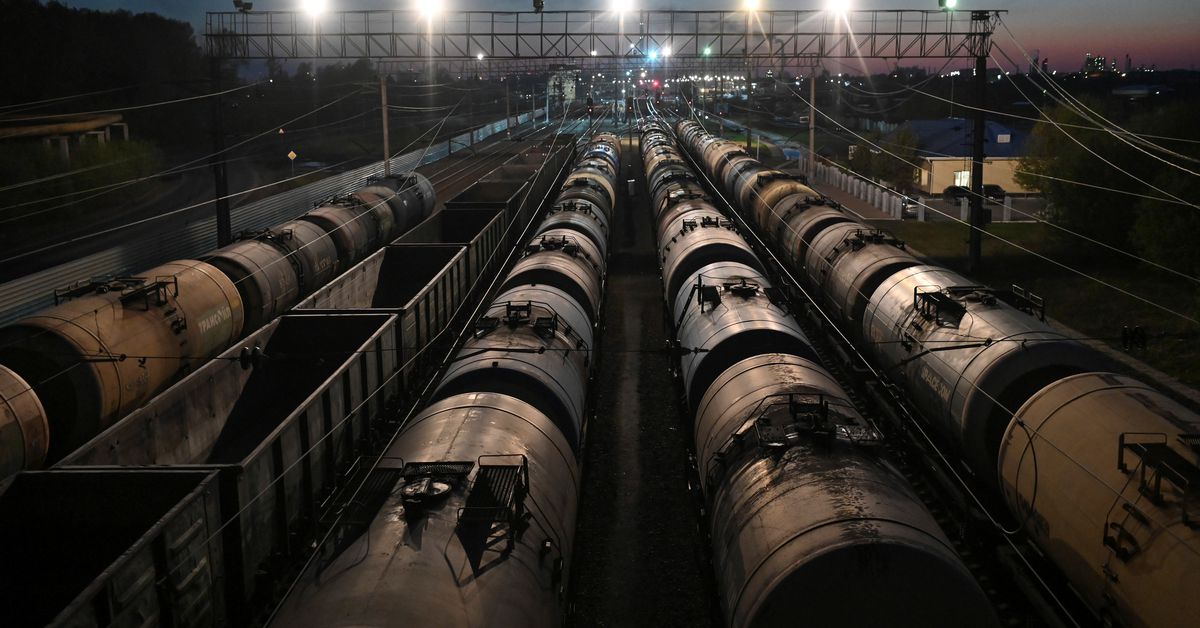 WASHINGTON, March 7 (Reuters) – The United States is willing to move ahead with a ban on Russian oil imports without the participation of allies in Europe, two people familiar with the matter told Reuters, in light of Russia’s invasion of Ukraine.

President Joe Biden held a video conference call with the leaders of France, Germany and the United Kingdom on Monday as his administration continues to seek their support for a ban on Russian oil imports.

The White House is also negotiating with U.S. congressional leaders who are working on fast-tracking legislation that would ban Russian imports, a move that is forcing the administration to work on an expedited timeline, a source told Reuters, speaking on condition of anonymity.

A senior U.S. official, also speaking on condition of anonymity, told Reuters that no final decision has been made but “it is likely just the U.S if it happens.”

Germany, the biggest buyer of Russian crude oil, has rejected plans to ban energy imports. Germany is accelerating its plans to expand its use of alternative energy sources but cannot halt imports of Russian energy overnight, German Chancellor Olaf Scholz said on Monday.

Oil prices have soared to their highest levels since 2008 due to delays in the potential return of Iranian crude to global markets and as the United States and European allies consider banning Russian imports.

Europe relies on Russia for crude oil and natural gas but has become more open to the idea of banning Russian products. The United States relies far less on Russian crude and products, but a ban would help drive prices up and pinch U.S. consumers already seeing increasing prices at the gas pump. read more

“We import such a smaller percentage of oil from Russia than the Europeans do … it is very different circumstance,” White House Press Secretary Jen Psaki told reporters.

U.S. House of Representatives Speaker Nancy Pelosi said in a Sunday letter that her chamber is exploring legislation to ban the import of Russian oil and that Congress intends to enact this week $10 billion in aid for Ukraine in response to Moscow’s military invasion of its neighbor.

A bipartisan group of U.S. senators introduced a bill on Thursday to ban U.S. imports of Russian oil. The Senate bill is getting fast-tracked.

After Russia invaded Ukraine, the White House slapped sanctions on exports of technologies to Russia’s refineries and the Nord Stream 2 gas pipeline, which has never launched.

So far, the United States has stopped short of targeting Russia’s oil and gas exports as the Biden administration weighs the impacts on global oil markets and U.S. energy prices.

Asked if the United States has ruled out banning Russian oil imports unilaterally, U.S. Secretary of State Anthony Blinken on Sunday said: “I’m not going to rule out taking action one way or another, irrespective of what they do, but everything we’ve done, the approach starts with coordinating with allies and partners,” Blinken said.

At the same time, the White House did not deny that Biden might make a trip to Saudi Arabia as the United States seeks to get Riyadh to increase energy production. Axios reported that such a trip was a possibility.

“This is premature speculation and no trip is planned,” a White House official said.

A year ago, Biden shifted U.S. policy away from a focus on Saudi Crown Prince Mohammed bin Salman, who is considered by many to be the de facto leader of Saudi Arabia and next in line to the throne held by the 85-year-old King Salman.