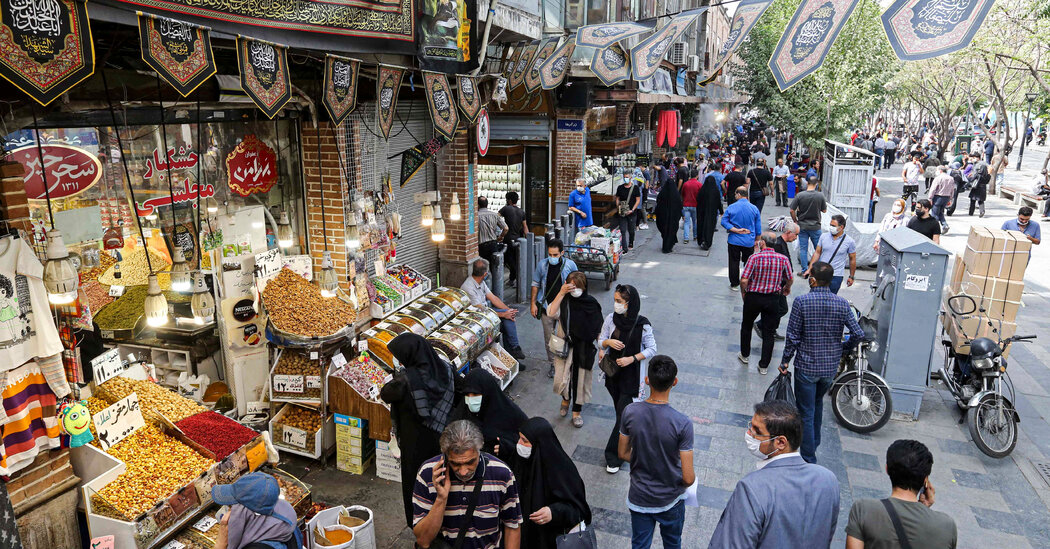 WASHINGTON — The Trump administration on Thursday imposed a new round of economic sanctions against Iran’s financial sector, as Washington seeks to increase pressure on Tehran in the weeks leading up to the presidential election.

The measure imposes penalties against 18 Iranian banks and comes days before a United Nations arms embargo on the country is set to expire. The action could effectively lock Iran out of the global financial system, further cratering its already collapsing economy.

It was the United States’ latest round of sanctions against Iran after the Trump administration’s attempt last month to unilaterally restore international economic penalties that much of the rest of the world has refused to enforce.

Critics said the new sanctions were unlikely to achieve the Trump administration’s goal of forcing Iran back into negotiations — both to limit its nuclear program and to end its hostilities across the Middle East — and would further distance the United States from key European allies.

“Our maximum economic pressure campaign will continue until Iran is willing to conclude a comprehensive negotiation that addresses the regime’s malign behavior,” Secretary of State Mike Pompeo said in a statement. “Our sanctions are directed at the regime and its corrupt officials that have used the wealth of the Iranian people to fuel a radical, revolutionary cause that has brought untold suffering across the Middle East and beyond.”

Last month, the Trump administration said it was reimposing United Nations sanctions against Iran over the fierce objection of American allies, in part to keep a global arms embargo in place beyond its expiration date of Oct. 18.

But the European Union has its own weapons embargo against Iran that is not set to expire until 2023, and officials in Britain, France and Germany resisted supporting the broader international sanctions in hopes of keeping alive an accord to limit Tehran’s nuclear program that has faltered since the United States withdrew from the deal in 2018.

Critics of the American sanctions announced on Thursday said they could have a chilling effect on investment in Iran and potentially deter humanitarian aid from flowing into the country, where over 27,000 people have died from the coronavirus pandemic.

“This is really squeezing Iran’s financial oxygen,” said Mark Dubowitz, the chief executive of the Foundation for Defense of Democracies, a Washington think tank.

In the run-up to the election on Nov. 3, Mr. Trump has sought to portray a tough stance on Iran. He has promoted as a foreign policy achievement his unilateral exit from a 2015 nuclear agreement established during the Obama administration.

“These sanctions are messaging sanctions,” said Daniel Fried, who was the State Department’s coordinator for sanctions policy in the Obama administration. “The messaging seems less to Iran and more to the American electorate.”

But if Joseph R. Biden Jr., the Democratic nominee, defeats Mr. Trump next month, the sanctions issued on Thursday could handicap efforts by the new administration to reset the United States’ relationship with Iran, experts said.

“If Joe gets elected, he’s having to deal with unraveling these actions,” said Richard Nephew, a senior fellow at the Brookings Institution. “It’s one more argument that needs to be had; it’s one more talking point that hard-liners can use.”