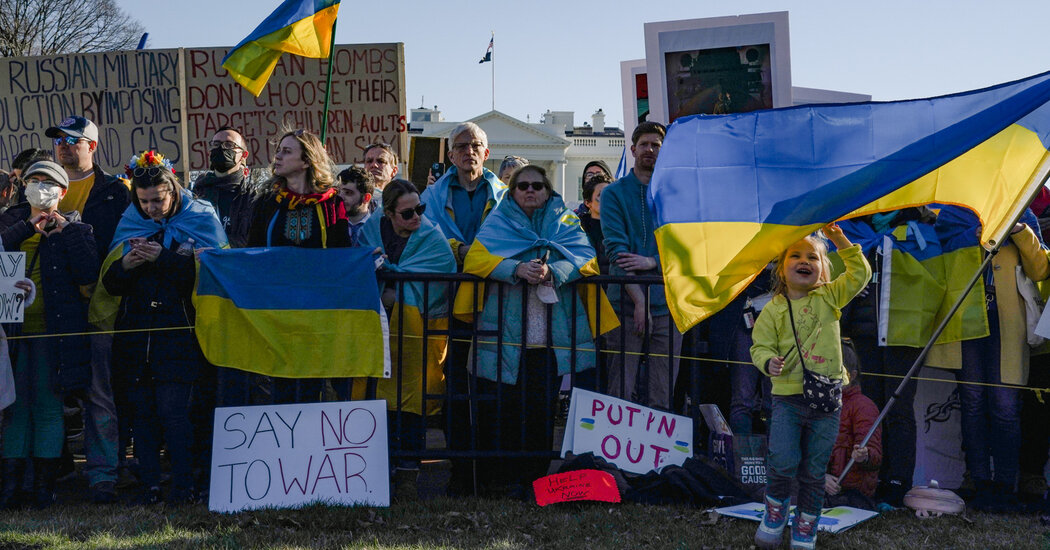 Flag manufacturers in the United States are cutting and sewing blue and yellow fabric as fast as possible to keep up with the surge in demand for the flag of Ukraine since the country was invaded by Russia last week.

Artie Schaller III, president of the National Flag Company, which makes flags and installs flagpoles, said he woke up on Thursday morning to a new order for 100 Ukrainian flags.

Mr. Schaller said his family’s 153-year-old company, which is based in Cincinnati, has sold 450 Ukrainian flags to retailers and individual buyers around the United States since the war began last Thursday. Last year, the company sold a total of seven Ukrainian flags, he said.

“This would be the biggest increase in volume for another nation’s flag that I’ve ever seen,” Mr. Schaller said. “I can only compare it to — in my time — to 9/11, for just how quickly people are willing to show support and are using a flag to do that.”

Flag manufacturers and sellers in Arizona, Utah, Texas, Missouri, Arkansas and Florida have reported a similar demand for Ukrainian flags this week. For a time on Thursday morning, a 3-by-5-foot polyester Ukrainian flag was the best seller in the Patio, Lawn and Garden section on Amazon.

The current Ukrainian flag was adopted in January 1992, after Ukraine won its independence from the Soviet Union the year before. The flag’s yellow and blue stripes, which today are said to represent a clear sky and a wheat field, were a feature in several versions of the flag before Ukraine adopted a modified version of the Soviet Union’s flag in 1949, according to the National Technical University of Ukraine.

In the past week, critics of the war have brandished Ukrainian flags at antiwar rallies in the United States, in shop windows and from their homes.

At the State of the Union address on Tuesday, people in the House chamber wore and waved Ukrainian flags. Gov. Spencer Cox of Utah ordered the flag to be flown over the State Capitol on Monday, saying in a statement that it was meant “as a symbol that Utah stands in solidarity with Ukraine.” In another show of support, some states have lit government buildings and landmarks in yellow and blue.