U.S. First Time Vaccination Rates Are At a New Low 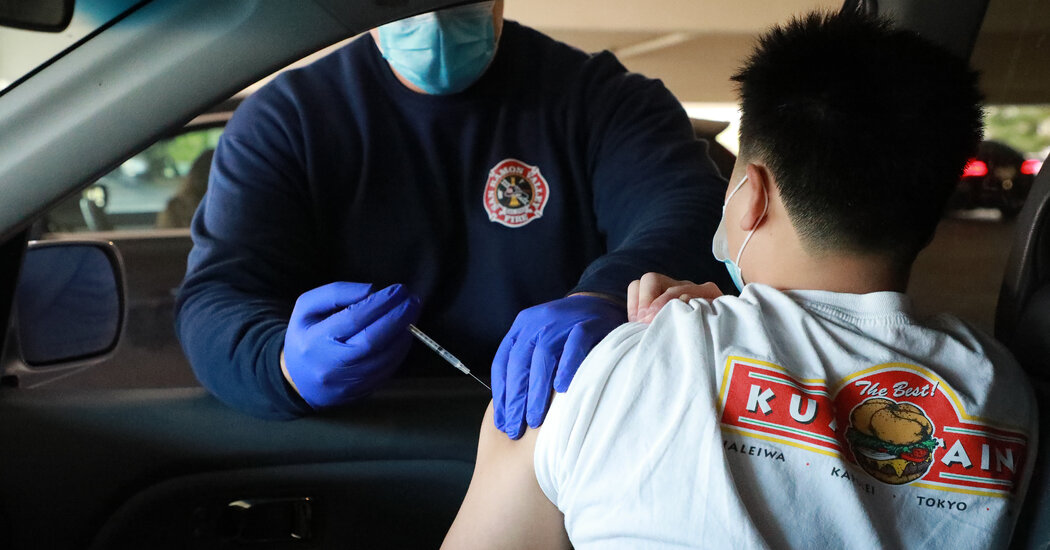 A year after the first coronavirus vaccines became available in the United States, and after months of politicized fights over vaccine mandates, the country’s campaign to vaccinate its population seems to have hit a wall, with very few people showing up for first shots.

An average of 76,000 Americans a day received their first dose this week, the lowest number since December 2020, according to the Centers for Disease Control and Prevention. The number of overall doses per day, including first doses, second doses and boosters, is also at its lowest since around then. That is a far cry from the peak of the vaccination campaign in April 2021, when an average of 1.8 million Americans a day were getting their first shots.

It seems that the people who were willing to get vaccinated have already gotten their shots, while those who are vaccine-hesitant or vaccine-resistant now have fewer incentives to change their minds. The numbers of Covid-19 cases, hospitalizations and deaths are falling, and many states are pulling back on mask mandates.

“Speaking to patients who are vaccine resistant is one of the most frustrating things I have ever done as a doctor,” said Dr. Irwin Redlener, a pediatrician and the director of the National Center for Disaster Preparedness. “The odd thing here is that the typical public health messages, such as ‘If you get Covid and you’re not vaccinated, you have a 20 times greater chance of dying than if you had been vaccinated,’ just don’t seem to work with these patients. The black-and-white scientific reality is in a serious conflict with misinformation.”

As the United States nears the pandemic’s second anniversary, the public’s mood toward it is dominated by fatigue and frustration, a recent report found. This attitude transcends partisan lines and crosses different age, gender, race, ethnicity and income groups. The public is now reportedly more worried about the impact of the Omicron wave on the economy than on their personal health and lives, the report said.

“There’s a lot of wishful thinking that we are done with the pandemic, which we are not,” Dr. Redlener said, adding that the possible surges of new variants and subvariants make the urgency to get vaccinated as real as ever. “I wouldn’t be worried if people were saying, ‘We’re sick of this, we want to get back to normal, but we’re going to get vaccinated.’ Unfortunately what we are seeing is a confluence of a delusion of normalcy with vaccine hesitancy.”

Roughly 76 percent of Americans have received at least one dose of a Covid-19 vaccine. Experts estimate that with only about 65 percent of the population fully vaccinated, there is little hope for the United States to reach herd immunity. About 80 million Americans still remain unvaccinated, which puts them at an elevated risk of hospitalization and death from Covid-19.