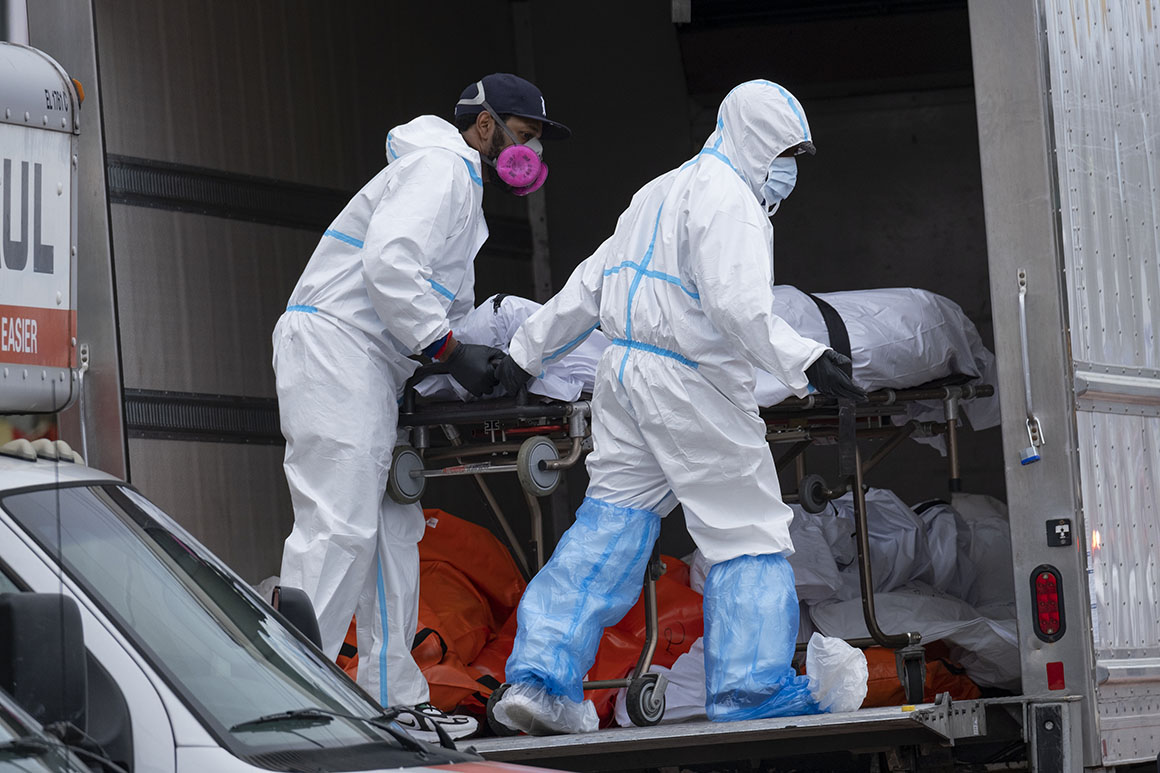 “We’re rounding the corner on the pandemic,” Trump said on “Fox & Friends” on Monday. “And we’ve done a phenomenal job.” Later that night at a campaign rally, he falsely claimed that the virus affects “virtually nobody” under 18 years old.

Democratic presidential nominee Joe Biden on Tuesday struck a somber tone in marking the milestone, acknowledging the emotional toll the pandemic has inflicted on many.

“No words can numb your pain, but know the nation grieves with you,” Biden wrote on Twitter. “Today is dark, but we will overcome this. Keep the faith.”

The pace of coronavirus deaths has slowed since an infection surge across the Sun Belt states this summer helped drive the daily toll over 1,000. Fewer than 800 people are now dying each day, which is still hundreds more than during a brief lull at the start of summer. Meanwhile, the number of daily infections in the past two weeks has ticked up from roughly 35,000 to 40,000.

The cooler weather and flu season could bring new risks, health experts have long warned. The nation may be on course for over 400,000 coronavirus deaths by year’s end, according to the latest projection from the University of Washington’s Institute of Health Metrics and Evaluation, whose modeling was influential in the White House’s early coronavirus response.

Facing broad disapproval over his handling of the pandemic, Trump has defended his administration’s performance even as he admitted this month that he initially downplayed the virus. Trump said he didn’t want to spark panic, but Democrats and disease experts said Trump missed a crucial window to prepare the country.

“Donald Trump said this pandemic would magically disappear,” said Democratic National Committee chair Tom Perez in a statement. “Instead, 200,000 lives have perished, millions of jobs have vanished, and our once growing economy under Barack Obama and Joe Biden is now a dim memory thanks to this president’s failure.”

Trump in recent weeks has touted the rapid pace of vaccine development, suggesting that one could gain approval by Election Day and be quickly distributed to all Americans by April. But his aggressive vaccine timeline doesn’t align with the expectations laid out by the Centers for Disease Control and Prevention, which will play a key role in the vaccine’s distribution. Biden has questioned if Trump would speed approval of an unsafe or ineffective vaccine for electoral gain, while Trump declared that vaccines are “moving along fast and safely” and accused Biden of fearmongering.

The race for a coronavirus vaccine has many Americans worried that the administration is pushing for doses to be administered too early. About six in 10 adults fear that the FDA will rush into approving vaccines due to political pressure, according to a recent survey from the Kaiser Family Foundation. Too many people avoiding the shot would prolong the pandemic, meaning more infections and death.

CDC Director Robert Redfield for months has stressed the importance of flu shots to help reduce the burden on a health care system that could be batting a new wave of coronavirus cases this fall and winter. Flu vaccination and adherence to public health measures, Redfield testified before the Senate last week, “could help this nation avert a very difficult fall, lessening the burden on our healthcare system and saving lives.”

Many health experts, including infectious-disease specialist Anthony Fauci, agree that the official tally of coronavirus infections and death is likely an undercount. It also doesn’t account for staggering increases in deaths from other causes that have been exacerbated by the pandemic. For instance, preliminary federal data show fatal drug overdoses climbed over 11 percent this year through April, while deaths attributed to Alzheimer’s disease and dementia rose 20 percent higher than usual this summer.

Asked recently about the coronavirus death toll, Trump health officials highlighted progress made since the summer and stressed the country is capable of keeping the virus in check if people follow public health guidance — something that’s proven difficult throughout the pandemic.

“We do have a formula to reduce the deaths, reduce the cases,” said administration testing czar Brett Giroir in a Sunday interview on CNN. “But we all have to be disciplined and diligent to make sure we obey that every single day.”