U.S. Confirms It Does Not Want to Buy Greenland 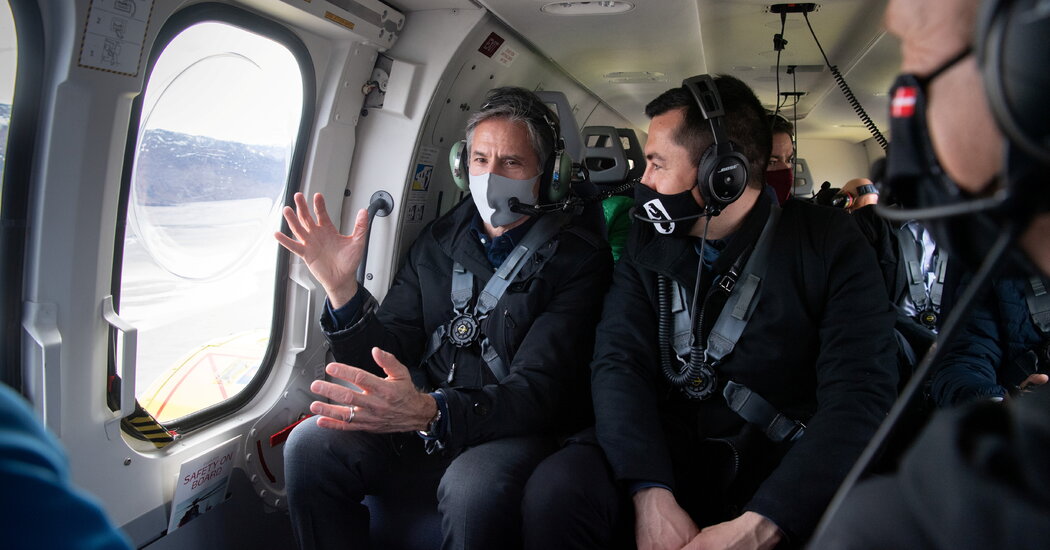 Secretary of State Antony J. Blinken on Thursday confirmed that the United States was no longer interested in buying Greenland, scuttling for good a quixotic 2019 proposal by the Trump administration to annex the self-governing Danish territory.

“I can confirm that’s correct,” Mr. Blinken said during an appearance in Greenland with Danish officials and the premier of Greenland, Mute Egede, in response to a reporter who asked him to “definitively say that the United States does not seek to buy Greenland.” Earlier in the day, the secretary of state toured the territory and met privately with the premier to discuss “bilateral trade and investment.”

Mr. Blinken’s brief remarks closed the book on a bizarre episode in U.S. foreign policy. The Wall Street Journal had first reported in August 2019 that President Donald J. Trump had repeatedly asked aides to pursue a purchase of Greenland, in part to exploit the territory’s abundant natural resources. Mr. Trump’s advisers were highly skeptical of the idea, but agreed to investigate the matter.

News of Mr. Trump’s interest in annexing Greenland quickly became the butt of jokes online, while receiving a cold reception both from residents of the semiautonomous territory and among Danish leadership, who took umbrage at the then-president’s suggestion that the territory could be bought as, essentially, “a large real estate deal.”

“Greenland is not for sale,” Mette Frederiksen, the prime minister of Denmark, told a Danish newspaper at the time. “Greenland is not Danish. Greenland belongs to Greenland. I strongly hope that this is not meant seriously.”

Mr. Trump, angered at the Danish response to his idea, abruptly canceled a diplomatic visit to Denmark and described Ms. Frederiksen as “nasty,” sparking an international incident.

“All they had to do is say, ‘No, we’d rather not do that’ or ‘We’d rather not talk about it,’” Mr. Trump said to reporters on the day he canceled the trip. “Don’t say, ‘What an absurd idea that is.’”

Pele Broberg, Greenland’s foreign minister, alluded to the diplomatic rupture during his appearance with Mr. Blinken on Thursday.