U.S. and Europe Will Bar Some Russian Banks From SWIFT 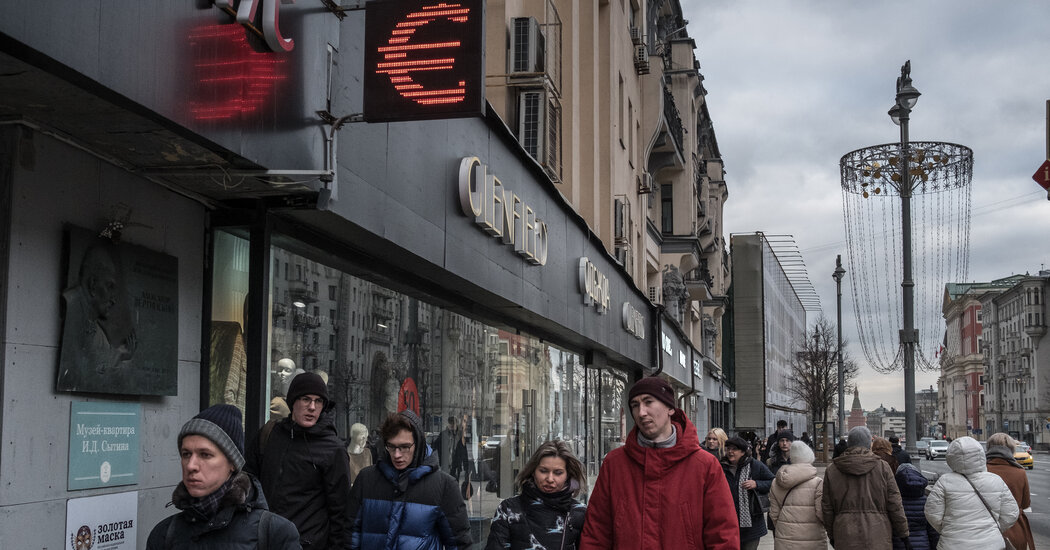 Biden administration officials said on Saturday that there would be new restrictions by the United States and its allies against selling rubles to Russia, undercutting the country’s ability to support its currency in the face of new sanctions on its financial sector. That, in turn, could cause inflation — and while administration officials did not say so explicitly, they are clearly hoping that could fuel protests against Mr. Putin’s rule in Russia.

“We know that Russia has been taking steps since 2014 to sanctions-proof its economy, in part through the stockpiling of foreign exchange reserves,” said Emily Kilcrease, a senior fellow at the Center for a New American Security. “The central bank sanctions will limit their ability to leverage this asset, along with constraining their ability to conduct monetary policy of any sort to manage the economic damage from other sanctions.”

The United States and its allies also announced steps to put pressure on Russia’s elites, including creating a task force that the White House said would “identify, hunt down and freeze the assets of sanctioned Russian companies and oligarchs — their yachts, their mansions and any other ill-gotten gains that we can find and freeze under the law.”

The idea is to strike those who are closest to Mr. Putin and undermine their ability to live in both Russia and the West. In another new move, the United States and its allies said they would seek to limit the sale of so-called golden passports that allow wealthy Russians who are connected to the Russian government to become citizens of Western nations and gain access to their financial systems.

While the steps are some of the harshest taken yet, the announcement falls short of a blanket cutoff of Russia from SWIFT, which some officials see as a nuclear option of sorts. Such a move would have essentially severed Russia from much of the global financial system.

And some experts say that it may only drive Russia to expand the alternative to the SWIFT system that it created several years ago when it began trying to “sanction-proof” its economy. But Russia’s equivalent system is primarily domestic; making it a competitor to SWIFT, officials say, would require teaming up with China.

The moves on Saturday came on the same day that Germany’s chancellor, Olaf Scholz, announced that his government was approving a transfer of antitank weapons to the Ukrainian military, ending his insistence on providing only nonlethal aid, such as helmets.