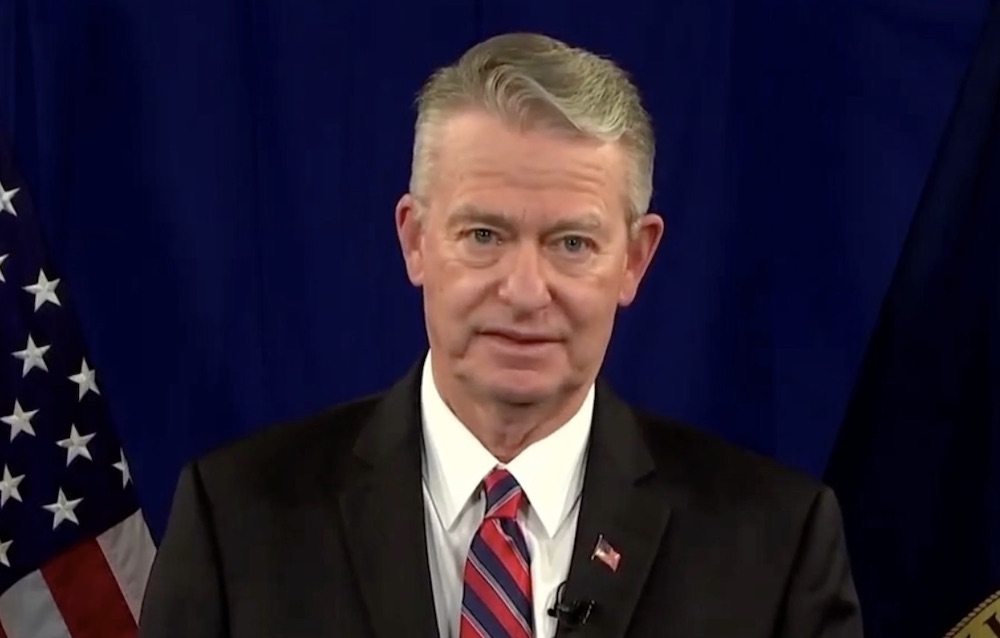 Little’s office announced the reversal Friday morning. His executive order would “restore local control” and allow local jurisdictions to determine their own mask policies. Idaho does not have a statewide mask mandate.

“The action that took place was an irresponsible, self-serving political stunt,” Little said in a press release.

“Taking the earliest opportunity to act solitarily on a highly politicized, polarizing issue without conferring with local jurisdictions, legislators and the sitting governor is, simply put, an abuse of power,” he added. “This kind of over-the-top executive action amounts to tyranny — something we all oppose.”

Little gave McGeachin a heads up about his executive order, said Emily Callihan, Little’s spokesperson. Little’s office on Thursday said the governor was not informed ahead of time before McGeachin issued her order.

McGeachin, who is running for governor, signed her executive order Thursday morning when she was acting governor. Little was out of state for a Republican Governors Association event in Nashville, Tennessee.

While McGeachin’s executive order exempted hospitals, it did not exempt other congregate settings, such as prisons or research labs that dealt with infectious diseases. West Ada School District, Idaho’s largest, said it will keep its mask mandate in consultation with legal counsel.

McGeachin in a letter to supporters on Thursday campaigned on ending Idaho’s mask mandates and asked for donations after she signed her executive order.

READ THE ENTIRE LETTER FROM GOVERNOR LITTLE BELOW:

We could talk ‘til we’re blue in the face about masks and whether they work – whether mask mandates work – but I think the people of Idaho are tired of hearing about it.

With the roll out of the COVID-19 vaccine and steady declines in case counts and hospitalizations, masks are, thankfully, becoming a thing of the past.

For the record, though, I have opposed a statewide mask mandate all along because I don’t think top-down mandates change behavior the way personal choice does.

But, as your Governor, when it came to masks, I also didn’t undermine separately elected officials who, under Idaho law, are given authorities to take measures they believe will protect the health and safety of the people they serve.

An executive order that was issued while I was out of state this week runs contrary to a basic conservative principle – the government closest to the people governs best.

The executive order unilaterally and unlawfully takes away authorities given to the state’s mayors, local school board trustees, and others.

The executive order usurps legislative powers. It replicates a bill that was debated considerably in the Legislature but failed, making law with the stroke of a pen.

The action that took place while I was traveling this week is not gubernatorial.

The action that took place was an irresponsible, self-serving political stunt.

Taking the earliest opportunity to act solitarily on a highly politicized, polarizing issue without conferring with local jurisdictions, legislators, and the sitting Governor is, simply put, an abuse of power.

This kind of over-the-top executive action amounts to tyranny – something we all oppose.

How ironic that the action comes from a person who has groused about tyranny, executive overreach, and balance of power for months.

Furthermore, the executive order presents some pretty alarming consequences. For example, we would not be able to require safety measures for social workers visiting homes of at-risk individuals, or workers in our state testing lab, or employees at congregate facilities that are particularly vulnerable to outbreaks of infectious disease, threatening loss of life and added strain on the health care system we all depend on.

The executive order also conflicts with other laws on the books.

This is why you do your homework, Lt. Governor.

Let me offer some advice as Idaho’s duly elected Governor – governing in a silo is NOT governing.

I am always reluctant to engage in political ploys, especially when I have been steadfast in meeting the simultaneous goals of protecting both lives and livelihoods.

However, the significant consequences of the Lt. Governor’s flimsy executive order require me to clean up a mess.

With my own executive order today, I will be returning Idaho law to what it was before 11 a.m. on Thursday.

To the people of Idaho, I want to thank you once again, as I have many times throughout the pandemic, for protecting your loved ones and getting us through some of the darkest months of our state’s history.

As your Governor, I have worked hard to protect lives and critical health care capacity for the entire state while keeping families safe and businesses and schools open.

Every decision has been a balancing act, and I do believe we achieved a balance. We managed to prevent a crisis in our hospitals, and we have kept our state open longer than almost every other state.

Idaho has the strongest economy in the nation and the most financially solvent state budget. With our record budget surplus, we provided Idahoans historic tax relief and made strategic investments in Building Idaho’s Future for our roads, schools, broadband, and other critical areas.

Few states can claim that kind of success.

It is an honor for me to serve as your Governor, and I remain committed to working responsibly to achieve our shared goal of making Idaho the place where our children and grandchildren choose to stay.