Two years after declaring a pandemic, the W.H.O.’s watchword is still caution. 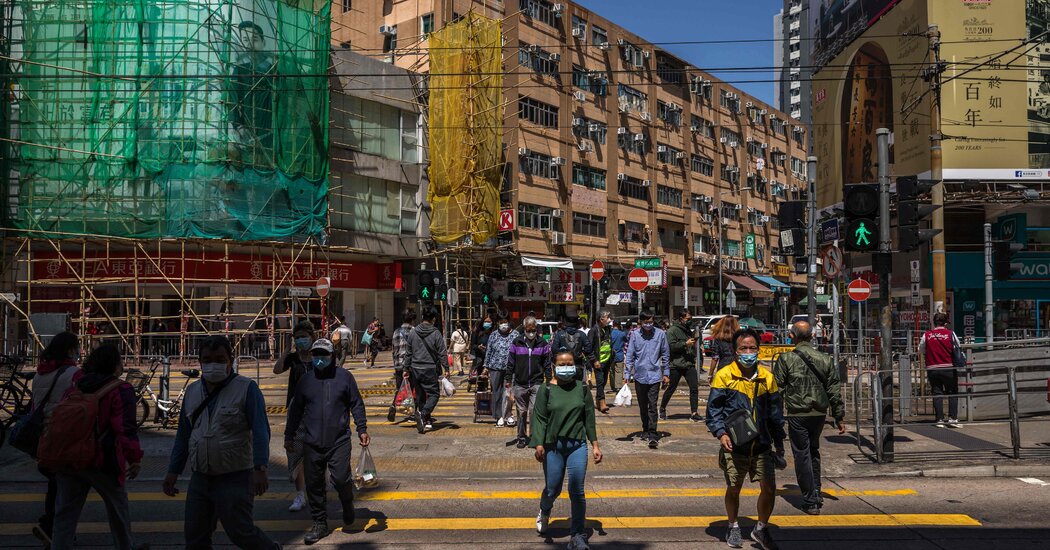 The World Health Organization, often criticized for being too slow to declare in 2020 that a pandemic was underway, now says — two years to the day after making that declaration — that many countries are being too quick to declare it over and let down their guard.

By the time Dr. Tedros Adhanom Ghebreyesus, the agency’s director general, officially declared the spread of the coronavirus to be a pandemic in the early evening of March 11, 2020, the virus was already known to have infected more than 120,000 people in 114 countries, killing about 4,300.

Then as now, the agency, an arm of the United Nations, tended to move cautiously and methodically. It was only after weeks of near-daily media briefings, in which he called on the organization’s nearly 200 member countries to contain the virus through testing, contact tracing and isolation of those who might be infected, that Dr. Tedros made the change to calling the crisis a pandemic. He did it, he said then, to attract attention, because many countries were not taking seriously the group’s earlier declaration of a public health emergency.

“My first comment that day was, it was about time,” Dr. Georges Benjamin, the executive director of the American Public Health Association, recalled in an interview this week. “We had been in a pandemic for a while, and not necessarily behaving that way. We needed that message to jump-start it, from a global perspective.”

That day, the N.B.A. suspended its season and the actors Tom Hanks and Rita Wilson, his wife, announced they had contracted the virus. In the days that followed, Broadway closed its curtains, stock markets plunged and schools and businesses shut their doors. President Donald J. Trump shut U.S. borders to most travelers from continental Europe. The known toll in the United States on March 11 stood at 1,263 cases and 37 deaths; soon the nation would be the global epicenter of the pandemic.

Two years later, American states and many countries are rushing to drop public health precautions, reduce testing and lift restrictions, citing the swift decline of the Omicron surge — and the W.H.O. is saying: Not so fast.

In several forums this week, the agency urged continued vigilance, especially about inequities. In a stark update on the threat the virus continues to pose, the W.H.O.’s regional arm for the Americas said that the Western Hemisphere, with less than 13 percent of the world’s population, had reported 63 percent of all new known coronavirus cases in the first two months of 2022.

“This virus has fooled us every time,” Dr. Benjamin said. “That’s why they’re appropriately cautious.”

The agency has been trying for months to keep its wealthier member nations from racing far ahead of the rest. In August, the W.H.O. sought a moratorium on booster shots to free up vaccine doses for the billions of people still unvaccinated in poorer countries, with exceptions only for immunocompromised people. Not until Tuesday did the agency give a broader endorsement of booster shots.

That was followed on Wednesday by a new recommendation to greatly expand supplies of self-testing kits in poor countries, where professional testing can be burdensomely expensive.

“This inhibits our ability to see where the Covid-19 virus is, how it’s spreading and evolving,” Dr. Tedros said of the scarcity of testing in poor countries.

But it could be months before the test initiative makes much headway, if the struggles of Covax, the global coronavirus vaccine distribution program, are any guide. Only 14 percent of people in the low-income nations that Covax is meant to help most have received a dose, according to the Our World in Data project at the University of Oxford.

With more than 10 million new coronavirus cases reported last week — almost surely an undercount, because testing rates have declined significantly — the W.H.O.’s biggest challenge now is the same as it was two years ago: getting the member countries that finance its work to heed its warnings.

“The pandemic is far from over,” Dr. Tedros said on Wednesday, “and it will not be over anywhere until it’s over everywhere.”