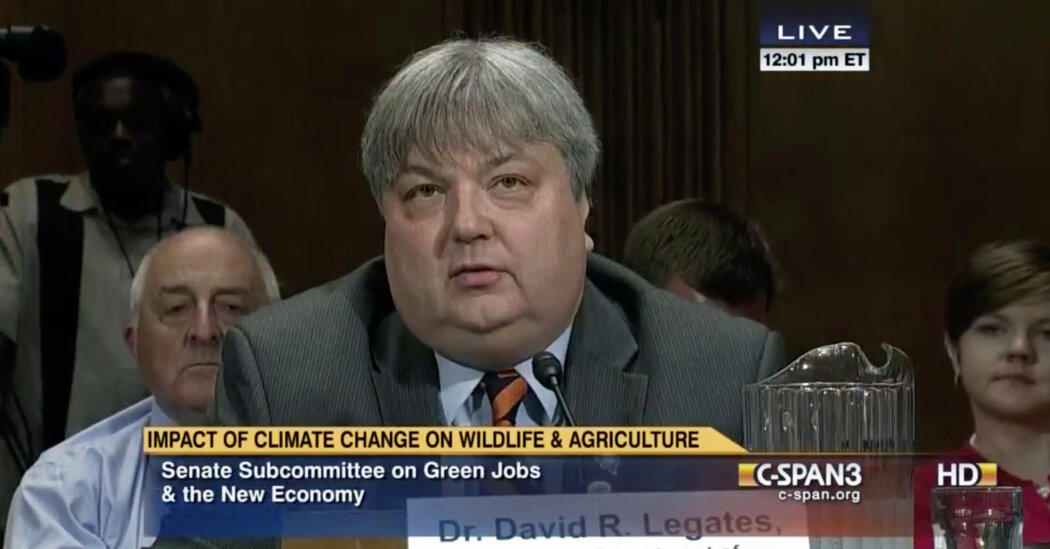 The Commerce Department’s Office of Inspector General said it will investigate an incident earlier this month in which two former Trump appointees posted debunked scientific reports denying the existence and significance of man-made climate change, purportedly on behalf of the United States government.

Senator Mazie K. Hirono, Democrat of Hawaii, along with four other Senate Democrats, had requested the inquiry into potential wrongdoing around the postings and improper use of government logos. In a letter Friday to the senator, the compliance and ethics staff of the inspector general’s office wrote, “After careful consideration, we decided to review this matter further.”

Days before the end of the Trump administration, David Legates, who served as the head of the United States Global Change Research Program, and Ryan Maue, a senior official at the White House Office of Science and Technology Policy (O.S.T.P.), were reassigned after they posted reports on a climate denialism website. The Commerce Department is conducting the review because the two were on detail from the National Oceanic and Atmospheric Administration, which is part of the Commerce Department.

The reports were largely discredited theories, including one claiming the sun and not human-caused pollution is responsible for recent warming, and bore the logo of the executive office of the president. It also purported to be the copyrighted work of the O.S.T.P., representing “the current state-of-the-science” on climate change. The head of that agency under Mr. Trump, Kelvin Droegemeier, said in a statement at the time that the postings had been done without his knowledge or consent.

In requesting the investigation, Sen. Hirono — along with Senators Sheldon Whitehouse of Rhode Island, Elizabeth Warren of Massachusetts, Edward J. Markey of Massachusetts and Richard Blumenthal of Connecticut — said they worried that the departure of the two appointees “presents an opportunity for this issue to fall through the cracks.”

Beyond “disseminating dangerous information,” the senators wrote, the use of O.S.T.P.’s logo and copyright without permission is illegal under federal law. “Not holding those involved accountable sets a bad precedent for future instances along those lines,” they said. Mr. Legates did not immediately respond to a request for comment and Mr. Maue declined to comment.

A spokesman for the Biden administration did not respond to a request for comment. But President Biden has been outspoken about “bringing science back” to the federal government, and on Wednesday the White House is expected to issue a sweeping agencywide memorandum on scientific integrity, according to an internal planning document obtained by The New York Times.