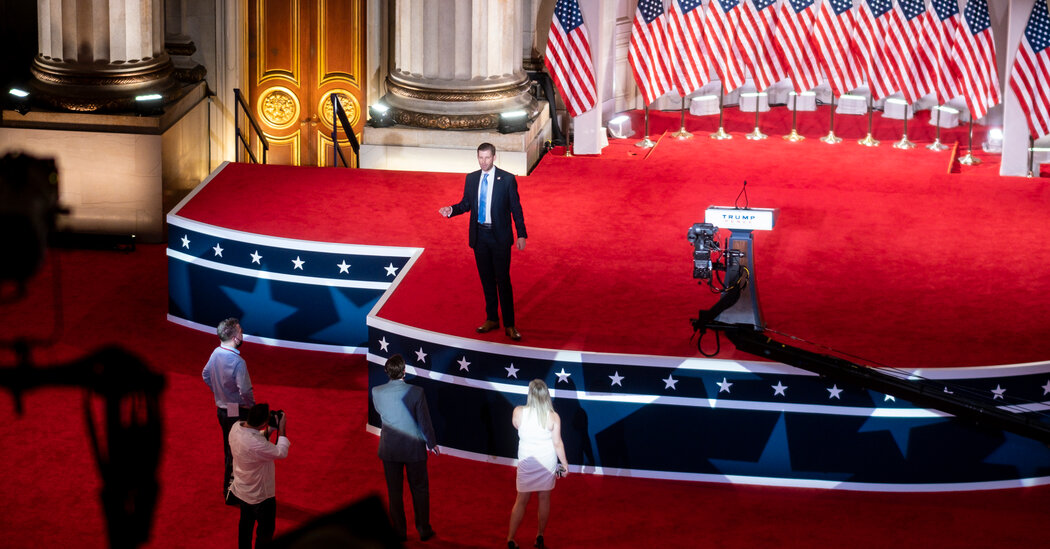 Nielsen said late Wednesday that after a final tally, Tuesday’s audience was slightly higher than the Democrats’ second night, which drew 19.2 million people.

Tuesday night’s uptick for the Republicans was fueled in large part by Fox News, which drew close to 8 million viewers, a huge number by today’s TV standards.

Fox News’s 10 p.m. audience was larger than that of ABC, CBS, NBC and MSNBC combined, according to early Nielsen estimates. The channel’s viewership accounted for 44 percent of the total TV audience on Tuesday among the six major networks covering the convention.

Nielsen ratings do not include online platforms and streaming services, which are increasingly used by younger Americans.

MSNBC, popular with liberals, aired a bit less of Tuesday’s Republican convention than it did last week for the Democrats, with the host Rachel Maddow cutting in for a series of fact-checks.

On Fox News, Sean Hannity carried more of Tuesday’s convention unfiltered than he had on Monday, when the host interrupted speakers for analysis and interviews. Tuesday’s “Hannity” ended up recording its most-watched hour ever on Fox News, with 7.7 million viewers.