Tulsa Massacre: ‘Our country may forget this history, but I cannot’ 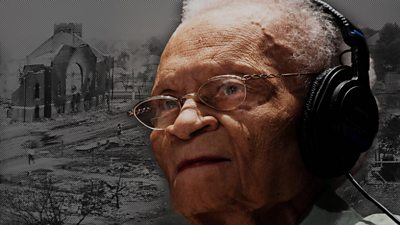 Viola Fletcher had just turned seven when she witnessed the Tulsa Race Massacre of 1921.

Historians estimate around 300 people were killed when a prosperous black neighbourhood was attacked by a mob. Hundreds of homes and businesses were ransacked.

For decades, this painful chapter of America’s history was swept under the carpet. A century later, the last known remaining survivors are still calling for justice. So, what exactly happened in Tulsa 100 years ago?