Trump’s TikTok and WeChat bans: What they really mean for you – Los Angeles Times 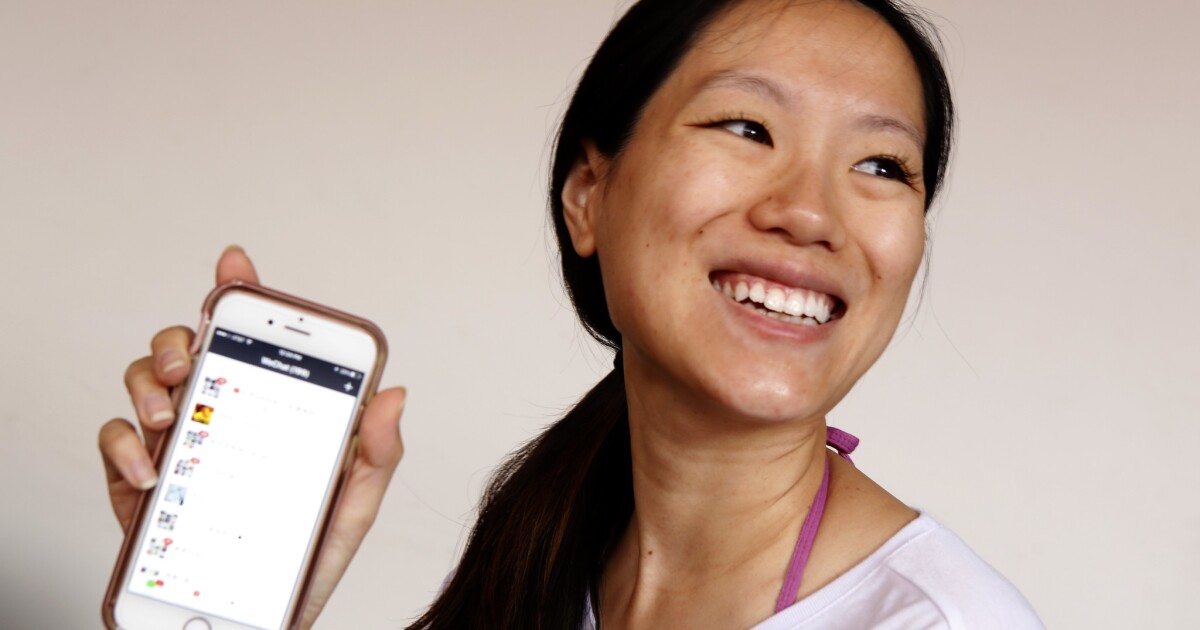 The Trump administration has been waging a months-long campaign against two popular mobile apps, WeChat and TikTok, over their Chinese ownership.

It began with an Aug. 6 executive order calling for bans on both under the International Emergency Economic Powers Act, which gives Trump the authority to regulate international commerce to address unusual or extraordinary threats.

On Friday, the Department of Commerce provided more detail on how the order would be executed, with a comprehensive WeChat ban and prohibition on new TikTok downloads taking effect Sunday night. But the announcement raised as many questions as it answered.

Below, our attempt at filling in some of the gaps.

Why is this happening?

The Trump administration believes that WeChat and TikTok, owned by China-based tech companies Tencent and ByteDance, are national security threats and could be giving information to the Chinese government on U.S. users.

Do TikTok and WeChat pose a real security threat?

Experts say questions about TikTok’s security vulnerabilities are fair and legitimate. The information the app collects could certainly be exploited.

But so far, clear evidence that the app is being exploited has not surfaced, and critics speculate the Trump administration’s push is driven more by anti-China political posturing than hard intelligence.

TikTok has said it has not given information to the Chinese government and it stores its data in Virginia and backs it up in Singapore.

On the other hand, there are documented examples of WeChat being exploited by the Chinese government. Cyber researchers at the Citizen Lab in Toronto and open-source data security collective GDI Foundation have studied how the Chinese government surveils conversations on the app. Messages have been blocked and stored in a database connected to public security agencies in China.

TikTok’s parent company ByteDance will have until Nov. 12 to divest its TikTok U.S. operations or have the app banned in the U.S. in accordance with a separate executive order Trump signed on Aug. 14.

ByteDance is working on addressing Trump’s concerns with a deal that would make Oracle its trusted technology partner and maintain TikTok’s network in the U.S. Any deal would need to be approved by Trump and the Chinese government.

A coalition of WeChat users filed a lawsuit alleging the order was ill-defined and violated constitutional rights to free speech. Plaintiffs requested that the court block Trump’s executive order. The judge overseeing the case, Laurel Beeler, said in court Friday she had already begun writing up a preliminary junction but needs to hear further arguments in light of the new details from the Commerce Department. She has scheduled another hearing for Saturday afternoon.

Separately, TikTok has sued the Trump administration on the executive order signed Aug. 6, arguing it is unconstitutional.

Will I still be able to use the apps?

TikTok users who already have the app downloaded will still be able to use it for now. But without the ability to download updates, users of the app would become more vulnerable to security breaches and miss out on bug fixes that keep it functioning smoothly.

New users will not be able to download TikTok after Sunday.

The action against WeChat is much harsher and will probably have a greater initial impact. Based on Friday’s announcement, it appears the restrictions will render WeChat essentially useless in the U.S., and users will not have access to a well-functioning WeChat app after Sunday, if Google and Apple adhere to the Commerce Department’s instructions. Google and Apple did not respond to requests for comment.

TikTok will face similarly dire restrictions Nov. 12 if the company is not able to convince the administration it does not pose a national security concern.

If they are located outside the United States, Americans will still be able to use WeChat and make payments through the apps.

Could I get into legal trouble for using the apps?

Probably not. On Wednesday, the Justice Department said in a filing that the Commerce Department “does not intend to take actions that would target persons or groups whose only connection with WeChat is their use or downloading of the app to convey personal or business information between users.” It said such users would not be exposed to “criminal or civil liability.”

Who will be impacted by the WeChat action?

The WeChat ban will deal a huge blow to Chinese populations in the United States, including concentrated communities in Southern California, such as in the San Gabriel Valley. People use it for everything from organizing politically, to reading news, shopping and communicating with their family members. Local eateries use it as a payment method, particularly for tourists and students with Chinese bank accounts.

Are there ways to download and update apps outside of the official Google and Apple stores?

There are ways to install unauthorized applications outside of the official app stores, but it’s not simple and not as safe for your device.

What alternatives are there for communicating with people in China?

There are no perfect substitutes to WeChat when communicating with people in China, since most foreign apps are banned in the country.

Line, a Korean-owned messaging app popular in Japan, Facebook-owned WhatsApp, Facebook Messenger and Telegram could serve as WeChat alternatives. These could serve as messaging substitutes within the U.S. To communicate with people in China though these apps, China-based users would need a virtual private network.

Some analysts also believe that the order also prohibits VPN networks from providing a backdoor way for U.S. users to access WeChat.

“They might have been thinking ahead, going, ‘OK, we can remove them from the App Store, but we don’t want anybody helping the users of the app continue to make [it] function across the internet,’” said Jeremiah Grossman, who has nearly two decades of experience in computer security and is the CEO of Santa Clara-based Bit Discovery.

What will happen to TikTok workers in the U.S.?

TikTok has more than 1,500 employees in the U.S., with its largest office in Culver City. Employees will still be able to receive paychecks and benefits, the Department of Justice said in court records filed last week.

Some foreign-born workers on H-1B visas have reported that they have yet to receive U.S. government approval to be employed at TikTok. The Department of Justice did not respond to a request for comment.

What are popular TikTok creators saying about all this?

“I would be sad to be banned and to see it gone because I am relying on it at this point for revenue,” said Alex Stemplewski, a 31-year-old Santa Monica photographer who quit his job as an insurance actuary to pursue a career making videos on TikTok. “My mindset right now is to prepare for the worst and hope for the best.”

Stemplewski, who has 10.2 million followers on TikTok, said part of his contingency plan is to post more content on Instagram’s rival short-form video feature, Reels.

He said the executive order won’t immediately affect him heavily since the app’s existing user base will still see his content.

But if the TikTok app were to be fully banned, it would be a huge blow to Stemplewski, who makes anywhere from $7,000 to $15,000 a month on TikTok through brand deals, its creator fund or gifts earned in a livestream.

“This would be a huge detriment to me financially,” he said.

Nick Tangorra, a 22-year-old singer-songwriter who has 1.2 million followers on TikTok, said the platform transformed his life and music career.

But Tangorra, who also serves as an ambassador for TikTok, said his loyalty lies with the platform. “You will not see my jumping on the Triller train,” he said.

“You see companies that think they can copy-paste the app. You can’t copy-paste and duplicate the creator community.”