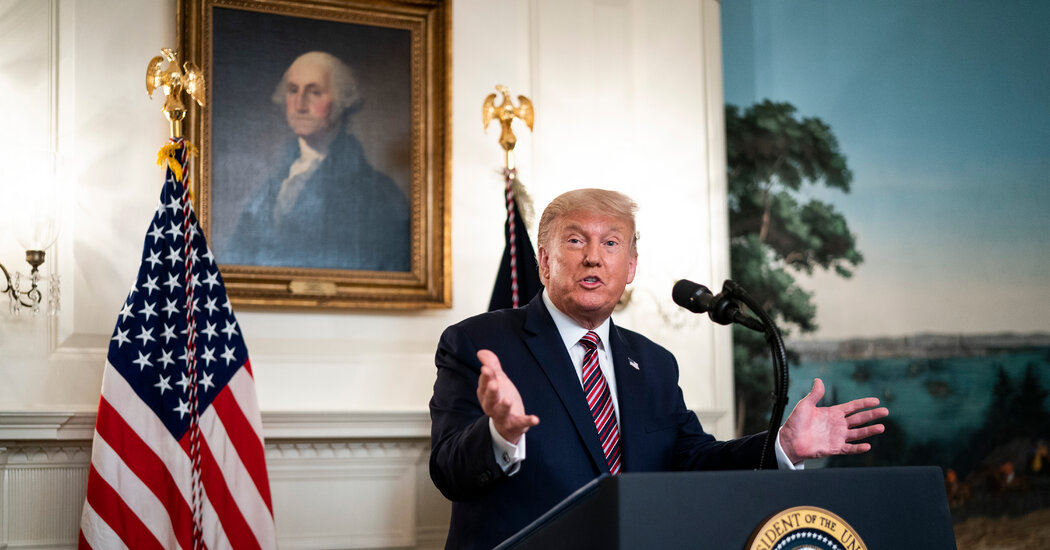 President Trump, who counts his two Supreme Court appointments as among his greatest successes, issued a new list on Wednesday of 20 potential nominees to the court, reviving an issue he believes was a key to his victory four years ago as he faces a difficult re-election fight.

In 2016, similar lists helped persuade wary conservatives to support his unconventional candidacy, particularly because the death of Justice Antonin Scalia had created a pending vacancy. The new list was issued although there is no current vacancy, suggesting that the move had at least partly political aims.

Mr. Trump now has about 40 potential nominees to choose among should a vacancy arise. Before listing the new candidates on Wednesday, he singled out three judges from earlier lists who are widely believed to remain front-runners: Amy Coney Barrett of the United States Court of Appeals for the Seventh Circuit, in Chicago; Thomas M. Hardiman of the Third Circuit, in Philadelphia; and William H. Pryor Jr. of the 11th Circuit, in Atlanta.

The new list included three Republican senators: Tom Cotton of Arkansas, Ted Cruz of Texas and Josh Hawley of Missouri. Over the nation’s history, it was not unusual for sitting senators to be named to the Supreme Court, though it has been almost half a century since a former senator sat on the court.

Mr. Hawley said he had told the president he was not interested in the job. “My principal role in this process, this latest process, was to state where I will begin with judicial nominees, which is asking where they are on Roe vs. Wade,” he said, referring to the 1973 decision that established a constitutional right to abortion.

Mr. Cotton, for his part, made his position clear shortly after Mr. Trump spoke. “It’s time for Roe v. Wade to go,” he wrote on Twitter.

Mr. Cruz, also writing on Twitter, said he was honored to be considered.