Trump’s Pardon Process Was a Mix of Mercy and Favoritism 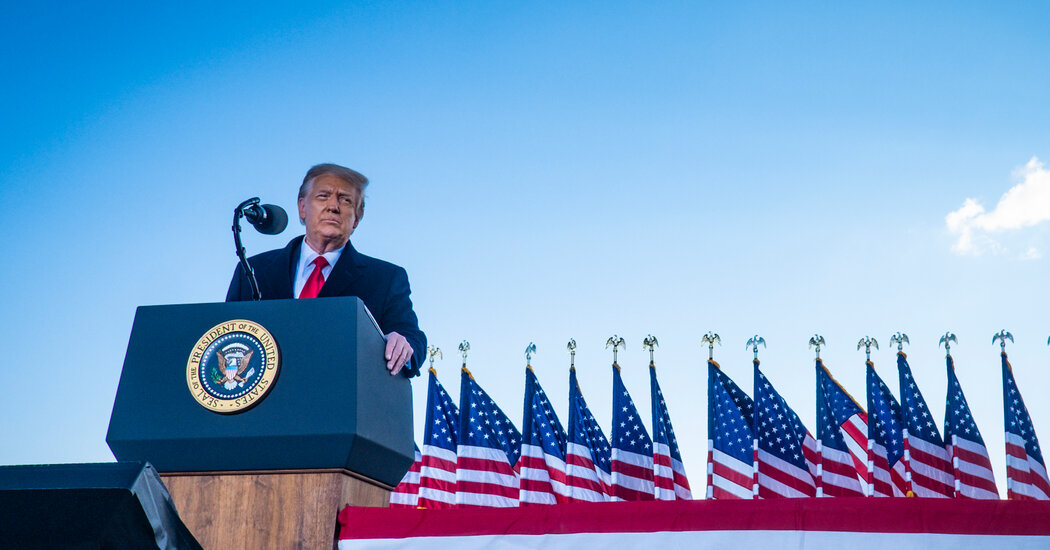 Darrell Frazier believed he had found a path out of his life sentence in federal prison, with a president whose allies had advocated a broad use of pardons and a new clemency initiative. Mr. Frazier thought he seemed like a perfect candidate.

But when Barack Obama left office in 2017 having pardoned or commuted the sentences of more people than any other president, Mr. Frazier was not among them. The Justice Department had denied his application for clemency.

So when Mr. Obama’s successor, Donald J. Trump, took office, Mr. Frazier resolved to try a different path. Instead of only going through the formal channels, he also tried to get the attention of people with direct access to Mr. Trump.

After years of writing letters to celebrities, activist organizations and even Mr. Trump’s son-in-law, Jared Kushner, Mr. Frazier got his break. An activist who had worked with the administration took Mr. Frazier’s case directly to Mr. Trump’s daughter Ivanka, who had been taking pardon requests to her father in his final days in office. And early Wednesday morning, Mr. Trump’s last day as president, Mr. Frazier’s counselor came to his cell to deliver the news: He had been pardoned and would soon be released.

“It just blew me away,” said Mr. Frazier, 60, who had served 32 years of a life sentence after being convicted of a conspiracy to sell cocaine.

While Mr. Trump was heavily criticized for issuing dozens of pardons to political allies and friends, there also were numerous cases that won the praise of activists for providing relief to people serving harsh sentences for relatively minor, nonviolent offenses.

Mr. Frazier’s case in many ways epitomized Mr. Trump’s mixed record on criminal justice. On the one hand, he did support some bipartisan reforms to reduce the prison population. On the other, the pardon process showed Mr. Trump’s ad hoc, somewhat capricious approach to justice, one that often required special access and was motivated by optics and political expediency during an election where he set out to target more Black voters, some activists said.

“Trump did nothing to actually address the racist practices of the prison industrial complex,” said Thenjiwe McHarris, a member of the leadership team for the Movement for Black Lives. “While we support those he pardoned, we just also want to acknowledge that it was done as a spectacle — an attempt to paint him as a savior while not actually addressing the harms of the actual system.”

The pardon process, and criminal justice reform more broadly, will be among the areas in which President Biden is most closely scrutinized because of his previous record of promoting tough-on-crime policies. He was an architect of the 1994 crime bill, legislation that has since been criticized across the political spectrum for leading to overpopulated prisons and the devastation of Black families.

Though Mr. Biden has apologized for his past actions on criminal justice, activists say he will have to prove his sincerity.

“I think that for me the jury is still out,” said Syrita Steib, who was among those to receive a pardon from Mr. Trump on his final day and runs an organization that helps women who are currently and formerly incarcerated.

She added that Mr. Biden and Vice President Kamala Harris took actions that helped to create the punitive justice system of today. “It’s my hope that this administration will begin to right the wrongs that they created years ago,” she said.

During the campaign, Mr. Biden promised to use his clemency power “broadly” to secure the release of individuals facing unduly long sentences for certain nonviolent and drug crimes. He said he would build on the legacy of Mr. Obama, under whom he served as vice president.

A White House spokesman on Friday declined to comment on the president’s plans.

Part of the challenge will be reforming a clemency system that many view as arcane and unfair.

The pardon attorney’s office, operating out of the Justice Department, is responsible for reviewing the petitions for pardons and sentence commutations and making recommendations for clemency to the president. That system has left thousands of petitions waiting for review with a small team of lawyers unable to keep up.

In the past, some advocates have argued that the pardon office should operate out of the White House. In an informal way, that is what Mr. Trump did in an operation that reflected the personal interests of his family members and appealed to Mr. Trump as an issue that he believed would please Black voters.

Jessica Jackson, a lawyer who advocated for clemencies during the Obama and Trump administrations, said pardons should be run by an independent office. It was a conflict of interest for the Justice Department to both prosecute cases and decide who gets pardoned, said Ms. Jackson, who brought Mr. Frazier’s case to Ms. Trump.

There needed to be a systemic mechanism for granting clemencies so that they occur more frequently, she said, rather than presidents jamming them through before leaving office. Ms. Jackson said she felt there would be a real openness on the part of the incoming administration to reforming the pardon process and the criminal justice system more broadly.

“He’s looking for issues where he can find common ground on both sides of the aisle,” Ms. Jackson said of Mr. Biden. “I think this issue naturally presents itself.”

What that reform looks like, though, will be hotly debated and scrutinized in the months and years ahead.

President Trump has discussed potential pardons that could test the boundaries of his constitutional power to nullify criminal liability. Here’s some clarity on his ability to pardon.

Mr. Trump’s most notable legislation on criminal justice reform was the First Step Act, but even that was criticized by many activists as being far too modest to effect real change. Still, those intimately involved with Mr. Trump’s pardon process seemed unwilling to let his tough-on-crime approach — he oversaw more federal executions than any president in more than 120 years — derail the work on clemencies.

This week’s pardons included Chalana McFarland, who was sentenced in 2005 to 30 years for multiple counts of mortgage fraud, and Michael Pelletier, who was serving a life sentence in federal prison for a nonviolent marijuana conspiracy offense. But he also pardoned Al Pirro, the ex-husband of one of his favorite Fox News hosts, Jeanine Pirro; Stephen K. Bannon, his former chief strategist; and Elliott Broidy, one of his top fund-raisers in 2016.

Alice Johnson, a onetime drug convict, had served 22 years of a life sentence when her case caught the eyes of Mr. Trump because Kim Kardashian had brought it to his attention. Mr. Trump commuted her sentence in 2018 and then pardoned her after she praised him at the Republican National Convention in 2020.

Her path to the Trump White House had given her what she saw as a unique opportunity to make a difference, and she became a key part of the informal clemency process. The president personally asked her to help him find other people with stories like her own, she said.

“I took him up on it and stayed on top of them,” Ms. Johnson said. “There was no way I was going to let that opportunity pass.”

Working mostly with Mr. Kushner and, in the final days of the administration, Ms. Trump, Ms. Johnson provided long lists of strong cases to the White House. Mr. Kushner and Ms. Trump would select stories that resonated with them, and then bring those cases to the White House Counsel’s Office and the Justice Department for vetting, before making their cases directly to Mr. Trump.

Mr. Frazier said he felt he had a pretty good chance of getting on Mr. Trump’s radar more than a year ago when CAN-DO Justice Through Clemency, an organization that advocates for incarcerated nonviolent offenders, took his case. The organization had won other pardons.

But one thing that really made him think Mr. Trump would consider his case was when he heard the former president describing his former lawyer, Michael Cohen, as a rat for talking to prosecutors.

It made him think that Mr. Trump could empathize with people like him — Mr. Frazier’s ultimate downfall was someone from the drug operation testifying against him, he said. So when he heard about the comment, he said he turned to a fellow inmate and told him: “The president’s going to get me out. He sounds like us in here.”