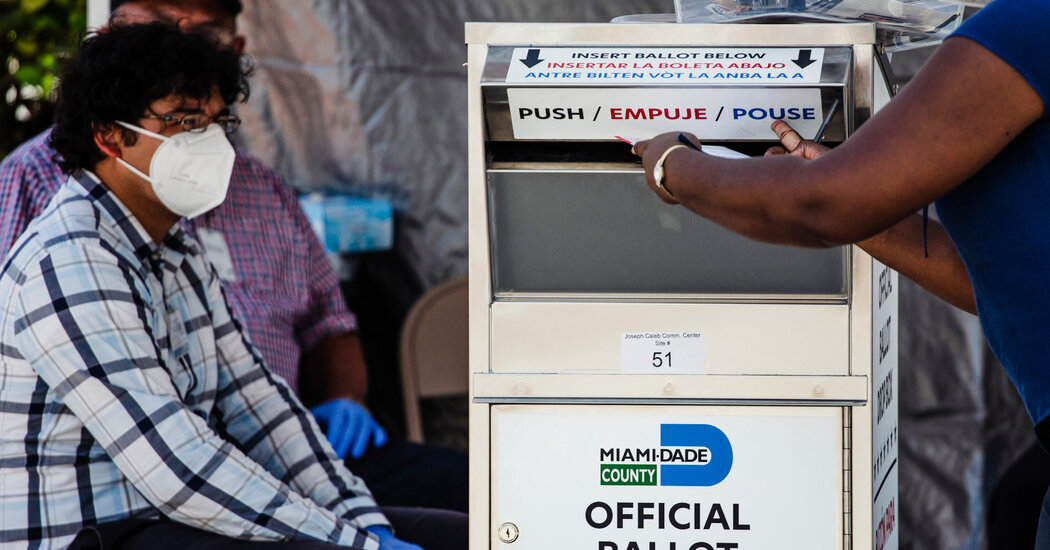 President Trump’s call for people to test the integrity of the elections system by trying to vote both by mail and in person has created new headaches for state election officials, who are already dealing with the formidable task of holding an election during a pandemic.

Douglas A. Kellner, co-chairman of the New York State Board of Elections, accused Mr. Trump on Thursday of fueling concern in the minds of voters and, in doing so, adding more work to county elections boards already “stretched to the limit” by a presidential election and the coronavirus.

“It’s hard to imagine how we could add any more stress to the system,” said Mr. Kellner, a Democrat.

Maggie Sheehan, a spokeswoman for Frank LaRose, Ohio’s secretary of state, a Republican, said, “Ohio voters are encouraged to choose one way to vote, as any additional effort to cast a ballot will not be counted and unnecessarily burdens election officials.”

And Jena Griswold, Colorado’s secretary of state and a Democrat, said, “2020 has been unprecedented in so many ways, but I never imagined that as secretary of state I would have to inform both the president and the U.S. attorney general that it is illegal to vote twice.”

That was after Attorney General William P. Barr suggested during an interview with CNN that he was not sure whether voting twice was illegal in North Carolina.