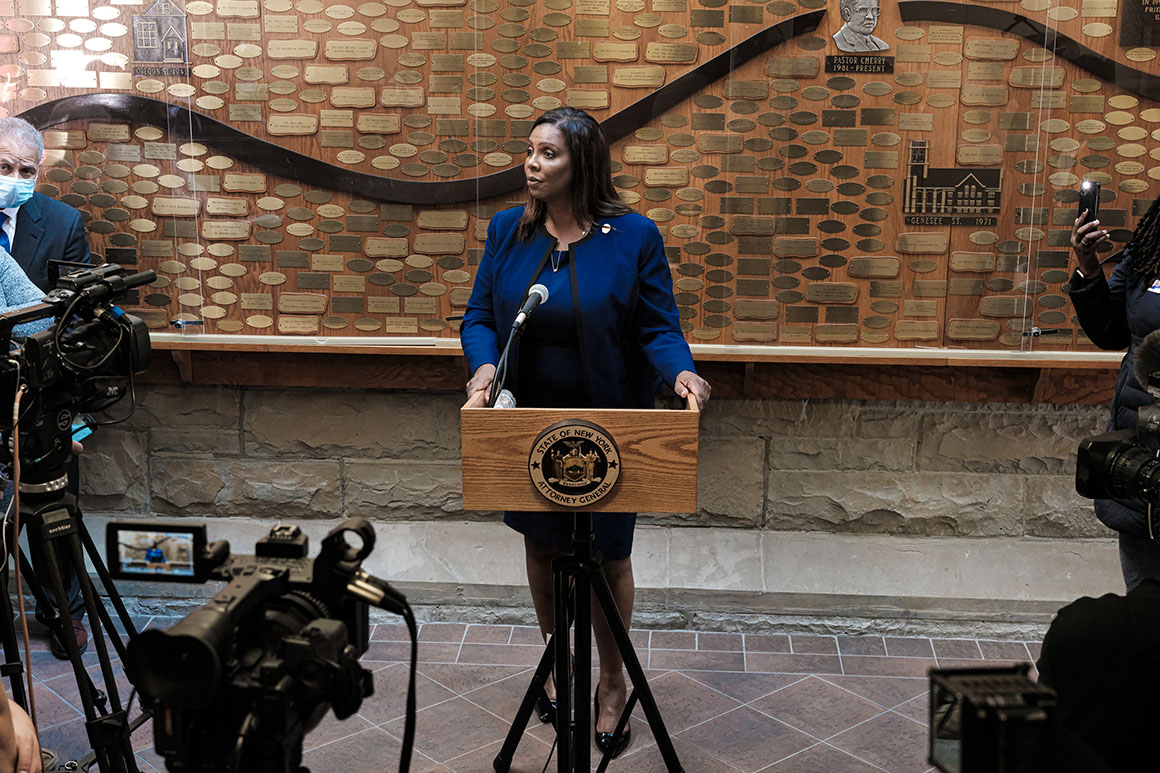 James’ office has been conducting a yearslong civil inquiry into Trump’s business dealings. That is ongoing but has subsequently evolved and is “no longer purely civil in nature,” according to a spokesperson for James.

“We are now actively investigating the Trump Organization in a criminal capacity, along with the Manhattan D.A.,” spokesperson Fabien Levy said Tuesday.

The attorney general had been investigating allegations that Trump and his family intentionally misreported property values for tax purposes, while Manhattan District Attorney Cy Vance Jr. has been in a protracted legal battle with Trump to obtain his past tax returns and other financial records as part of an ongoing fraud probe.

Trump has denied any wrongdoing and claimed to be a victim of a wide-ranging “witch hunt” — a label he has affixed to the two impeachment proceedings against him, as well as the special counsel investigation that loomed over much of his four years in office.

“That is what these investigations are all about — a continuation of the greatest political Witch Hunt in the history of the United States,” Trump said on Wednesday. “Working in conjunction with Washington, these Democrats want to silence and cancel millions of voters because they don’t want ‘Trump’ to run again.”

The 900-plus-word statement is easily one of the longest he’s issued since leaving office in January and reflects the highly combustible nature of the investigations into his business affairs — long one of Trump’s biggest third rails.

Investigators have reportedly been applying considerable pressure on Allen Weisselberg, the Trump Organization’s longtime chief financial officer, ostensibly to get him to divulge information related to these probes. Jen Weisselberg, his former daughter-in-law, has said she is cooperating with both investigations.

Trump blasted James for statements she made prior to winning office in 2018 about holding the then-president accountable for his potential misdeeds and knocked Vance’s office for relying on information from Trump’s former lawyer and fixer Michael Cohen — whom Trump has soured on in the years since Cohen turned against him and pleaded guilty to several felony counts.

The former president accused investigators of trying to deflect from the level of crime in their jurisdiction, and to weaken him politically as he continues to be an outsize force in the Republican Party.

“If these prosecutors focused on real issues, crime would be obliterated, and New York would be great and free again!” he said in the blog post.

It is unclear whether Vance will be around to see through the investigation to its eventual conclusion, since he is not running for reelection and his term expires at the end of the year.