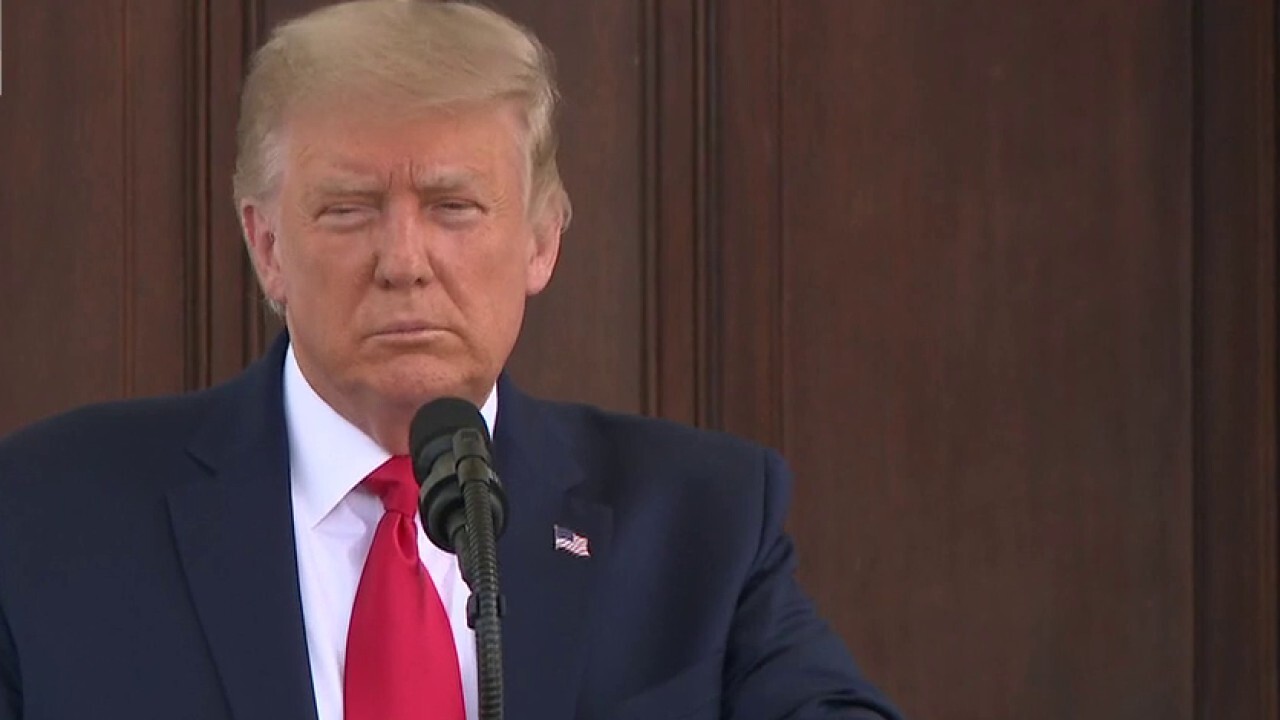 President Trump told a reporter to remove his face mask during a Labor Day press conference at the White House on Monday, arguing that he couldn’t hear the “muffled” question.

After touting the United States’ economic recovery in the wake of the coronavirus and slamming his Democratic rival Joe Biden as a “pawn” for China, Trump opened up the conference for questions. When Jeff Mason of Reuters stood up to speak, Trump interjected.

“You’re going to have to take that off, please. You can take it off. How many feet are you away?” the president said.

Mason declined to remove his mask, but offered to “speak a lot louder.”

“Well, if you don’t take it off — you’re very muffled,” Trump responded, “so if you would take it off, it would be a lot easier.”

Mason again offered to speak “a lot louder,” and raised his voice as he asked Trump “Is that better?”

The president appeared to take a jab at Mason at a later point in the conference when he observed that another reporter who removed his mask sounded “so clear…as opposed to everybody else, where they refuse.”