Trump shifts the 2020 focus by again threatening to undermine the democratic process. 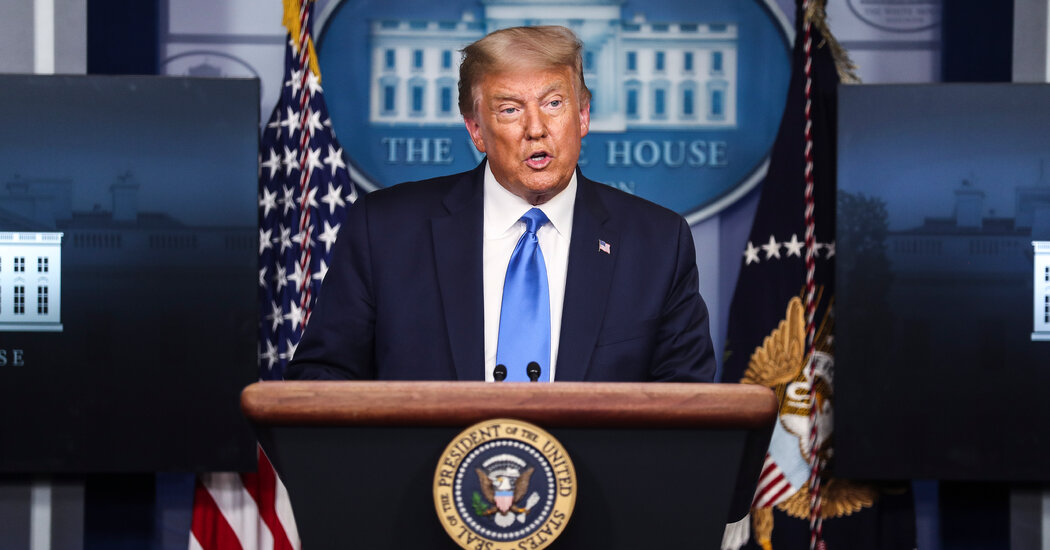 President Trump’s refusal on Wednesday to commit to a peaceful transfer of power enraged Democrats and again put Republicans in a difficult position as their party leader continued to make remarks aimed at delegitimizing the election.

And this was no typical Trump provocation: Acceding to the will of the voters is the linchpin of American democracy.

“Any suggestion that a president might not respect this Constitutional guarantee is both unthinkable and unacceptable,” Senator Mitt Romney of Utah said on Wednesday night.

For Republicans hoping to retain the White House and the Senate, it was something else: unhelpful.

G.O.P. lawmakers and strategists have, for the first time in weeks, expressed optimism about their prospects. Their hope: that the coming fight over filling the Supreme Court seat held by Justice Ruth Bader Ginsburg will turn attention away from Mr. Trump and the coronavirus and refocus it on a more partisan, red-and-blue clash.

But Mr. Trump does not appear intent on cooperating with these plans.

His comments about the transfer of power were only his latest provocation — of the day. Earlier Wednesday, he flatly predicted that the presidential election would end up in the Supreme Court and said that was why he wanted a full slate of justices, barely concealing his hope for a friendly majority on the court.

“I think this will end up in the Supreme Court and I think it’s very important that we have nine justices, and I think the system’s going to go very quickly,” Mr. Trump said of the need for a quick confirmation process.

The night before, at a rally near Pittsburgh, Mr. Trump hurled xenophobic attacks at Representative Ilhan Omar of Minnesota, who immigrated to the United States from Somalia as a girl in the 1990s.

“She’s telling us how to run our country,” the president said. “How did you do where you came from? How is your country doing?”

The night before that, at another rally, Mr. Trump said the coronavirus “affects virtually nobody” — never mind that the country’s death toll from the virus just crossed 200,000.

This is all to say that the Republican hopes of the Supreme Court fight reshaping the election will have to contend with a president determined, intentionally or not, to keep the focus on himself.