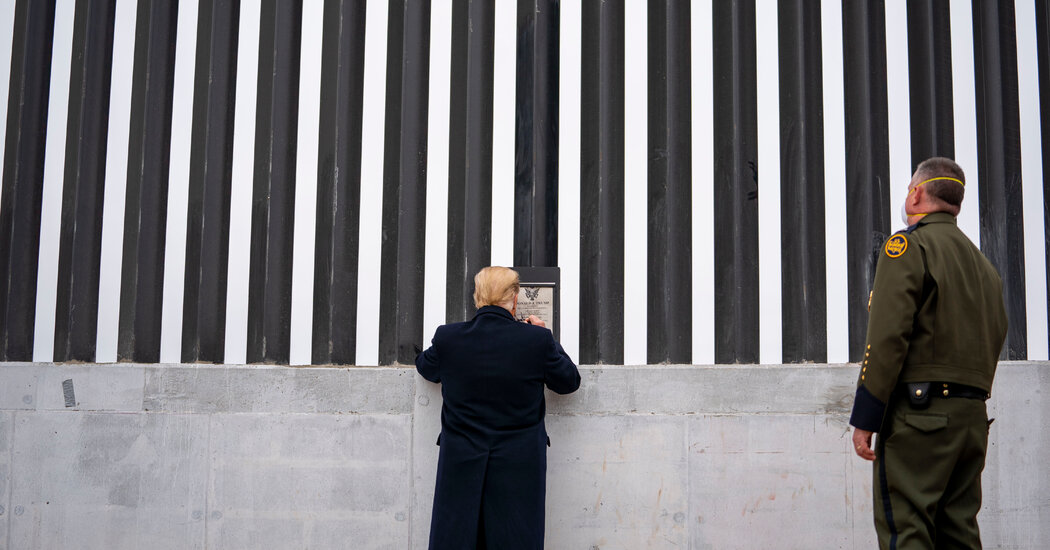 The Republican Party and its politicians in Texas have been called on by donors and constituents to answer for the chaos in Washington in which hundreds of the president’s supporters rioted in the Capitol, leaving five people dead.

AT&T, the telecommunications and entertainment colossus based in Dallas, said it was suspending contributions to members of Congress who voted last week to object to certified Electoral College votes for President-elect Joseph R. Biden Jr. Lawmakers targeted by the move included 17 Texas Republicans.

The Houston Chronicle, the hometown newspaper of Senator Ted Cruz, called on Mr. Cruz to resign over his amplification of Mr. Trump’s baseless claims of election fraud. Revealing fissures among Republicans in the state, criticism of Mr. Cruz is also coming from some elected conservatives, including State Representative Lyle Larson of San Antonio.

Upset with Mr. Cruz’s public pronouncements in recent days, Mr. Larson said on Twitter that the junior senator from Texas “needs to be quiet and stop embarrassing himself, his family and our state. A few others from Texas should join him.”

The Rio Grande Valley is the busiest transit point for unauthorized immigration into the United States. The Trump administration made the region a focus of its enforcement efforts, including construction of new sections of wall, though it encountered resistance from many private landowners along the border.

“One of the big elements of the wall that makes it so successful is we can have far fewer people working now, they can be working on other things, other things related to crime and drug prevention,” said Mr. Trump, sounding somewhat subdued, during a brief speech on Tuesday afternoon in front of a section of the wall.