Trump says he will nominate Chad Wolf to be secretary of homeland security. 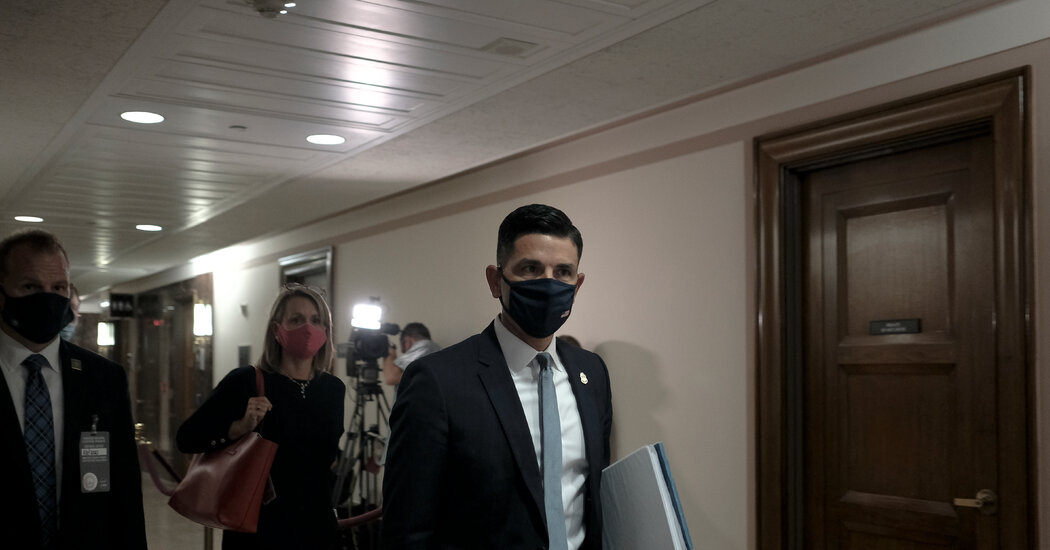 President Trump said on Tuesday that he would nominate Chad F. Wolf to be confirmed as the secretary of the Department of Homeland Security, even after a government watchdog issued a report saying Mr. Wolf, currently the acting secretary of the department, was serving in his role illegally.

“Chad has done an outstanding job and we greatly appreciate his service!” Mr. Trump said on Twitter.

Mr. Wolf, the former chief of staff for former Secretary of Homeland Security Kirstjen M. Nielsen, has led the agency since November of last year after the resignation of his predecessor, Kevin McAleenan. The Homeland Security Department has not had a confirmed secretary since April of 2019, when Mr. Trump forced out Ms. Nielsen.

At the time of Ms. Nielsen’s ouster, the Trump administration improperly reordered the department’s order of succession to install Mr. McAleenan, then the commissioner of Customs and Border Protection, as the head of the department, the Government Accountability Office found earlier this month. The report found the subsequent moves involving Mr. Wolf and the acting deputy secretary of homeland security, Kenneth T. Cuccinelli II, were “also improper because they relied on an amended designation made by Mr. McAleenan.”

But the government watchdog does not have the authority to enforce the findings on the administration. Mr. Wolf has also won praise from Mr. Trump in recent months with ongoing construction of the president’s border wall and aggressively defending the deployment of Homeland Security agents to mass demonstrations in Portland, Ore. The decision to send the agents has prompted accusations that Mr. Wolf has turned the agency into a tool that can be bent to the political whims of Mr. Trump.

“I am honored to be nominated by President Trump to lead the men and women of the Department of Homeland Security in safeguarding the American people,” Mr. Wolf said in a statement. “As the Homeland faces evolving threats from natural disasters, violent opportunists, malign cyber actors, and transnational criminal organizations, the mission of DHS is as critical as ever.”