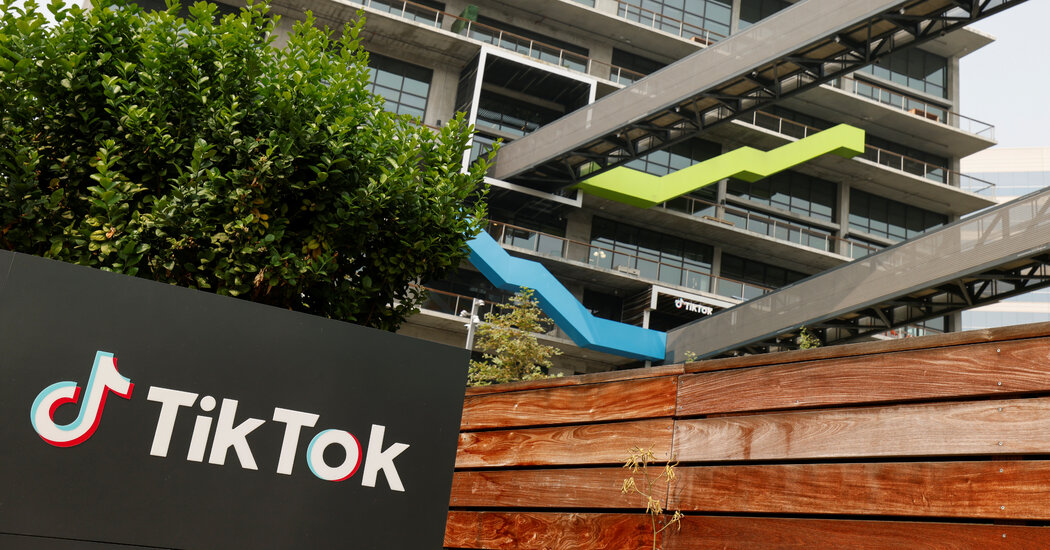 President Trump said on Monday that he would not approve a deal for TikTok if its Chinese owner did not fully sell its interest in the product, a move that would scuttle an arrangement that was expected to help the app avoid a federal ban.

Asked about reports that TikTok’s Chinese owner, ByteDance, would still own 80 percent of the service after the deal, Mr. Trump said that they would “have nothing to do with it, and if they do we just won’t make the deal.”

He said Oracle and Walmart, which under the deal would take a 20 percent stake in the new company, TikTok Global, would control the service.

“And if we find that they don’t have total control, then we’re not going to approve the deal,” he said during an appearance on “Fox & Friends.”

His comments came as TikTok disputed the ownership structure that was sketched out by Oracle and the Trump administration.

A spokesman for TikTok said on Sunday that ByteDance would hold 80 percent of the new company until a planned public offering for the service took place on the U.S. stock market in about a year. Oracle and Walmart would hold a 20 percent stake, the spokesman said. ByteDance echoed that characterization in a statement posted to apps in China on Monday and said that the deal did not involve a transfer of TikTok’s valuable algorithm.

But on Monday, Oracle disputed part of TikTok’s description of the deal. Ken Glueck, an executive at the company, said in a statement that upon “creation of TikTok Global, Oracle/Walmart will make their investment and the TikTok Global shares will be distributed to their owners, Americans will be the majority and ByteDance will have no ownership in TikTok Global.”

The back and forth underscores how fluid the deal remains and that — despite Mr. Trump’s comments Saturday that he had given the deal his “blessing” — TikTok could still fail to satisfy the government’s national security concerns. On Saturday, the Commerce Department delayed for one week a plan to ban TikTok from U.S. app stores while the government reviews the transaction. If it doesn’t satisfy Mr. Trump’s concerns, new downloads of TikTok could essentially be banned in the United States.

The Chinese government also released new regulations last month that appeared to make it difficult to sell TikTok’s core technology without a license, raising the prospect Beijing could move to block a deal.