Trump releases a largely detail-free agenda for a second term. 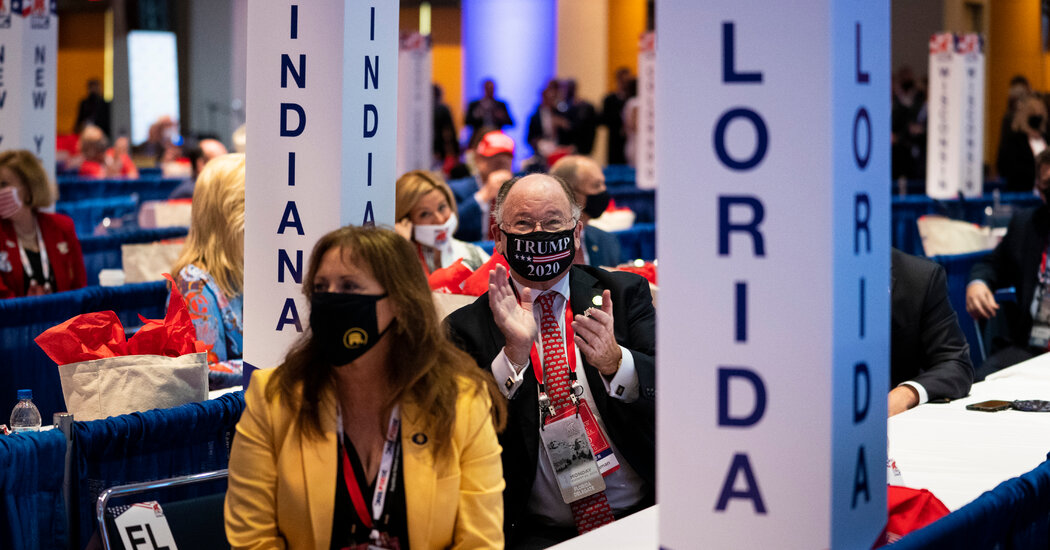 President Trump, who has struggled to answer basic questions about what he would do with a second term, on Sunday night released a list of vague statements about his agenda for four more years.

The list was featured under the headline “President Trump: Fighting for You!” and included broad, detail-free pledges. Some were standard fare, like promises of millions of new jobs, and there were also some of Mr. Trump’s broad pledges, like “hold China fully accountable for allowing the virus to spread around the world.”

“Return to normal in 2021” was another pledge, a reference to the social distancing measures that have caused widespread disruptions in states as officials have tried to stop the coronavirus pandemic.

Then there were the more esoteric pledges, like, “Drain the Globalist Swamp by Taking on International Organizations That Hurt American Citizens.”