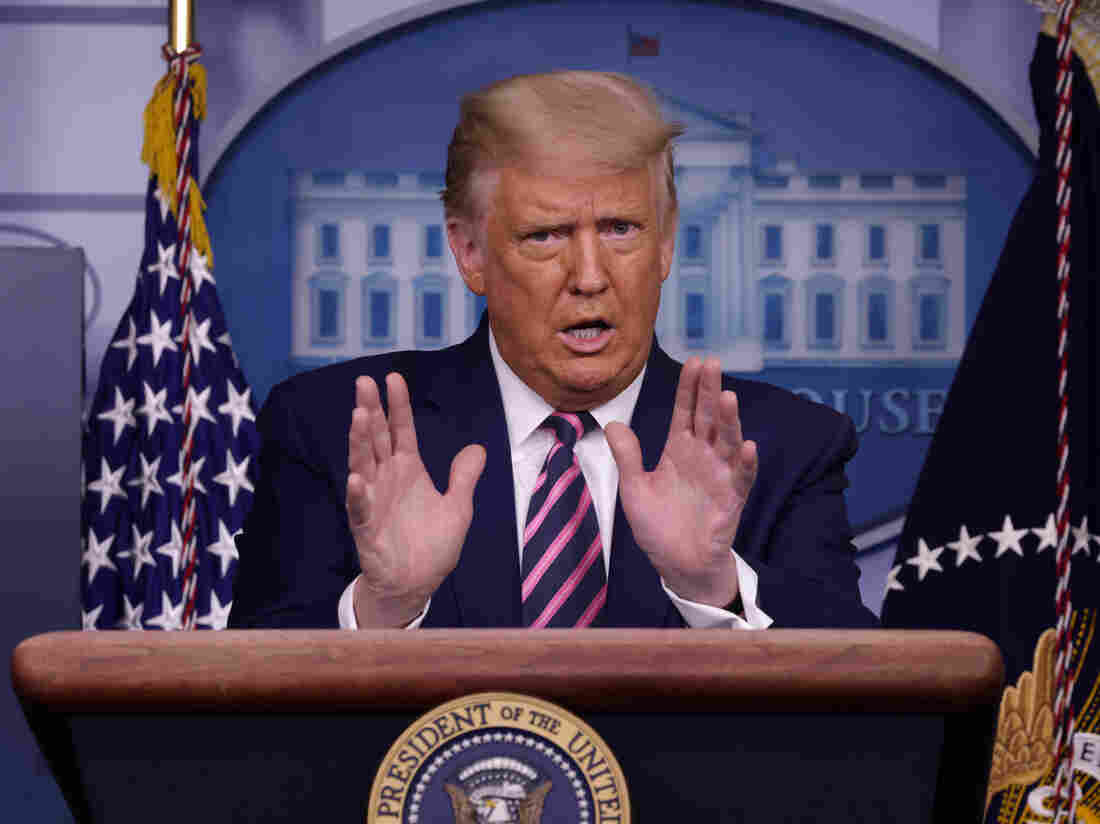 President Trump speaks Friday at a news conference at the White House. He has made fast-tracking a vaccine against the coronavirus a core tenet of his reelection pitch. Alex Wong/Getty Images hide caption 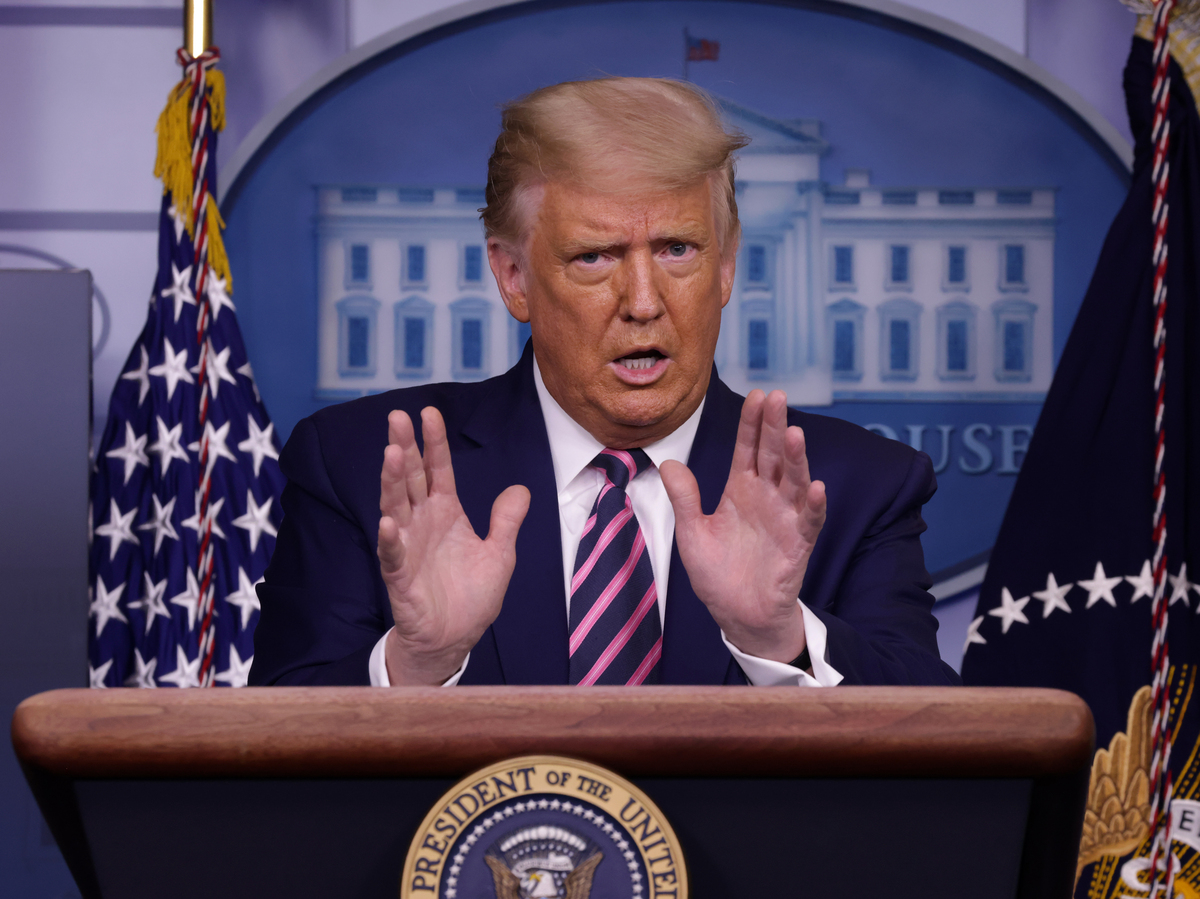 President Trump speaks Friday at a news conference at the White House. He has made fast-tracking a vaccine against the coronavirus a core tenet of his reelection pitch.

President Trump on Friday said “every American” will have a vaccine for the coronavirus available by April, escalating already ambitious goals to fast-track a vaccine for the virus that has killed nearly 200,000 people in the United States.

He also promised more than 100 million doses available by the end of the year. The most optimistic scenario included in a distribution plan that the Centers for Disease Control and Prevention released Wednesday would put the number of available vaccine doses at 45 million by the end of the year. Each person is expected to need two shots for protection against the coronavirus, so that would be enough for 22.5 million people.

During Friday’s briefing, Trump said that distribution of a vaccine will begin within 24 hours of its readiness.

“I think distribution will go even quicker than most people think,” he said.

The timeline for when a vaccine can reasonably be expected has been a point of contention within the federal government.

In Wednesday testimony to the Senate, CDC Director Robert Redfield said a vaccine against the coronavirus likely would not be available for widespread distribution until next summer or fall.

Trump later that day re-upped his pledge that a vaccine could be ready as soon as October and said that Redfield, a 30-year veteran in the field of virology and infectious disease, had “misunderstood” and “made a mistake” in his assessment of a vaccine’s timing.

Operation Warp Speed, the federal government’s coronavirus vaccine initiative, has six different vaccines at various stages of clinical testing. But challenges remain in getting the vaccines proved safe and effective and then authorized by the Food and Drug Administration and distributed.

Scott Hensley contributed to this report.