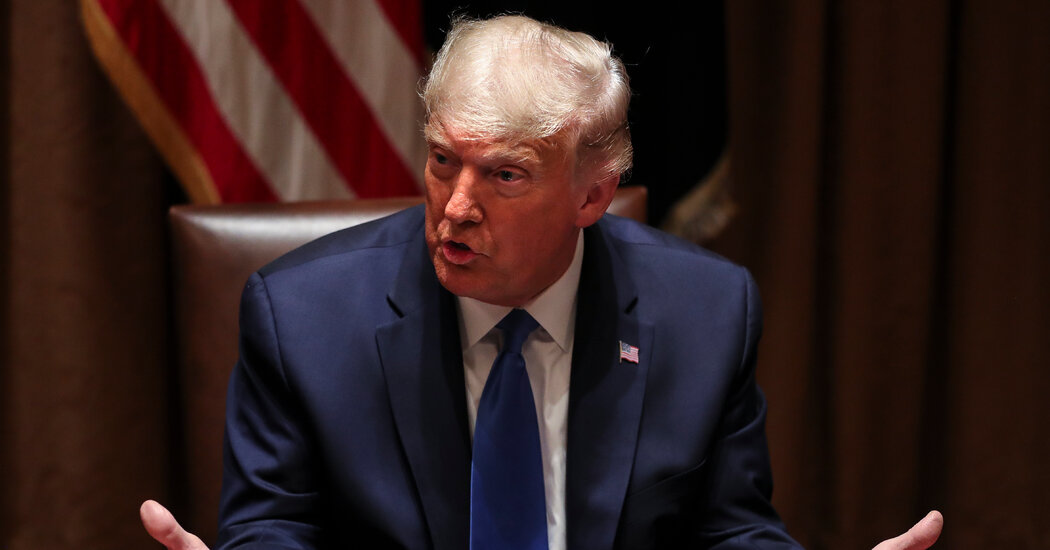 WASHINGTON — President Trump nominated on Wednesday a onetime aide to one of his top congressional allies to serve as the inspector general of the intelligence community, succeeding a former official who played a role in revealing the Ukraine whistle-blower complaint that prompted impeachment proceedings and was later fired.

The nominee, Allen Robert Souza, who must be confirmed by the Senate, is a senior intelligence official on the National Security Council staff who previously served on the intelligence staff of Representative Devin Nunes, Republican of California and one of the president’s fiercest supporters on Capitol Hill.

The inspector general is traditionally meant to be an apolitical watchdog of the nation’s spy agencies. The official who previously held the job, Michael Atkinson, was swept up in the Ukraine affair when the whistle-blower, a C.I.A. officer who anonymously raised concerns about Mr. Trump’s July 2019 call with President Volodymyr Zelensky of Ukraine, filed his complaint to Mr. Atkinson. He then clashed with the Justice Department about whether he could legally forward the complaint to Congress.

Congress ultimately obtained the complaint, prompting the House inquiry into Mr. Trump’s dealings with Ukraine and his impeachment.

The Republican-led Senate acquitted Mr. Trump, and in the ensuing weeks he moved to clear out several inspectors general or other officials deemed insufficiently loyal, including Mr. Atkinson, who was dismissed in April. Though presidents appoint inspectors general, they are intended to have a degree of independence to investigate claims of waste, fraud and abuse.

Before working on the National Security Council staff, Mr. Souza was the minority staff director and general counsel for the House Intelligence Committee, for which Mr. Nunes leads the Republican minority.

Mr. Nunes has helped place members of his staff in key national security and intelligence jobs in the Trump administration, including Michael Ellis, who now leads the National Security Council intelligence team, and Kash Patel, who has served in senior posts at the council and in the Office of the Director of National Intelligence.

Critics have seen Mr. Nunes’s aides as deeply ideological, in large measure because they viewed the investigation into Russian influence in the 2016 election as a liberal plot to undermine Mr. Trump. As the minority staff director, Mr. Souza helped shape the Republican attack on the report by Robert S. Mueller III, the special counsel investigating Russian interference in 2016 and any links to the Trump campaign.

The appointment of more of Mr. Nunes’s aides to senior positions inside the Office of the Director of National Intelligence will most likely be seen by critics as a further politicization of the office.

The director of national intelligence, John Ratcliffe, is a former House member who served on the Intelligence Committee and was an outspoken defender of Mr. Trump while in Congress. Mr. Souza was the staff director when Mr. Ratcliffe was on the committee.

A spokeswoman for Mr. Ratcliffe did not immediately respond to a request for comment.